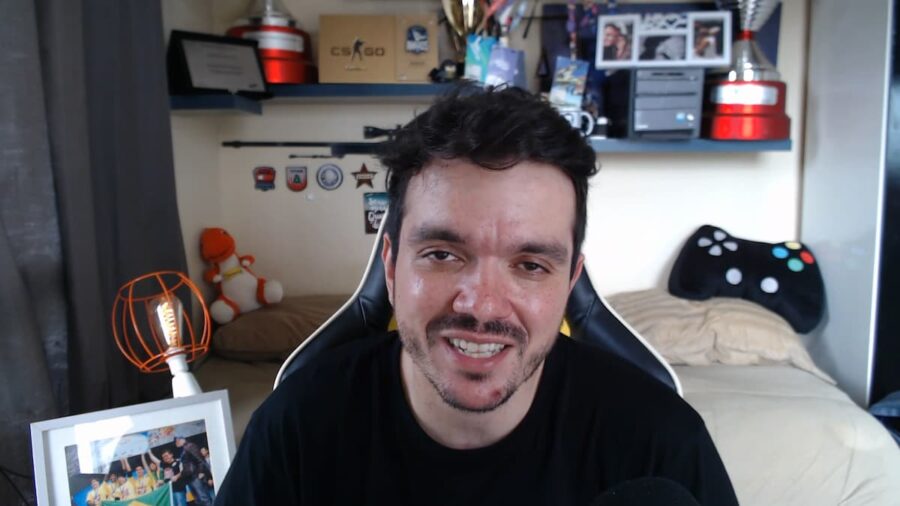 Alexandre "gAuLeS" Borba, or Gaules, is one of the most popular Brazilian Twitch streamers, with over 50,000 subscribers and hundreds of thousands of followers. But how much does Gaules make from his stream?

After streaming CS:GO for thousands of hours, Gaules has built up a sizable following. According to recent alleged leaks on Twitch subscriber pay outs, Gaules earned over $2.8 million in the period between August 2019 and October 2021.

After streaming CS:GO for thousands of hours, Gaules has built up a sizable following. According to recent alleged leaks on Twitch subscriber payouts, Gaules earned over $2.8 million between August 2019 and October 2021.

Related: How much money does Nickmercs make as a Twitch streamer?

Instead, Gaules' true earnings might be much higher. With the streamer restreaming and commenting on numerous professional CS:GO games and acquiring sponsorship and deals with Twitch, the real amount could exceed these initial estimations. Additionally, donations and other forms of income related to streaming are not included in the leak.

Ultimately there’s no way to know exactly how much Gaules earns from Twitch unless he makes an official statement. However, like most people, Twitch streamers tend to keep their personal finances private. But with the alleged leaks, we can at least estimate the amount to be at least seven figures.

For more details about Twitch earnings from the recent leaks, check out Which Twitch Streamers made the most from Subs In 2021? on Pro Game Guides.

How much money does TimTheTatman make as a Twitch streamer?