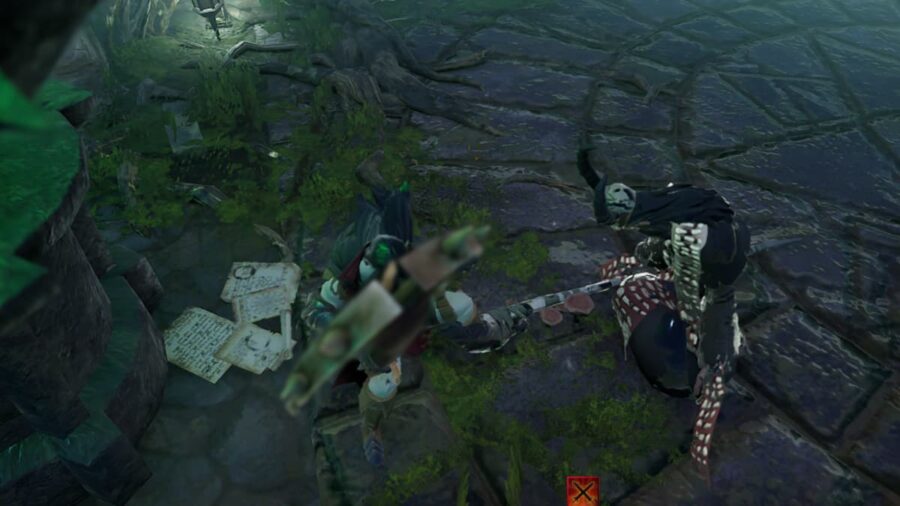 Once you raise your Gear Level, you will be able to face him in the Forgotten Cemetery in the location shown below in Farbane Woods.

How to beat Nicholaus the Fallen in V Rising

If you want to beat Beat Nicholaus the Fallen without pulling your hair out of your head, we recommend getting the following first:

Once you got everything listed above, the fight with Nicholaus because pretty straightforward. In short, you will want to circle around Nicholaus, spamming both Chaos and Aftershock combined with Rain of Bolts from your Crossbow. You will also want to watch out for AOE attacks in the form of floating green skulls from Nicholaus. We recommend saving Veil movement skills to get out of the AOE attacks.

But for the most part, you shouldn't have too many problems as long as you keep circling and spamming the three attacks. If you do end up running into issues, keep trying, and you will eventually kill them or bring a friend along to make the fight go even faster.

What is the Forgotten Cementary in V Rising?

The Forgotten Cemetery is one of many locations in Farbane Woods. The Location has high volumes of undead enemies and can be used to farm the following resources:

Where to find Nicholaus the Fallen in V Rising