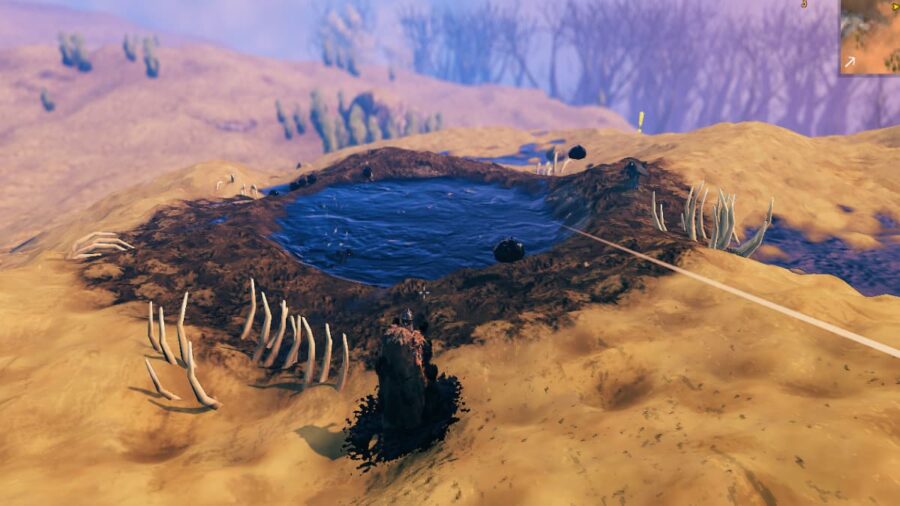 Tar pits are a new location that players must find to harvest tar that was just added with the recent Hearth and Home update for Valheim. To find tar pits, you will need to head into one of the most dangerous biomes in the game, the plains biome.

Inside the plains, you can get find tar pits in various locations, such as the one feature above. At these tar pits, you will be able to harvest tar from enemies called growths. These are pretty much just tar slimes and can inflect a similar effect as their slime counterparts.

Related: How to make a muckshake in Valheim

If these growths hit you, it will cause you to gain a new status called tarred, which slows your moment down. So because of this, you'll want to deal with these growths at range with a decent bow with maybe fire arrows.

When you clear the growths from the tar pit, you will be able to harvest tar drops from them and small nodes tar nodes around the pit. You can also get even more if you drain the pit with a pickaxe.

To drain the pit, dig a small trench leading into another hole from the pit. Doings so should allow you to drain the pit, but keep in mind, it's going to take a while, so it might be worth building a workbench nearby and bringing along a decent pick.

Once you get some tar, you will be able to make several new items, and building types called dark wood if you have a hammer in Valheim.