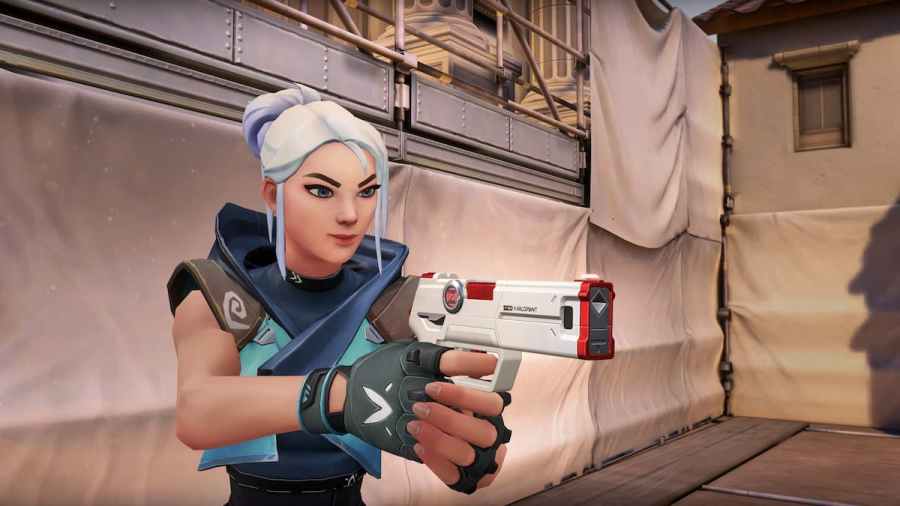 Valorant currently has 17 weapons, and most of them have a unique spray pattern that players can master to achieve better recoil control. Out of all the weapons, only eight are automatic and can eliminate multiple opponents with a full spray, if used correctly.

The Frenzy pistol has 13 bullets in a magazine, and its pattern becomes inconsistent after the first two shots. Its recoil pattern first goes left before veering off to the right side. To control this pattern, simply shift your mouse opposite to the recoil deviation as soon as the bullet trace starts elevating. Players with low sensitivity will have to compensate for this by moving their mouse quite a bit, whereas those who play with high sensitivity will merely have to make a micro-adjustment to control the recoil.

The burst-fire Stinger SMG does have an auto-fire mode, but its recoil is tough to manage. After the first two bullets, the spray starts moving toward the right before taking a sharp left and going upward.

The Spectre SMG has a decent recoil pattern, and it's consistent over distance. The first few bullets are extremely accurate, after which the spray pattern rises high toward the left. The Spectre is infamous for its run-and-gun bullet mechanics in Valorant.

The Bulldog's spray pattern starts with the first three bullets on target, followed by an elevated deviation which then moves left. This weapon also has a burst-fire mechanic on ADS and is known for its headshot accuracy.

The Phantom has a straight spray pattern, which deviates to the right at first before moving up and veering left. The Phantom rifle is easier to spray compared to the Vandal. Learning this weapon's recoil pattern will definitely help players push Rank easily.

The Vandal's recoil pattern is the toughest to master in Valorant. This weapon is known for its first bullet accuracy, but players need to be exceedingly precise to control a full-auto spray. After the first three bullets, the spray starts going up towards the left before gradually moving right.

The Ares' spray pattern starts with a gradual drift toward the right before moving up toward the left. However, this heavy machine gun can be used to run-and gun opponents. It is also far easier to control a full spray from the Ares than the Odin.

Although its recoil is difficult to control, the Odin can be an exceedingly useful weapon to mow down opponents. This heavy machine gun has a precise initial burst before the bullets start going up and then veering off toward the left.

Every Weapon Spray Pattern in VALORANT