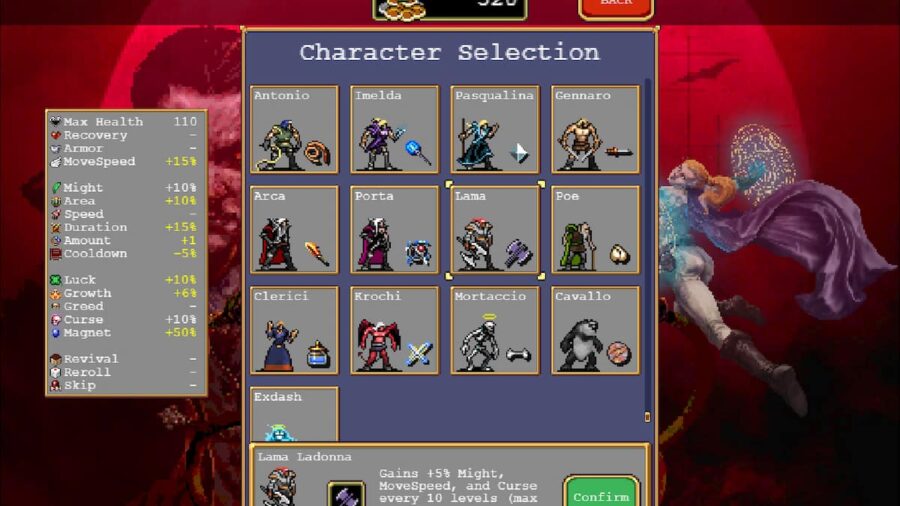 Vampire Survivors is an indie shoot-em-up survival game developed by poncle that’s exploded in popularity over the past few months. Released on Dec. 17, 2021, the game has rapidly evolved with frequent updates. But can you play Vampire Survivors on Mac?

The good news is: yes, Vampire Survivors is available on Mac. It’s available on both Steam and itch.io. The fully supported macOS version of the game dropped on Feb. 5 in a patch that also promised the Linux version shortly.

Additionally, if you’re having issues getting Steam or Vampire Survivors to run on macOS, there’s an alternative way to play the game. You can experience most of what Vampire Survivors has to offer in browser by heading to this page. This in-browser version of the game hasn’t been updated recently, but it is a great way to experience the game without having to pay a thing.

The full version of Vampire Survivors is available to purchase on Steam for $2.99. This version is frequently updated with expanded support, including for Linux and Mac. The most recent update released on Feb. 19 and added a new Power Up and two new characters. It also ironed out some issues with the release of the Linux version.

Can you play Vampire Survivors on Mac?