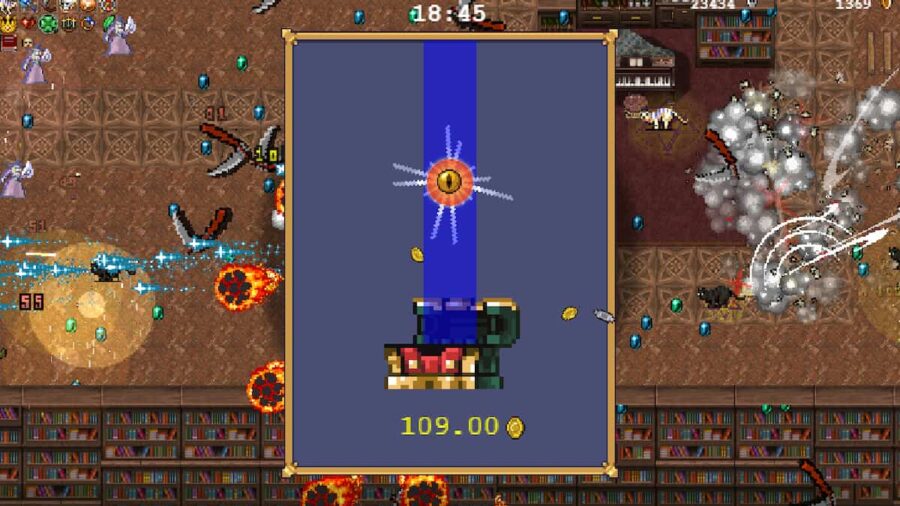 In Vampire Survivors, the Gatti Amari is a bizarre weapon that spawns cats that attack your enemies. In the 0.5.2 update to the game, the Gatti Amari got an upgrade in the form of an evolution.

How to unlock Gatti Amari

Next with any character, level up the weapon to level eight and pick up the Stone Mask passive item. Then when you pick up any chest, you’ll have a chance to evolve Gatti Amari into Vicious Hunger.

Related: How to unlock the Magic Banger and Music Selection in Vampire Survivors

How to find the Stone Mask

Once you’ve got your Stone Mask and evolved the Gatti Amari, you’ll find the Vicious Hunger is a lot different from its pre-evolution form. No more cats, instead, vicious Eyeballs streak across the screen. The weapon works very much like the Gatti Amari, but instead, it also has a chance to turn enemies into gold.

How to evolve Gatti Amari into Vicious Hunger in Vampire Survivors