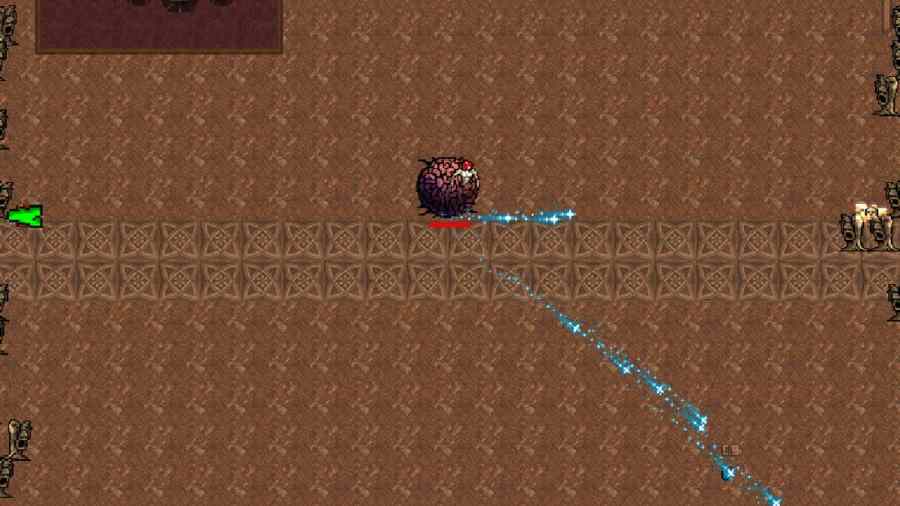 Along with being known for great music, stage design, and gameplay, Vampire Survivors is also known for its secrets. Relics like the Grim Grimoire can be challenging to uncover, and you can unlock plenty of secret characters. However, Avatar Infernas, the newest secret character, might be the most complicated yet.

How to unlock Avatar Infernas in Vampire Survivors

Defeating the Director in Vampire Survivors

First, if you haven't defeated the Director, the game's final boss released in patch 1.0, you need to do that because Avatar Infernas cannot be unlocked until then. Furthermore, no hint about finding Infernas is given until the Director is defeated.

Once the Director is defeated, a 15th secret reveals itself to you, offering a hint that says, "It is tangible only in the Inverted Inlaid Library. Good friends might then show the way." The first part of this hint is very straightforward, requiring you to start a run in the Inlaid Library stage and set it to Inverted mode. However, the second line in the hint is much less obvious but has been confirmed to reference the two weapons Peachone and Ebony Wings.

Once you have acquired these two weapons, you can start heading East until you run into a purple version of the Reaper sitting at a piano. Called the Trickster, this version of the Reaper will not attack you, allowing you to stand nearby and slowly whittle away at its health. Take this time to gather as much experience and weapons as possible, for the next part of the puzzle will be a challenge.

Once the purple Reaper is dead, you can sit down at the same piano they were at. Once you do so, the screen will be filled with a piano and keys to click. Peachone and Ebony Wings will slowly fly onto certain keys, dictating an order to press the keys in. Carefully watch which keys the two birds fly onto and in what order, then click the corresponding keys to move forward on the secret hunt.

Finding all nine coffins in the Inlaid Library

After playing the correct piano sequence, you will be transported to a new stage and your field of view will diminish greatly while red eyes approach you in the darkness. These turn out to be very tough enemies who are there to hinder your hunt for nine different coffins on the map. Find and open all nine of them and Avatar Infernas will spawn and attempt to chase you down. Keep your distance while dealing as much damage as possible and eventually Infernas will perish, awarding you with his playable character version and his weapon, Flames of Misspell.

How to unlock Avatar Infernas in Vampire Survivors (Secret Character)