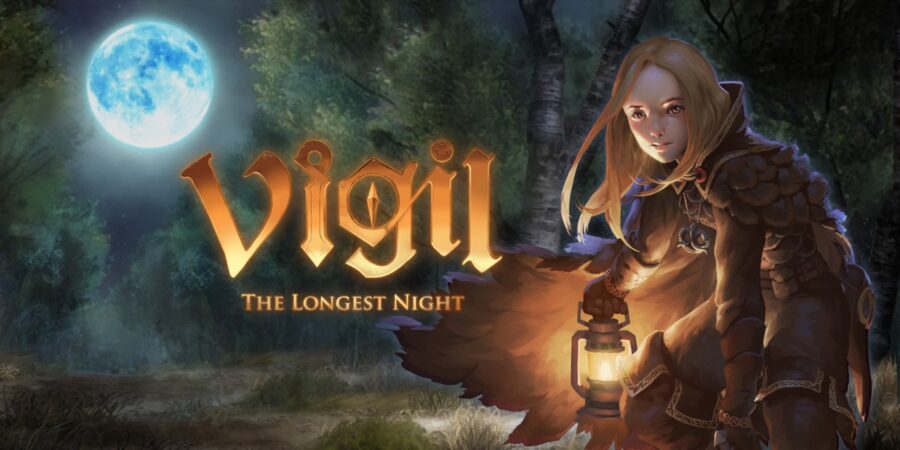 The best way to describe Vigil: The Longest Night is a hybrid, as it takes elements from the Soulsborne and Metroidvania genres and merges them together to create something of a rather unique game. As you begin, it might not seem that there's any Metroidvania mechanics at all, but the Soulsborne elements leap out at you. The Metroidvania doesn't reveal itself till a few hours into the game - as you have to reach a certain point before the first skill is revealed, the double jump. So how do you unlock double jump in Vigil: The Longest Night?

How do you unlock double jump?

Double jump becomes available after you kill the second boss - The Brood Mother. On your journey, you'll reach a little village which is searching for a girl named Bruna. Upon speaking to the local town folk, and Bruna's mother, you find out that Bruna often went into a spooky dark cave with a person called the Professor. As you progress, you'll discover this cave and venture inside, and it's filled to the brim with torture equipment, bodies, and gore. Everything you face inside will be some kind of cosmic horror.

Eventually, deep within the cave, near the end, you'll come across an elevator handle. When you have it, head back up a floor to where the broken handle is and fix it. Ride it up to the top, and you'll find a decent pair of gloves - Percival's Gloves.

Carry on down until you see a split pathway, one path leading down and one pathway heading up. The pathway heading up there is a door. This door is a shortcut to an Owl Statue, so make sure you go this way and save. To save yourself some pain if you die and lose the entire caves' worth of progress.

The pathway heading down leads to a boss. After you kill the hideous-looking creature known as the Brood Mother, you'll unlock the ability to double jump! 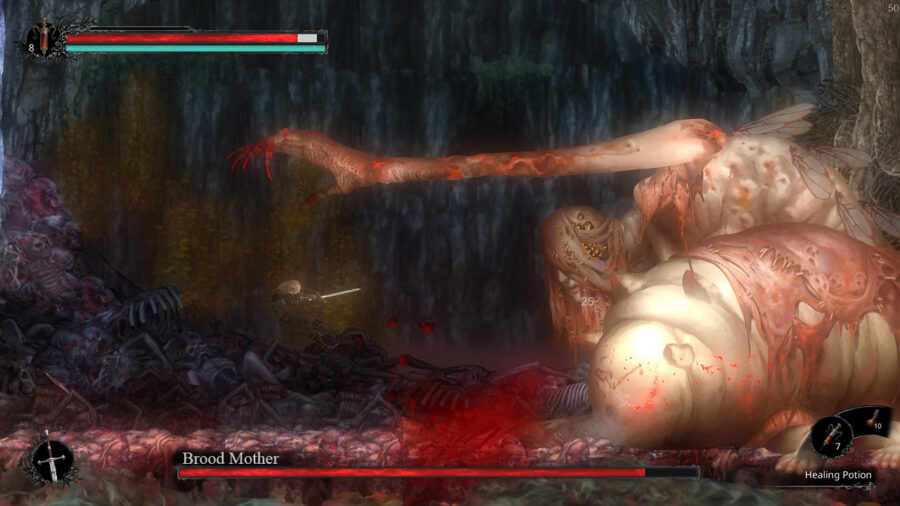 You can actually see this boss early, but in doing so, you will die, so don't do this without saving first! When scaling the path up to the cave, you'll see three people hanging around. You'll notice that the floors underneath is a place where you can pass through. However, if you do so, it's a massive drop, and it drops you into the Bosses room! You'll instantly die but not before you see the grotesque looking figure of the boss.