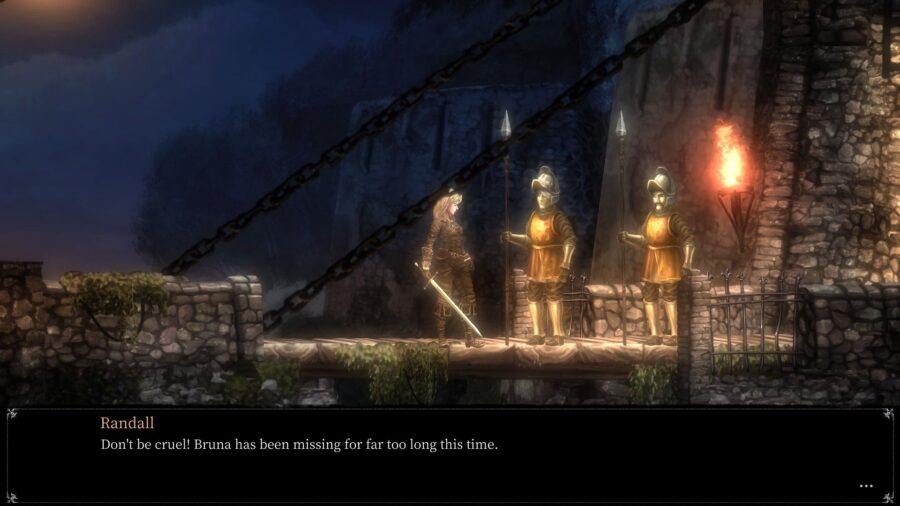 As Vigil: The Longest Night is very akin to a soulsborne game, exploration is key to finding secrets. Without doing so, you'll be missing on a lot of hidden things in the game. Because of the saving mechanic in Vigil, we can understand why going off the beaten track is ever so dangerous, because one slip up, and you have to reload, with all progress lost. However, you may find shortcuts that will lead you back to an Owl Statue save point, saving you a lot of progress lost if you fail.

The shortcuts are not obvious in more cases than not; they do not scream, hey, this is a shortcut! The first shortcut in the game is located at Maye Bridge, at the second Owl Statue you come across. Before you can unlock it, you have to travel down below the bridge, fighting enemies, and then make your back up the other side. You'll eventually see two soldiers on the platform above you. From here, go left until you see a chest holding some Tequila. Keep going, and you'll come across what seems to be a dead end.

This door can be attacked to get back to the Owl Statue you last saved at. By looking at the door, you would have no idea it was a shortcut, but thanks to playing Dark Souls with their heavy use of hidden walls, we're used to hitting things to make sure they are what they seem to be!

The second shortcut we found was before the next big boss, but the shortcut was way more obvious, as one path was gory and dark, when the other lead to a door, which could be unlocked. That door took me back to an Owl Statue where I could save my game. If we had gone the other path, and met the boss and died. We would have lost tons of progress.

Our advice is always to explore and hit everything to make sure it's what it is! It's worth it, as there's no penalty for doing sop, and finding a shortcut is worth it.