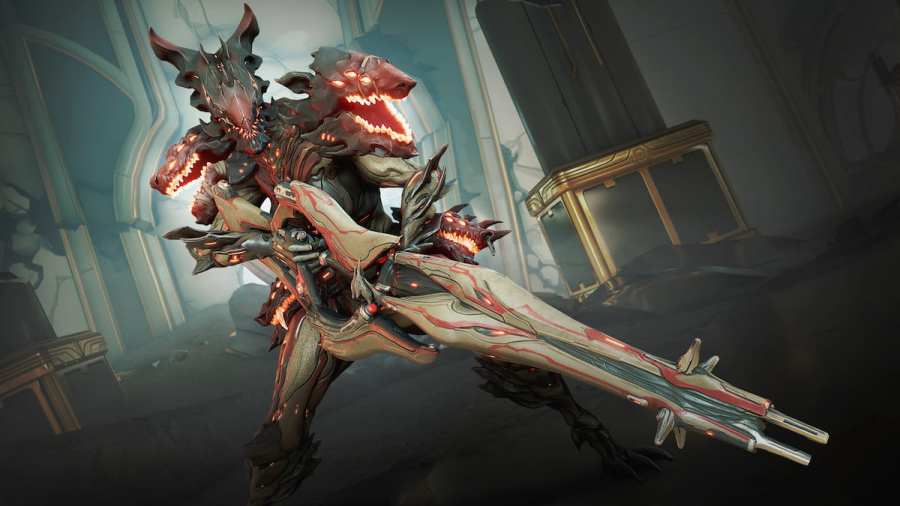 During a busy holiday season, Warframe is the most recent live service title to put out an update. Dubbed Lua's Prey, the amount of content the update contains is rather limited but meaningful as it is merely a precursor to a much longer one coming this month. Here's everything you need to know about Lua's Prey update in Warframe.

The primary focus for this update is the new Warframe, Voruna, a sort of shamanistic houndmaster-style Warframe. While there is no new story quest for her, a new cutscene featuring one of the Grineer Queens plays upon login, dictating the flow and importance of Lua and how it vaguely relates to Voruna's houndmaster-like persona. As this update is focused on Lua, all of the new content is also present there.

As there is no Warframe quest for Voruna, Digital Extreme has presented players with an alternative form of the Survival game mode called Conjunction Survival. Two new nodes have been added to Lua: Yuvarium and Circulus. Both feature this new Survival game mode, and playing it allows players to slowly farm out Voruna's parts before finally building her in the Foundry.

While this may not seem like much content for a named update, Voruna was supposed to be released alongside the much larger update coming later this December. Digital Extremes delayed that update and released Lua's Prey in place of it for the time being. Just think of Lua's Prey as the calm before the storm.

Are you a huge fan of Warframe and want to learn more about it? Check out Warframe: All Genestamp Locations in Kahl’s Prison Break Mission right here on Pro Game Guides.