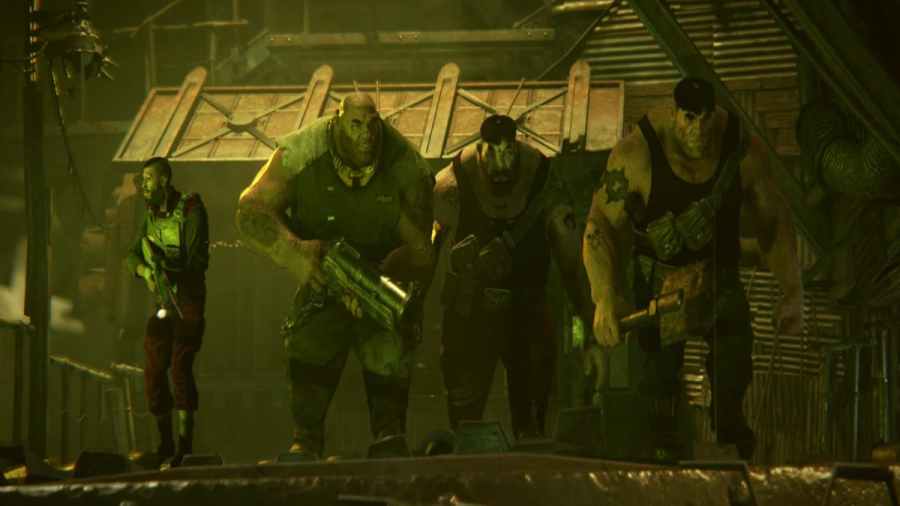 If players want to change anything about their character's appearance in Darktide, they must equip various cosmetics. The Ogryn Skullbreaker class and character are no different and feature several cosmetics players can get, but it remains unclear how to get them. Luckily our guide below will explain the process for getting cosmetics for the Ogryn Sjullbreaker class in Darktide Warhammer 40k.

How to unlock Ogryn Cosmetics in Darktide - Warhammer 40k

To unlock Ogryn Cosmetics in Warhammer 40k Darktide, you must level up your Trust Rank or complete Penances. You can level your Trust Rank as you complete missions and side objectives. Reaching rank five in the Trust Rank system unlocks the first cosmetic for the Ogryn character, but you must farm many missions to reach this point. To get more cosmetics afterward unlocking the first one, you must continue to level up your Trust Rank or try completing a few Penances. In short, Penances are special achievements all players can complete, but some are only for a specific class. Usually, these Class Peanaces reward special cosmetic items for completing their demanding tasks. That said, if you want to go achievement-hunting for new cosmetics for your Ogryn Skullbreaker class, Penances are the best way. You can complete Penaces by opening the Penances menu by hitting the ESC key or opening the Main Menu. Under Penances, search for the Class sub-section, and then look for the Skullbreaker tab.

The Following are all Cosmetics that players can unlock for the Ogryn Skullbreaker class by either completing Penances or leveling to a certain Trust Rank in Warhammer 40k Darktide.

How to buy Ogryn Cosmetics in Warhammer 40k Darktide

Another option for players to get more cosmetics for their Ogryn or Skullbreaker class is to visit the Armory Exchange. In short, players can use in-game gold to purchase various cosmetics by choosing the option to do so when speaking to the Armory Exchange NPC. Most of the cosmetics you can buy will include Upper and Lower body options. The options you can buy will also cost varying amounts of gold, ranging from 12k to 30k or higher.

How to get Ogryn Skullbreaker Cosmetics in Darktide – Warhammer 40k