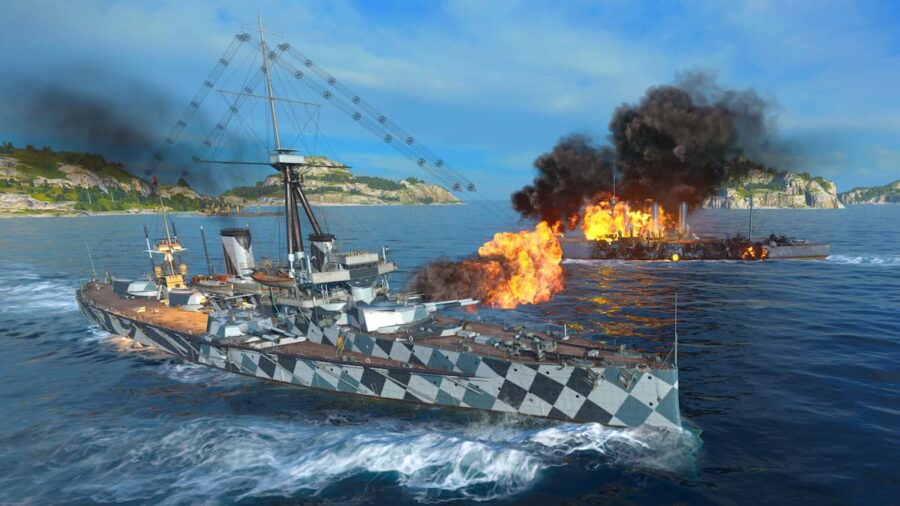 World of Warships is iconic for its depiction of naval battles between equally iconic and historically important ships. But, no matter how good the core game may be, there are always tweaks and improvements that players can make. These could be done for the quality of life or to give a player an edge in battle. Below, we delve into the five most popular World of Warships mods based on downloads.

Turquoise-S colors the water trail of incoming torpedoes in either turquoise or yellow to make them much easier to spot. "Turquoise-S" Improved visibility of torpedoes for WoWs doesn't modify the detection range, nor does it need to with how much torpedoes stand out now.

Brightness+skull marker for WoWs effects the brightness and saturation, making everything appear more vibrant. It essentially functions as a variation of Reshade and is great because of how good it looks.

2. Set of camouflage for WoWs

Sometimes a mod is purely aesthetic, and this is the case for Set of camouflage for WoWs. This camouflage set allows players to apply one of five skins to their ship on a whim.

Sights "Dolphin" and "Spider" (camera "Zeiss") for WoWs works with the sights during battle. The Dolphin is a horizontal sighting grid with a much longer length. To help with aiming, there are two horizontal bars. Players utilizing the mod can also change colors to something more preferable.

The Spider sight makes use of a spider's web sight. It also utilizes the Zeiss camera that can be expanded into a five-fold mode.

Best Mods for World of Warships