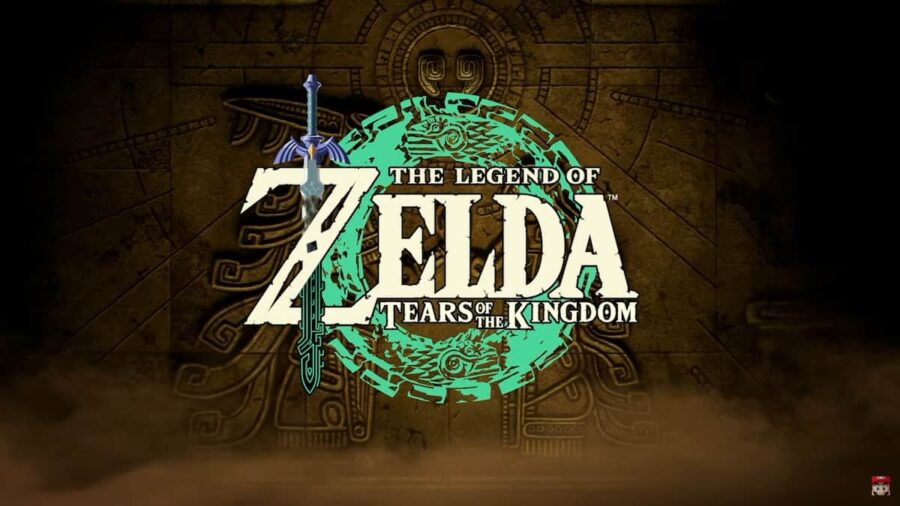 At Nintendo's September 2022 Direct, fans learned the true name of the sequel to Breath of the Wild. It is now called Tears of the Kingdom, and it's scheduled to release in early May of 2023. This announcement came by way of a brief trailer, which actually dropped some subtle hints at the plot.

Note: This breakdown discusses what we saw and ranges from observation to ideas and predictions based on context.

Breath of the Wild 2 Trailer - What we saw

The first half of this trailer concentrates on a stone carving that draws some serious callbacks to the tapestry seen in Breath of the Wild that depicted the Calamity. This mysterious stone carving seems to revolve around a slightly humanoid figure. It has hands stretched out, but it also has an incredibly long neck and seemingly alien features.

Ouroboros and the cycle

After that, the footage switches to the Hero of Time as he blasts open two humongous doors that clear the way to one of the many stony islands in the sky that have been spotted in previous trailers. What's interesting, though, is the two dragons seen forming a circle on the doors.

This seems to connect with the logo of Tears of the Kingdom, which is two dragons swallowing each other. The logo is reminiscient of the ouroboros, a symbol depicting a serpet eating its own tail. It's supposed to represent the cycle of life, death, and rebirth. These themes are definitely relevant to this game (where Gandondorf apparently is reborn) and the series as a whole (where Link, Ganon and Zelda constantly play out their struggle).

Related: Who are the Zonai in The Legend of Zelda?

The trailer depicts Link with a brand-new shield. There are also viles of green liquid attatched to his hip. This is likely the green energy seen coming out of Ganondorf from the first trailer. Link can also be seen reversing time and riding up a cliff to take him from the ground to the skies. The area where this occured looked like the Faron Woods by where the Faron tower would be. It's possible these columns will replace the towers from Breath of the Wild.

Finally, the trailer shows Link riding on a stone glider. Of note, here: the stone glider is in the shape of a bird, an animal that's been connected with Hylians quite frequently. Not only can wings be found on the Royal Crest, but even the inhabitants of Skyloft rode birds (called Loftwings) in Skyward Sword.

Also, Link appears to be gliding over Tabintha's Ridge (Ludlo's Bog can be seen in the bottom left corner). Link is about to land on a huge hill in front of Gerudo Highlands, where a large mural of the murky figure from the initial stone carvings can be seen. It's safe to say this character will play a huge part in Tears of the Kingdom.

The Legend of Zelda: Tears of the Kingdom – Trailer Breakdown