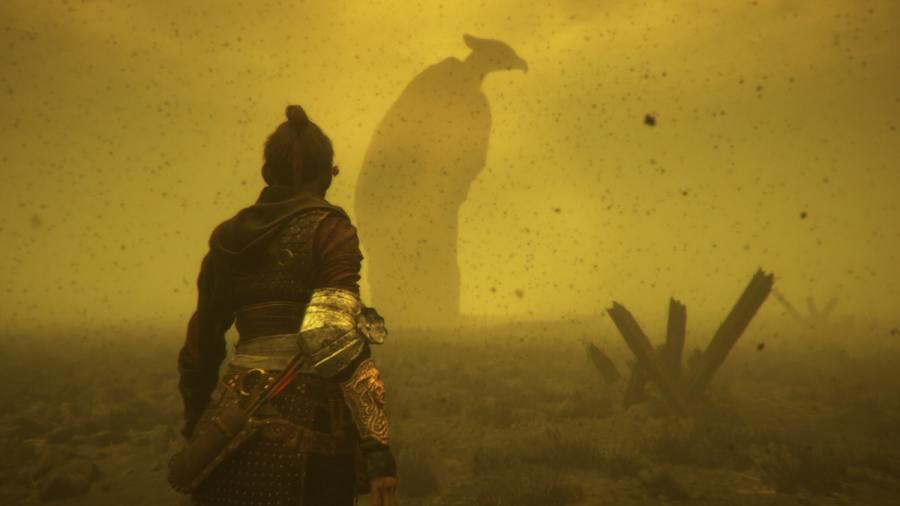 When trying to find Hugo in Chapter 16, he gives himself up to the Macula upon thinking Amicia is dead and decimates Marseille. You will enter the Nebula trying to find and save Hugo, but you will become lost in this strange place, and bird statues will appear as a sign. Do you follow these familiar statues in Plague Tale: Requiem, like you did before?

Should you follow the phoenix bird statues in Chapter 16 of A Plague Tale Requiem?

To find Hugo in Chapter 16 of Plague Tale: Requiem, you must not follow the phoenix statues inside this strange dreamscape. If you follow the bird statues, you will wander around this Nebula-filled place for all eternity.

Instead, you must go in the opposite direction of where the statues are pointing. If you come across another bird statue on your travels, go in the opposite direction. Wander into nothingness. Eventually, you'll encounter heavy wind, and Amicia will start to struggle. Hugo will speak to you. And the final boss fight of Plague Tale Requiem will occur.

What does not following the phoenix statues mean?

If you wait long enough following the phoenix statues, Hugo's voice will speak to you, saying you've already followed the birds before, and it led nowhere. It led to more pain and suffering, which the Macula wanted.

By repeating the same mistakes, Amicia will never learn and will always be trapped inside her own head. She needs to accept the truth of what she must do and try something new to escape. If she doesn't, following the birds will never end.