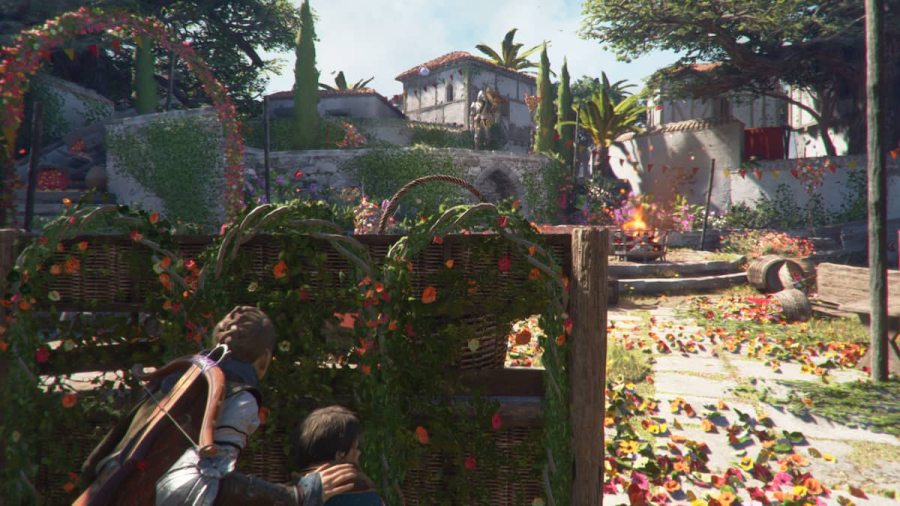 How to avoid the falcon in A Plague Tale Requiem

To avoid the falcon, you must utilize all your skills, gear, and alchemy to get past this deadly bird of prey. First, you must always stay covered and crouched unless you'll become falcon food. You must be careful using your sling in this section. You'll pop out of cover if you do, and the falcon will swoop. Linger too long, and you're dead. You can throw anything in this section and remain hidden behind cover.

Related: How to solve the fire cart puzzle in Chapter 11 of Plague Tale Requiem

In front of you is a brazer you can ignite by throwing Ignifer into it. From this moment on, you must throw Tar into the fire. Wait for the falcon to swoop, and keep moving to your left, hiding behind fences. Always wait until the falcon has returned to the soldier before throwing another Tar. Rinse and repeat until you are safely at the stone steps and through the door.