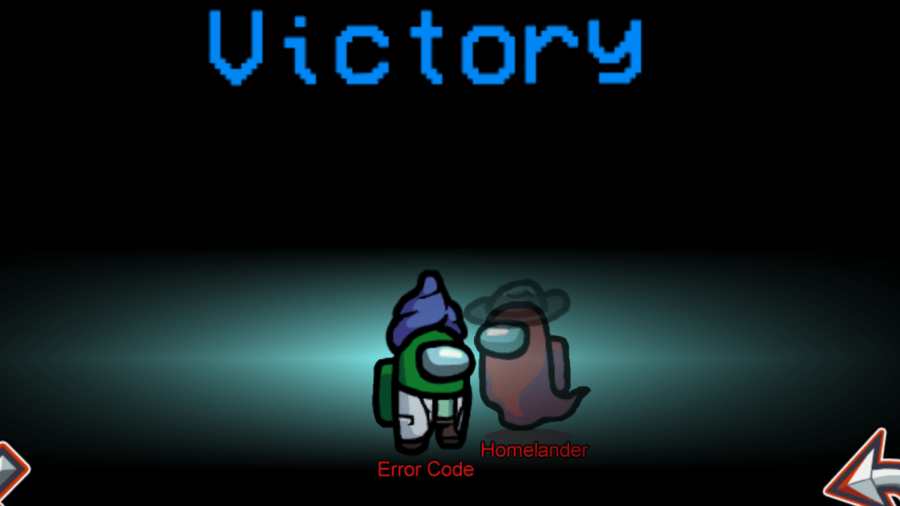 So the good news about most Among Us error codes is also the bad news: Most of the solutions aren't your fault, and the only thing you can do is try again. This can understandably be frustrating but is likely caused by the fact that quite literally no one expected Among Us to suddenly become a new hit game.

A lot of the error codes are easy to fix since they tell you what to do right in the error code. However, if you're looking for a bit more of an in depth explanation on what these error codes actually mean, read our guide below. It will not just give you a better understanding of what to do, but why you should do it.

The game you tried to join already started. Check with the host to see if you can join the next round.

Self explanatory! You can't join a server in the middle of a round. Give it a couple of minutes, so it reverts back to the lobby, then attempt to join again.

You disconnected from the server. Reliable packet 1 (size=#) was not ack'd after #ms

This is likely an issue with the server. What it means is that it tried to send data, but the data was not read by the server in time. Once this happens, it assumes you won't get any data through and kicks you. This could be caused by the host you have selected, or the server might just be under heavy load. Try to switch server hosts (click the Globe Icon) or wait a bit and try again.

Related: How to Fix the Disconnected From Server Error in Among Us

The game you tried to join is full. Check with the host to see if you can join the next round.

This error code has its own suggestion on what you should do if you run into it. There is a maximum amount of people that can be in one room (set by the game host), and once it reaches capacity, anyone else that tries to join will be met with this error code. If you can talk to the host, ask them to increase the room capacity, or simply wait a little while and join again to try and take any spots that open up.

You disconnected from the server. Could not send data as a SocketException occurred: Network is unreachable

This is frequently a problem for players on the mobile version of the game. It was most often happening to Sprint users, but it can happen to any network if your phone isn't currently connected. Using a different data connection will likely fix the issue, such as switching to wi-fi on your mobile device.

The Among Us matchmaker is full. Please try again in a few minutes!

This is not an issue that you can solve yourself, as it's something that happens on the servers. You tried to join when the Among Us servers had too many players trying to join at once. As the error code says, just try again in a few minutes.

Related: How to Fix Among Us Matchmaker is full error

You disconnected from the server. Sent # pings that remote has not responded to

Getting this error code could indicate a problem with the servers or on your end. If you lose connection, or the host loses connection with you, it will try to send pings (bits of data) for the server to see. If none of those pings are seen by the server, it will kick you and show you this error code. To fix this problem, double-check to make sure your internet connection is stable and not dropping data. If you are absolutely certain that it's working properly, it can only be fixed on the server end.

This is a similar issue to a lot of the other error codes. It simply means data has been sent and nothing was sent back. Also, similar to those issues, the best thing to do is try again. If you get the same error several times in a row, your internet connection is likely the problem.

As you can see, a lot of the error codes mean you simply need to try again. Half of them suggest some kind of data loss, and you might be asking: Why are there different error codes for that? The cause of each error code depends on the type of data that is getting lost and why. Multiplayer connections are two-way, so a good signal must be sent and received by both sides throughout the whole match. If that signal gets interrupted, you'll get kicked or won't be able to connect.

If you're absolutely convinced your internet is working, Pro Game Guides has many other articles that go in to more detail about Among Us error codes. You can try to check the server status! Or have you ever wondered what GG, Sus, and AFK mean?