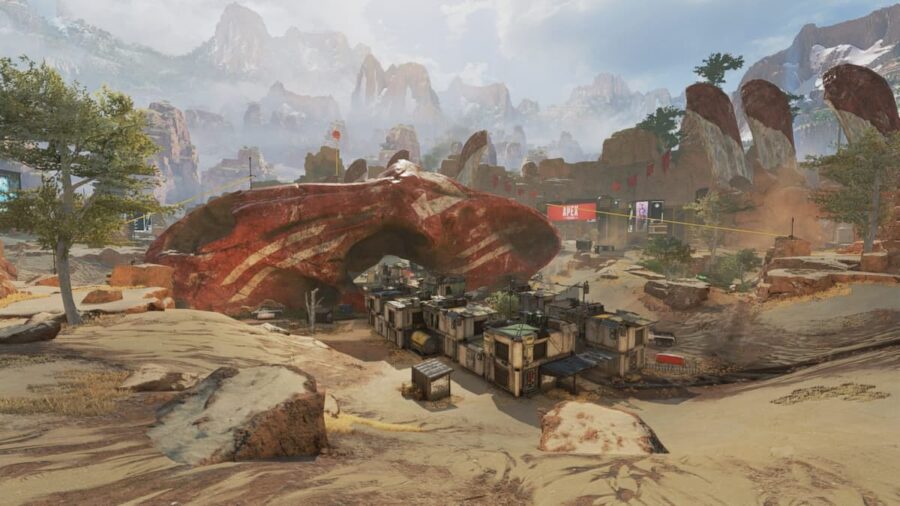 Apex Legends Season 14 is right around the corner and the developers revealed more about the map changes arriving with Reforged Kings Canyon in a blog post. Most of the map is getting reworked as it kept getting smaller over the seasons which allowed squads to engage or third-party opponents from the early stages of a match. This was addressed with the addition of a new POI called Relic, which undoubtedly reminds players of the iconic Skull Town. Apart from this, there are several other map changes coming in the next Season. Here's everything you need to know about the Reforged Kings Canyon map in Apex Legends.

Where is Relic POI in Reforged Kings Canyon Map in Apex Legends?

According to the image and information on the official blog, the Relic POI will be located between Gauntlet and the Salvage POI on the southern part of the Reforged Kings Canyon map in Apex Legends. Earlier, this was where Thunderdome and Skull Town used to be, however, after Season 5 these two POIs were removed. Gauntlet and Salvage were earlier connected by zip lines making it relatively simple to chase or third-party opponents. Players are certain to find more cover and loot with the inclusion of a new POI. Relic is a much smaller POI as compared to Skull Town, but it will surely bring back memories for veteran Apex players.

Every change to Cage, Hill Side, and Broken Relay modified POIs in Apex Legends Hunted

The Cage is another fan-favorite POI on Kings Canyon, and it is ideally located at a junction point where squads frequently pass from. This building was highly fortified with metal walls covering all four sides, and the developers decided to change this in the Reforged Kings Canyon map. The top part of the building will now be more simplified, allowing players to enter and exit quickly. This will not only result in quicker engagements but also put pressure on teams looking to camp on top of the building.

Similarly, the defensible interior spaces at the hillside POI near containment have been removed from the Reforged Kings Canyon map. This was done primarily to avoid prolonged fights between several squads stuck in this intersectional region. Simultaneously, the Broken Relay POI was renamed to Basin, and some of the buildings were brought back to the Reforged Kings Canyon map. Along with this players will also get to see several zip lines across the new Basin POI.

Other map modifications were also implemented at River Center, Destroyed Bridges, and Marketplaces. This was done to even out the flow of squads, and discourage interruptions in fights without consequences. Teams will now have to plan out their paths carefully before running toward gunfire while rotating. Likewise, Loot Quality, Quantity, and Disparity were accounted for, and players will get to see a total loot spawn comparable to Olympus. The lighting and skybox are also getting a major overhaul next season, making Reforged Kings Canyon much more immersive and vibrant.

All changes in Reforged Kings Canyon Map in Apex Legends