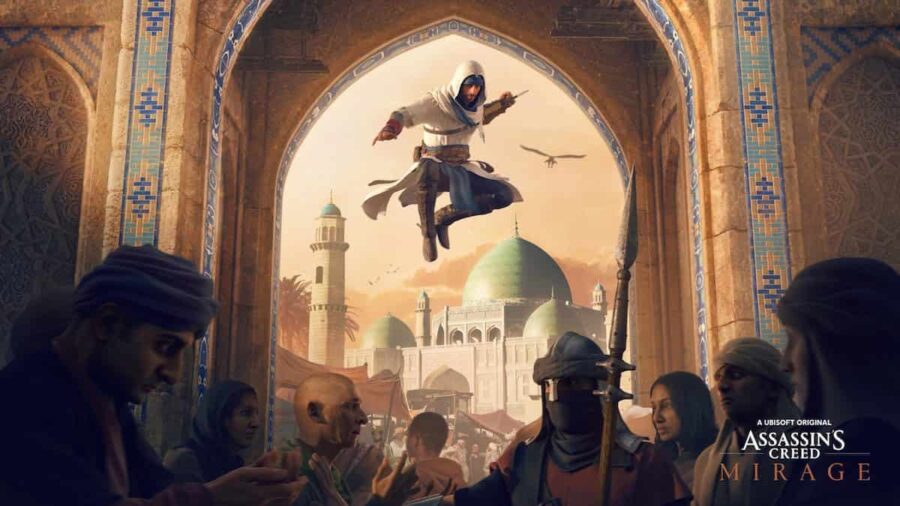 What is Assassin's Creed Mirage about?

Assassin's Creed Mirage is a narrative-driven coming-of-age story that follows Basim, everyone’s favorite street thief, and his growth into becoming a master assassin. In his thieving days, he was saved by Roshan, a former Persian slave, and flees to join the Hidden Ones. Roshan takes Basim as her apprentice and trains him.

The game is set in Baghdad, Iraq roughly 20 years before the events of Assassin's Creed Valhalla.

The game is expected to focus on stealth, much like the early games in the Assassin's Creed series. The gameplay has also been improved so players can track their targets more accurately.

Assassin's Creed Mirage is the official title of what was before known as Assassin’s Creed “Project Rift”—the “smaller, unannounced premium game” Ubisoft promised was coming sometime in 2023. There is no specific date that has been announced as of writing.

However, rest assured that Assassin's Creed Mirage will be free to pay for all Ubisoft+ subscribers upon release. The game will launch on the PS5, PS4, Xbox Series X|S, Xbox One, and PC.

You can pre-order Assassin's Creed Mirage on Ubisoft’s official website. There are three editions for you to choose from:

Everyone who pre-orders the game can access the Forty Thieves side mission. No information about this DLC has been released yet.

Aside from Forty Thieves, those who order the Deluxe pack will get one DLC outfit for Basim, weapon skins based on the Prince of Persia, and other in-game freebies. The Collector’s edition contains the Deluxe pack and a lot of other items.