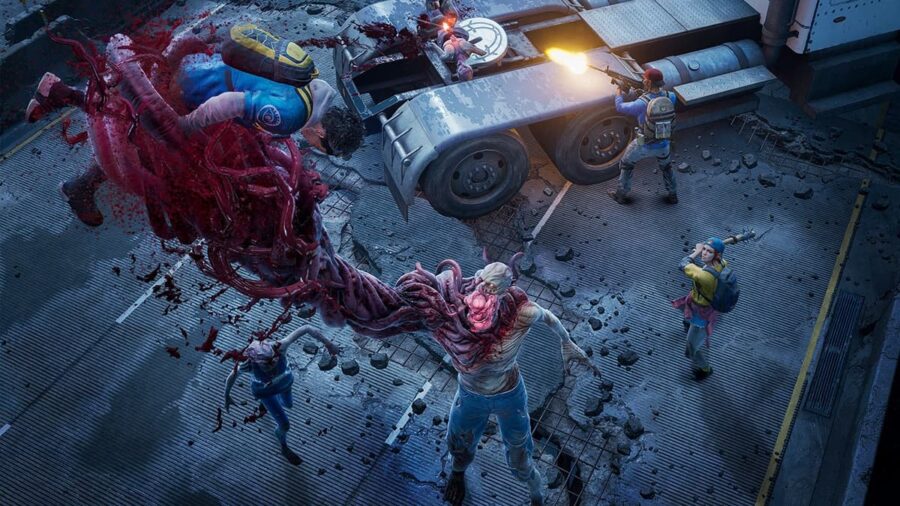 Back 4 Blood was finally released on Oct. 12, 2021, and it immediately drew in droves of players who have been anticipating the game's release. With new game releases, the influx of new players has increased stress on the server, leading to many of us running into the issue where we get disconnected from the server regardless of what kind of match we're in. In this guide, we explain the different things you can try to get around this error.

Option One: Check the server status

There is a good chance that issues might cause the disconnect on the server. Using the links below, check the server status for the game based on which platform you're using.

If you can't connect to anything on the device on which you are playing the game, run some basic troubleshooting steps to get the connection working properly. Secure any network cables, allow usage on any firewalls, and make sure your internet connection itself is working as it should.

This is a fairly frequent problem that not many people realize. If you don't have the latest update/patch for the game, it will disconnect you from any server you try to join. Most devices should automatically install an update when it's available, but if you're playing on Windows PC or if you disable automatic updates, you might have to force them. Go to the store page on the device you're using (on the platform you bought it) and force it to update the game. If it performs any kind of update, try playing again to see if you stay connected.

Related: How to Create a Private Match in Back 4 Blood

Some players have an issue connecting their devices to players on other devices. While this usually should not cause an issue, it's possible that the game still has some bugs in the code when communicating between two different devices, so you can try disabling this option to get around them. However, this is usually not recommended since crossplay makes matchmaking easier more often than not.

This option applies only to those who have installed their game on a drive other than the main drive for their computer (which is usually the C:/ drive). The game uses Easy Anti-Cheat for its anti-cheat software, which has been known to have some compatibility issues with games that are not installed on a computer's primary drive. This can (very rarely) cause you to get disconnected from a server you're on. If you have tried the other options, try moving your game to your primary drive to see if that resolves the issue.

This is a worst-case scenario, as it means that some issue with the install caused the code not to work properly. You can try re-installing the game. Ensure it installs properly by allowing for an uninterrupted download and install (don't do it on a poor internet connection). When it is fully installed, you should have all the most recent patches and updates that resolve issues that might interfere with the connection.

Those are all the options to resolve this issue! If you continue to have problems, try to contact the support team on the Back 4 Blood official site.

Check out our Back 4 Blood Homepage to see all the latest content, guides, and news about the game!

How to Customize Decks in Back 4 Blood

How to create Private Matches in Back 4 Blood

Best Jim Build in Back 4 Blood

How to drop weapon attachments in Back 4 Blood

Does Card order matter in Back 4 Blood?