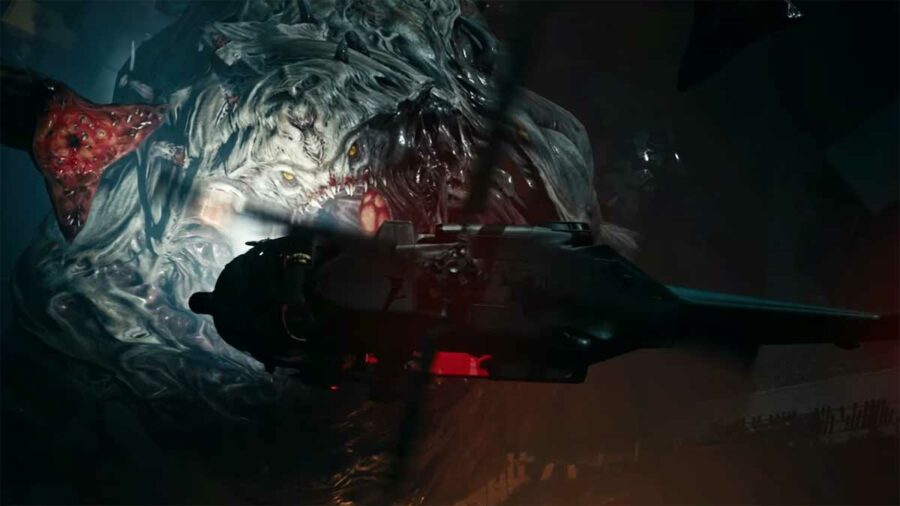 During the cutscene, you hurt the Abomination which forced it to go into hiding underground. Then your chopper crash lands and you proceed to finish the monster once and for all. When you reach the parking lot, four Tentacles emerge from beneath the ground.

Your objective is to destroy all of these Tentacles. Once you destroy the first one, large hordes of Ridden will charge at you and the teammates. You'll have to deal with them while you're dodging and destroying the Tentacles.

After all the Tentacles are eliminated, slide through them to reach the Abomination's hideout. Now the real boss fight of Back 4 Blood starts. First, you have to destroy two mouth weakspots of the Ridden. While you're doing this, be careful of the tentacles.

Related: How to drop weapon attachments in Back 4 Blood

One of the best and fast ways is to throw explosives inside its mouth. Once you're done, the Abomination will try to get away. Finally, you chase it while shooting at its body weakspots. The weakspots glow and can be spotted easily.

There's two things to remember here—you'll have to deal with several zombies on the way and you'll have a limited time of five minutes to deplete the Abomination's health bar.

Your job is done now. There will be a cutscene which will show the end of the Abomination and the game.

For more articles, visit the Back 4 Blood Homepage on Pro Game Guides.

How to kill the Abomination in Back 4 Blood