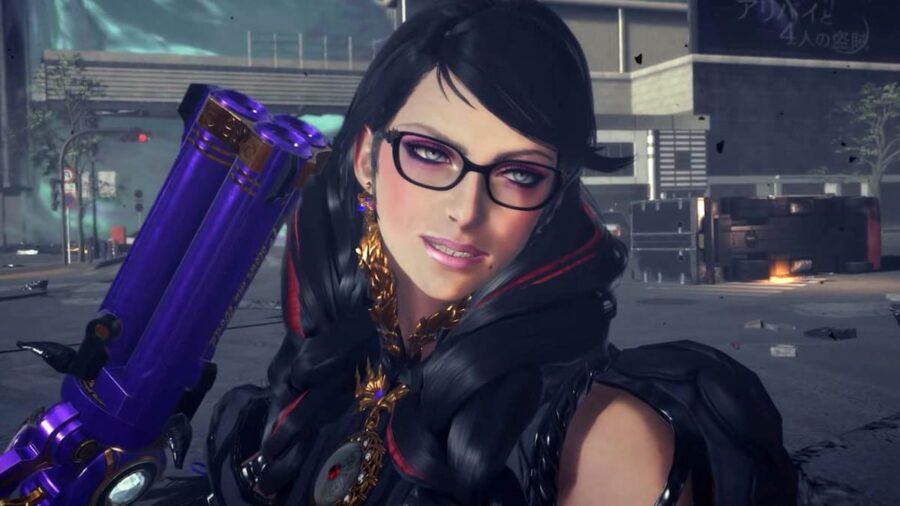 Bayonetta 3 is almost upon us. Shortly after the Nintendo Direct conference on September 13, 2022, a beefy, nearly eight-minute gameplay trailer was released. It shows off what to expect in the hotly anticipated action title.

When Does Bayonetta 3 Release?

Bayonetta 3 will release exclusively on Nintendo Switch on October 28, 2022. It is the third entry in the series and comes eight years after the release of Bayonetta 2.

Related: Who is Madama Butterfly in Bayonetta?

Released in 2009, Bayonetta follows its titular heroine as she fights her way through hordes of angels to regain her memories. Along the way she is pursued by the reporter Luka, must look after the mysterious girl Cereza, and handle contracts from handlers Enzo and Rodin. It is revealed that Bayonetta is very much a child of destiny as her creation was the result of a forbidden union between a Lumen Sage and an Umbra Witch. Her father, Balder, seeks to unify the three planes of existence. Along the way, it is revealed that Cereza is Bayonetta from the past and is a ploy to help Bayonetta regain her memories. Thanks to the help of fellow Umbra Witch Jeanne, Bayonetta is able to stop her father's plans and save the world.

Bayonetta 2 was released in 2014 for the Wii U before being ported to the Switch in 2018. It takes place a few months after the events of the first game. While out on a shopping trip with Enzo, Bayonetta is attacked by angels. A demon summoning spell goes wrong and Bayonetta is about to have her soul consumed until Jeanne steps in and saves her. Bayonetta resolves to save Jeanne's soul from the depths of Inferno.

Bayonetta journeys to the city of Noatun which houses the mountain Fimbulventr, wherein is the entrance to Inferno. Along the way, she meets up with a boy named Loki. The two travel together to Inferno for their own reasons. Along the way, they are hunted by the Lumen Sage and Prophet, both of who are after Loki.

With Rodin's help, Bayonetta is able to rescue Jeanne from Inferno. The Lumen Sage attacks once more and is revealed to be a young Balder, Bayonetta's father. During the attack, Loki loses control of his powers and Bayonetta is sent 500 years into the past. Bayonetta meets up with her mother and the two of them fight angels during the Witch Hunts. After becoming separated, Bayonetta meets Loptr who is a doppelganger of Loki, who is also the Prophet in the present. Loptr then murders Bayonetta's mother.

Back in the present, Luka runs into Loki, who now has his memory back, and asks Luka to take him to Fimbulventr. Bayonetta and Jeanne make their way back to the present and confront Loptr who has already captured Loki. It is revealed that Loptr and Loki are two halves of the God of Chaos, Aesir. In order to stop Loptr, Balder absorbs the evil entity and is sent back to his time. He is corrupted and this sets up the events for the first Bayonetta.

Related: Who is Bayonetta’s voice actress in Bayonetta 3?

In the gameplay trailer, Bayonetta is shown to have many of the same abilities she possessed in the first two entries. Bayonetta wields her signature pistols and can execute Witch Time by dodging at the last possible moment. When Witch Time is active, time slows down and allows Bayonetta to pull off incredible combos.

Bayonetta is also backed up by the demons from Inferno. In this title, Bayonetta is able to control the demons directly. However, this will leave her vulnerable to attacks. Fortunately, players are able to swap between controlling demons and Bayonetta to execute some killer moves while also managing the precious magic bar. The Inferno demons can also be used to stun an enemy and set them up for one of Bayonetta's iconic Torture Attacks.

As if that weren't enough, demons can also be used to complete a combo with their finisher or to employ counters. For those looking for a challenge, try triggering Witch Time as Bayonetta and then summoning a demon while time is slowed.

Finally, Bayonetta can employ a skill called Demon Masquerade to transform into a personification of the demon living inside her various weapons. These can be used for devastating special attacks. Throw in the ability to switch weapons on the fly and Bayonetta is definitely a force to be reckoned with. These demons' skills can also be used to explore the world, so keep an eye out for secrets.

Viola is an Umbra Witch in training that joins Bayonetta in this outing. She wields a magical sword and throwing darts. Unlike Bayonetta, Viola triggers Witch Time by blocking enemy attacks. And what is an Umbra Witch without a demonic companion? Viola can call upon the aid of Cheshire, who is bound to her sword. While Cheshire wrecks havoc, Viola must fight barehanded and without the aid of Witch Time.

For those looking to simply enjoy the story of Bayonetta 3 without having to endure the sometimes punishing combat, the Immortal Marionette accessory can be equipped. This allows players to execute dazzling combos with the press of a button, but penalizes battle results when used at Standard difficulty or higher.

For more Bayonetta goodies, check out Who is Viola in Bayonetta? on Pro Game Guides.