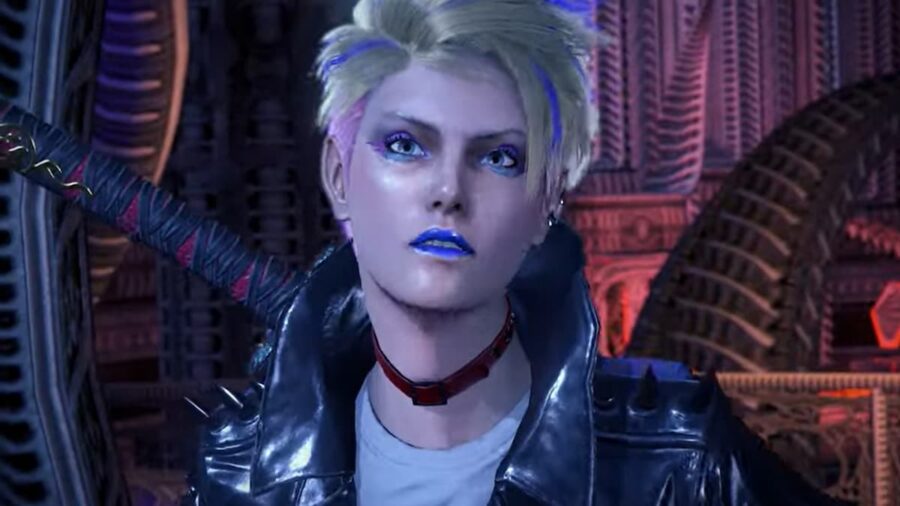 The Bayonetta series is home to many eccentric and unique characters, few more so than Bayonetta herself. With each new entry in the series, fans are introduced to more and more characters. The third title, Bayonetta 3, introduces a new character called Viola. This may leave you wondering who Viola is in Bayonetta.

Viola is a young witch in training who wields a katana and uses the power of her demon companion, Chesire. She sports a pale blonde short hairstyle with colorful highlights. She wears a punk-like outfit and seems to be more aware of the threat to the world than Bayonetta. Not much else is known about Viola besides this.

Related: Who is Bayonetta’s voice actress in Bayonetta 3?

Is Viola playable in Bayonetta 3?

Viola is a new playable character in the Bayonetta series and makes her debut in Bayonetta 3. She wields a katana and can summon her demon companion, Chesire. She also has a grappling hook, which allows her to move quickly through the environment and pull herself toward enemies.

The Bayonetta series has always been single-player, and Bayonetta 3 continues this tradition. While you may think the third entry has co-op due to a second playable character, the Bayonetta 3 Eshop page lists it as single player. Viola is likely playable in certain chapters or individually of Bayonetta herself. This means that Bayonetta 3 is not a co-op experience.

For more information on Bayonetta, check out Is Bayonetta 1 getting a physical release? and Who is Madama Butterfly in Bayonetta? on Pro Game Guides.

Who is Viola in Bayonetta?