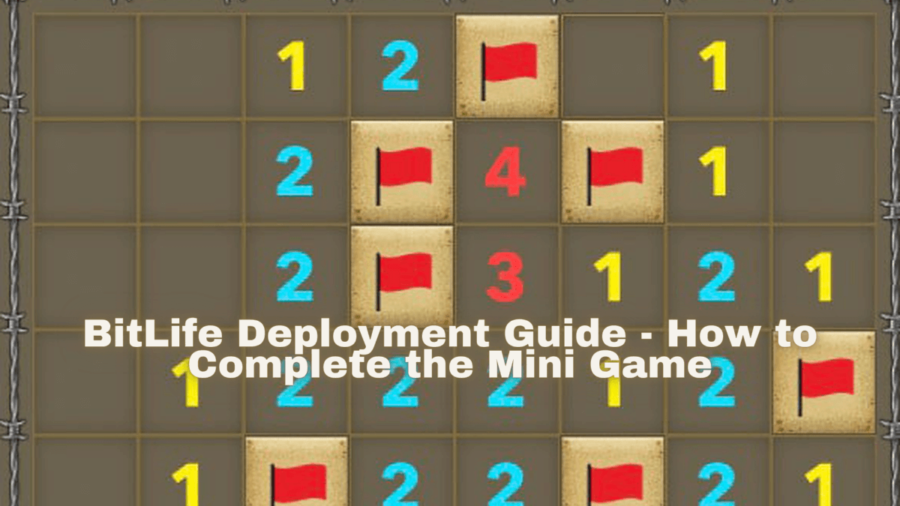 If you're heading into a military career in BitLife, then you might find yourself being deployed. If so, you will be tasked to complete a mini-game that can be a bit confusing to some at first. Well, we're here to clear that up by walking you through it with our BitLife Deployment Guide. However before going over the mini-game, here's how to get deployed in bitlife.

How to get Deployed in Bitlife

If you are looking to get deployed in Bitlife, you must first join the army via the jobs tab; after this, deployments will happen randomly after you hit the age button.

But before joining the military, we suggest having decent health, athletics, and high discipline; this is, so you have an easier time getting promotions. Once you have levels in all three stats, feel free to join the army whenever.

How to survive deployment in Bitlife

To start, your first move when playing the mini-game is always up to random chance. You might just hit a mine, and there's just nothing you can do about it. I generally start out with one of the corner tiles, you are hoping to open up a larger mass of squares. You will want to just randomly hit squares until you are able to make a determination precisely on where a mine will be. You will now see some numbers, but what do these mean...

The following is just an example of a game, not all games are the same! You should pretty much learn all you need to know by seeing how a game is completed. 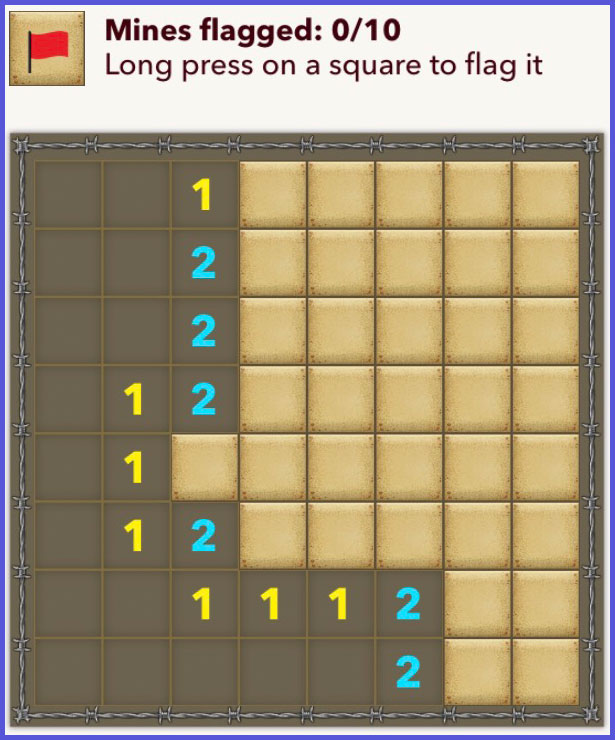 What do the Numbers Mean?

The numbers correspond to how many mines are touching that particular number. You'll notice that there are some empty open blocks, that means there's no mines touching them which is why they will open in a larger space. If there's a number 1, then there's ONE mine touching that number. So, if you have a 1 like above on a corner of a tile and it's not touching any other tiles, then you know for sure that it's a mine. Tap and hold on that tile to put a flag on it, that will let you keep in mind which is a mine and which isn't! 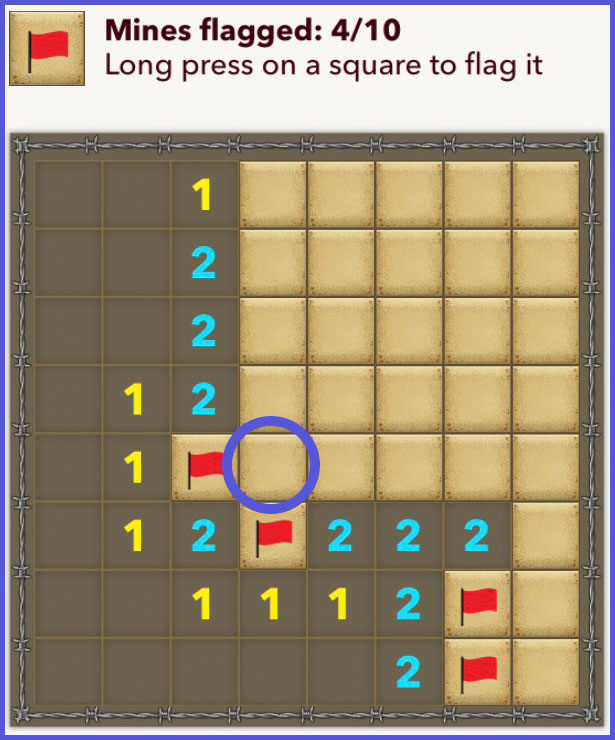 The number 2 between the 1s is touching the middle tile. We know that the 2 is already touching two different mines, so we can safely press that tile. We are now left with the following field. 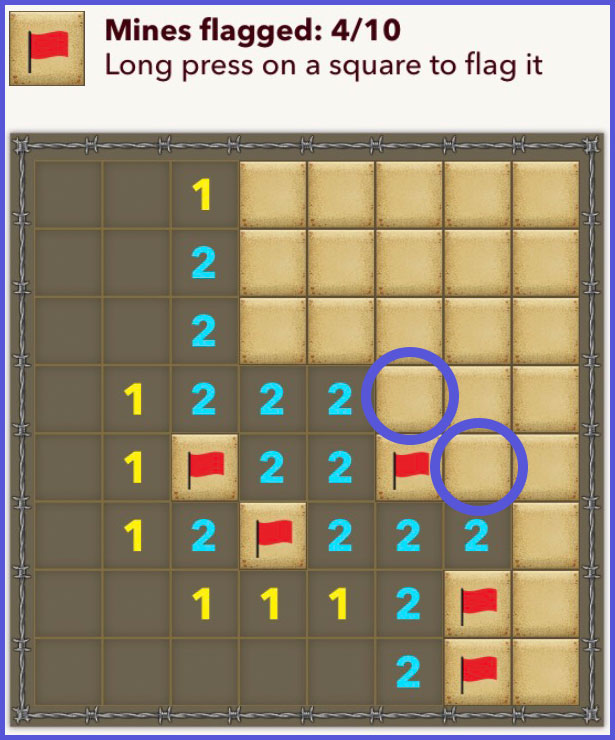 Now we have a ton of 2s, there's one to the right of the flagged tiles. It's only touching that tile and one other one, so we know for sure that it is a mine.

Related: How to avoid estate tax in Bitlife

We now have the 2 directly below it that we know is safe. So, that means the tile to the right of the newly flagged tile is safe! The 2 to the left of that mine is also touching a tile, so we can press that one too. 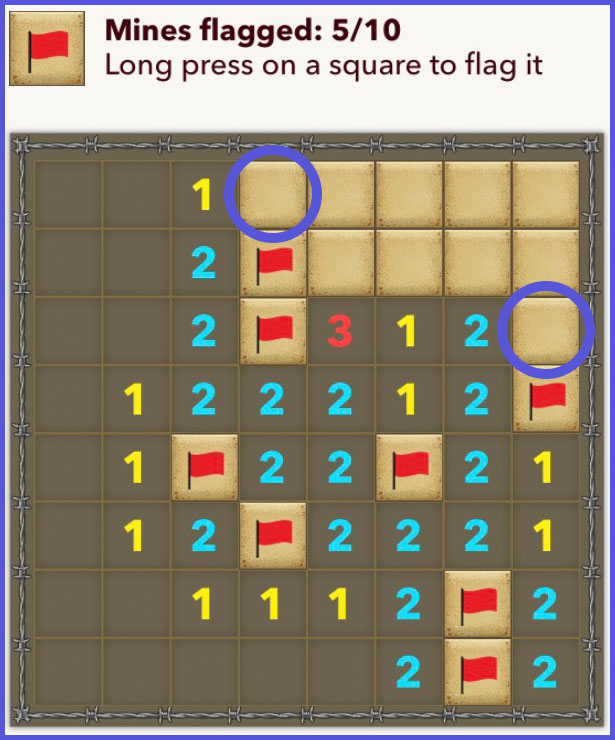 We now have a 1 on the right side touching only one tile so we know that's a mine. On the left, we have a 2 that's only touching two tiles which makes both of those left ones mines. That leaves us with two safe tiles that we can tap on to open up further options! 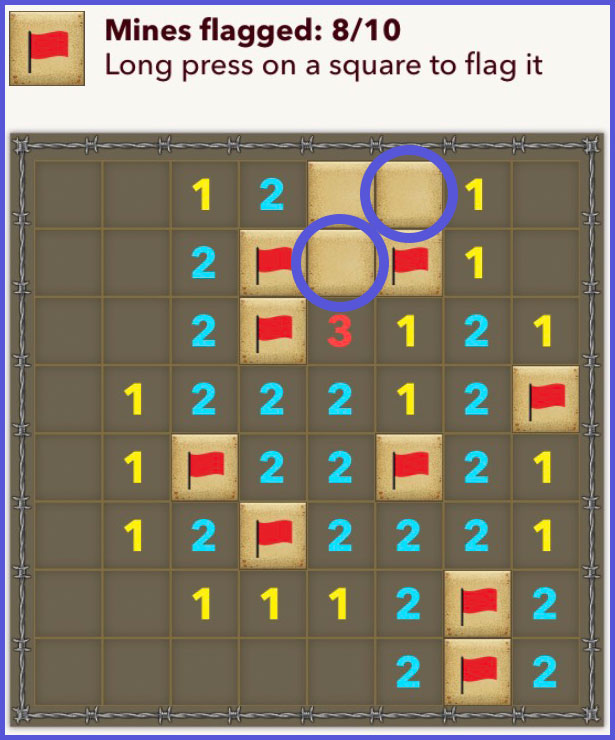 That opens things up quite a bit, so you'll have a 2 towards the top right that is only touching two tiles so we can flag that one.

Related: What does Karma mean in Bitlife?

That confirms the three mines are touching the 3 and the 1 next to it. There's also a 1 at the top right that is touching a tile we can safely press. These are the final ones we need, so all we need to do is flag the top left one and it's complete! 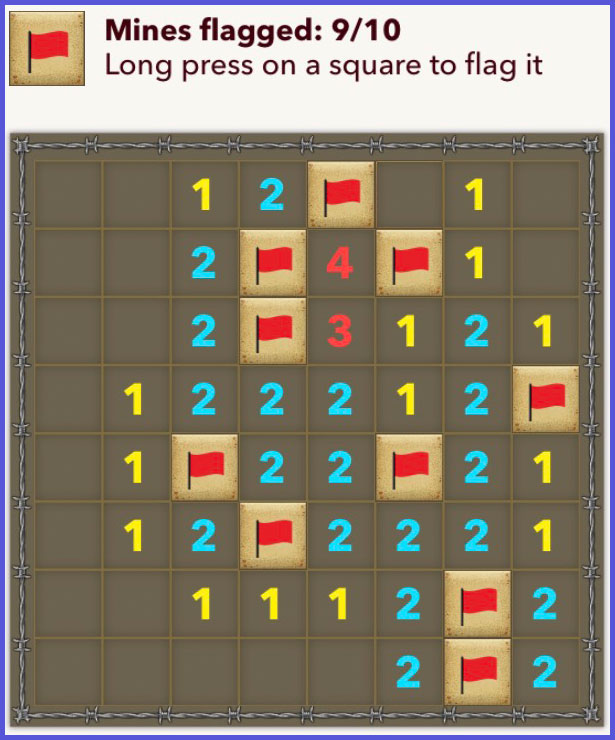 That's how you would complete a full deployment game. It can sometimes get a bit more difficult because of the size of the board. That seems to be randomly decided, and it doesn't change much other than adding more mines.

For more on Bitlife, we at PGG have a massive roster of guides for nearly everything there is to do in the game such as What does Discipline mean in Bitlife? and How to become a Leprechaun in Bitlife.

How to go fishing with your father in Bitlife

How to complete the Father’s Day Challenge in Bitlife

How to become a Governor in Bitlife

How to be a famous movie star in Bitlife

How to Complete the Schwarzenegger Challenge in BitLife