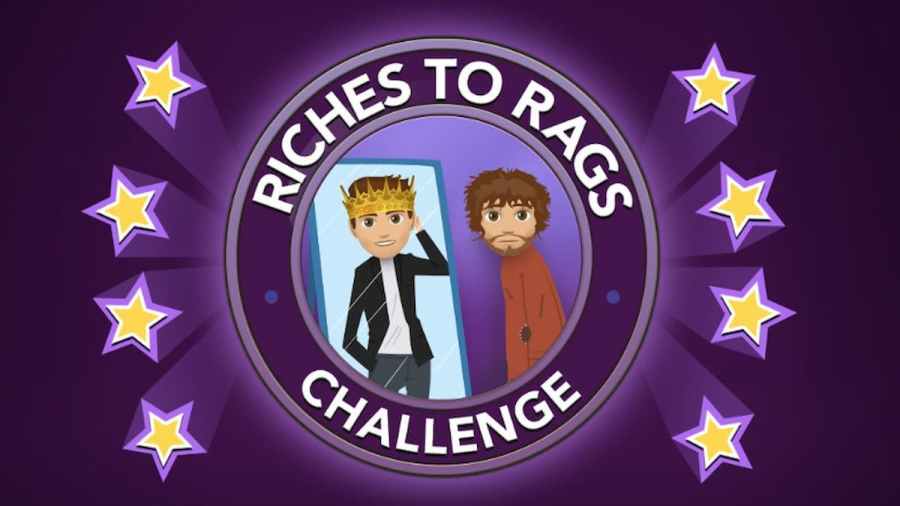 Do you have it all but wish you had nothing instead? BitLife has the challenge for you. The Riches to Rags challenge debuts on December 29, 2022, letting you live as royalty before kicking you to the curb. See if you can thrive in both extremes with this super fun challenge.

You'll need to accomplish five goals to fulfill the Riches to Rags challenge. They are:

You can only accomplish the last two goals if you have the Street Hustler career pack by either buying it as a standalone pack or through Boss Mode, so make sure to purchase that before attempting this challenge.

Related: How to marry a sugar daddy in BitLife

To become a king, you'll need to start with a male European. Somewhere like the United Kingdom, Sweden, Belgium, or the Netherlands is your best bet. If you have God Mode, you can set your royal status as prince immediately or create new characters until you have a prince. You'll also want to be the eldest or an only child to increase your odds of getting on the throne.

Proceed through life as normal with your prince until they become a teen. Once you hit the teenage years, you can either: kill the king yourself, hire a hitman to kill the king or wait for your dearest papa to die of natural causes. No matter what you choose, you will need to make sure that anyone who stands between you and the throne is dead so that you can reign for at least 15 years.

Getting exiled and scamming people

Once your 15 years are up, it's time for your second act: living a life of crime as an exiled ruler. The easiest way to make the public hate you enough to boot you from the throne is to commit public executions until your population disrespects you enough to throw a coup and kick you out.

Now that you've been exiled go to the Occupations and become a Scam Artist. It doesn't really matter how you're scamming your citizens as long as they're being scammed. Keep at it until you've made at least $500,000 in total earnings, and you'll have fully completed the challenge.

Looking for more BitLife content on Pro Game Guides? Check out How to complete the Marathon Runner Challenge in BitLife.

How to Complete the Riches to Rags Challenge in BitLife