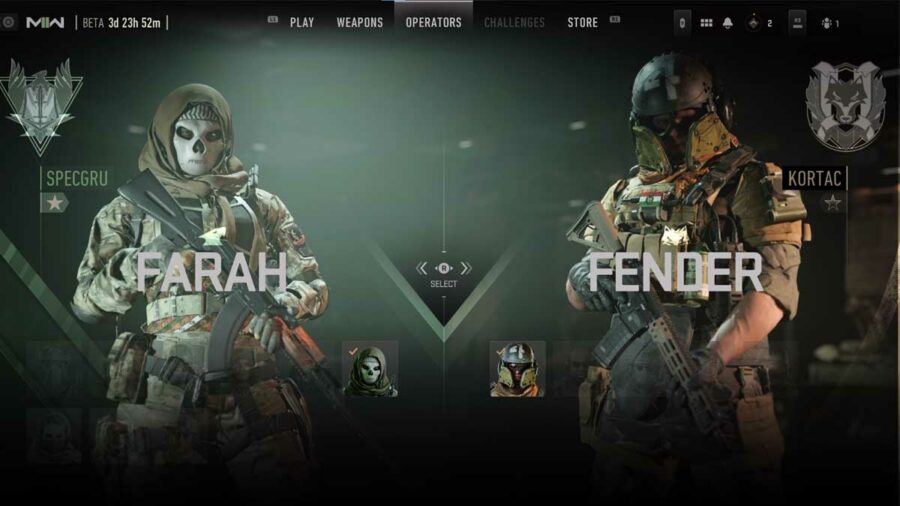 Call of Duty is coming in hot with its first beta for Modern Warfare 2 available to PlayStation users. As anticipation grows for the full release, players will be able to get a taste of what's to come. But the most important choice to make is who you'll be playing as. After all, aside from your gun, the character is what many others will see first. So, who is available in the beta?

Who is in the Modern Warfare 2 beta?

There are two factions that players will be participating in when they play the Modern Warfare 2 beta, SPECGRU and KORTAC. Similar to the first Modern Warfare, players can choose their preferred faction, but will still want to pick their desired character on each side. That way, even if you're stuck with a team you don't like, you can still look your best.