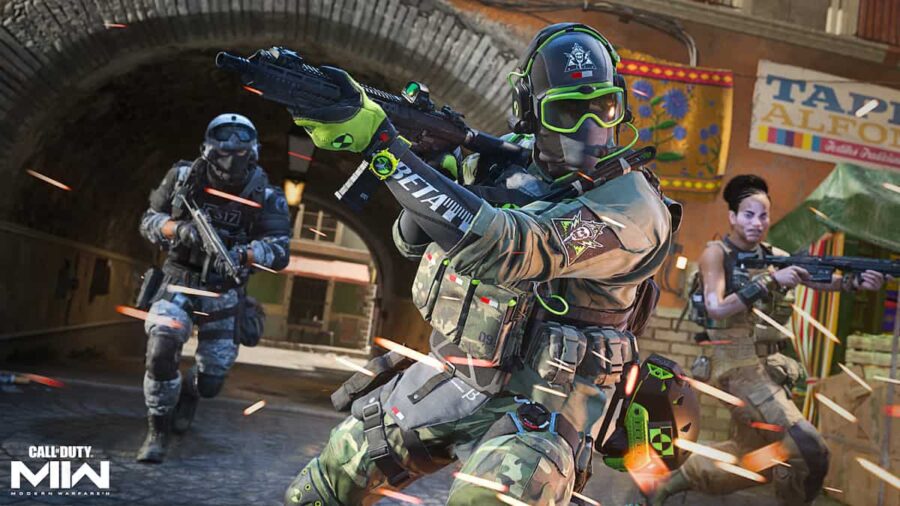 The Shock Stick Tactical item will have multiple uses, especially on different terrain. This item sticks to surfaces before dealing a burst of electrical pulse that not only deals damage to opponents but also destroys equipment and makes vehicles malfunction. Players can also use this Tactical equipment underwater.

The Drill Charge is a Lethal piece of equipment that fans call the anti-camping tool. This item can deal damage from across the wall, ripping through it to make a hole. Players on the opposite end of a Drill Charge will get to hear it and see a grenade indicator. After penetrating the wall, the Drill Charge sets off a grenade that deals splash damage to root out enemies.

The Inflatable Decoy is a synthetic polymer dummy that inflates after being thrown on the ground. This item looks exactly like an opponent operator and functions like a Proximity Mine when activated. The Inflatable Decoy can be used strategically to confuse and bamboozle enemies. You can essentially hold angles by properly placing this item at a spot that forces the enemies to peek a corner.

Related: How does underwater combat work in Modern Warfare 2?

The DDoS Field Upgrade allows players to spot enemy equipment and vehicles nearby. You can use the DDoS to deactivate the equipment and vehicles and disrupt enemy sensors in close proximity. In functionality, it works quite similarly to an EMP burst. Combine this effective tool with other Tactical and Lethal equipment items to bring out enemies from hiding.

Perk Packages have four Perks, with two Base, one Bonus, and one Ultimate Perk. These are earned during Multiplayer matches, and you can edit your Perk Package from the Loadout. There are several pre-made Default Perk Packages, and you can select the ones that work for you before starting a match.

The Tactical Camera is a Field Upgrade that can be thrown to the surface to keep an eye on the area. Every teammate can access the Tactical Camera, and this item sounds off an alarm whenever it spots an enemy trying to infiltrate the area. You can use multiple items to set up a multi-directional surveillance system. Since it spots and marks opponents, this item will be highly useful in Battle Royale modes.