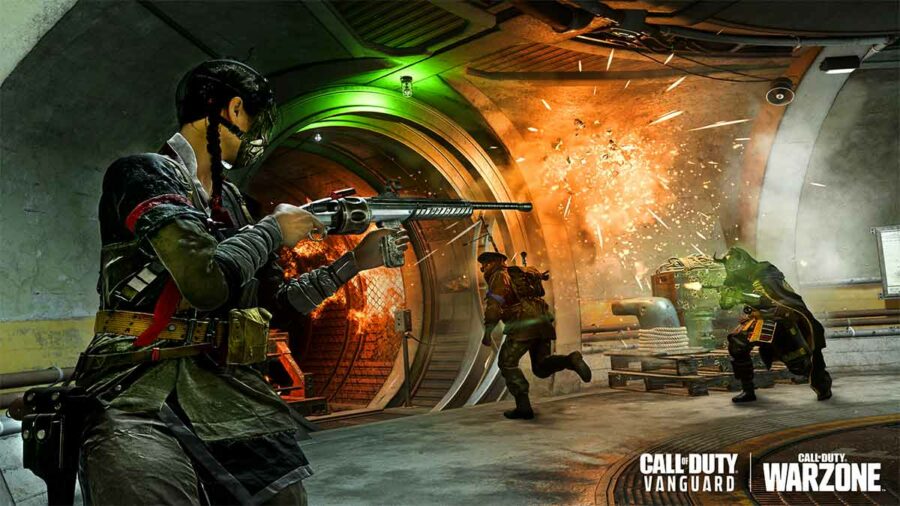 Call of Duty: Warzone Season 4 Mercenaries of Fortune added several new map changes to Caldera. One of the changes include the introduction of seven Underground Mercenary Loot Vaults at various locations on the map. Here's a guide to all the secret vault locations and how to access them.

The Underground Mercenary Vaults on Caldera are inside the seven secret bunkers on Caldera. The locations of these bunkers are hinted on the map with a light yellow circle, as shown in the image above. These are also called the Underground Transit Bunkers and are marked with a golden circle icon on every player's tac map. Here's a list of all the Mercenary Vault locations in Warzone:

How to open the Mercenary Vaults in Call of Duty: Warzone

Although the bunkers and their fast travel system are available to everyone, you can only unlock the Mercenary Vault with the Golden Keycard. This is a legendary loot item that you can pick up and store in your inventory until your death. Also, keep in mind that one Golden Keycard opens only a single Vault. Therefore, you need another one of these rare items to access a different Mercenary Vault.

Where to find Golden Keycards in Warzone Pacific

Golden Keycards are legendary loot items and are difficult to find. Nonetheless, you can find them mainly from supply chests or by picking one up from a dead enemy's dropped loot.

Since opening the Mercenary Vaults requires effort, the rewards you get from the secret stash are incredible. Inside the Vault, you can find numerous supply chests containing the following items:

Stay tuned to Pro Game Guides for more Call of Duty and Warzone content. In the meantime, head over to our article on Best UGM-8 Loadout and Class in Call of Duty Warzone.

CoD Warzone Mercenary Vault locations & how to open them