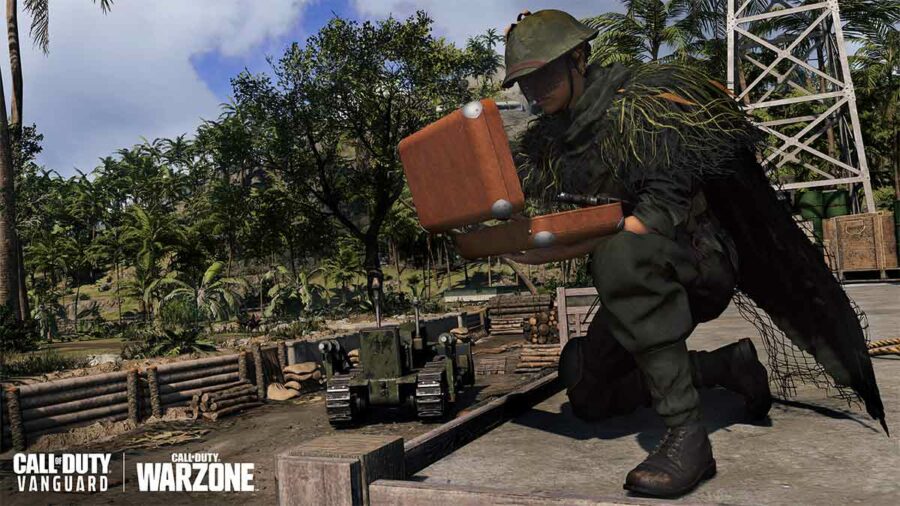 Nebula V Bomb is a Killstreak that was introduced into Call of Duty: Warzone with the Season 2 update. The rarest of all loot items is as part of the Search and Deploy limited-time event. Using this equipment, you can essentially turn a huge portion of the map into an uninhabitable toxic zone.

Once you have acquired a Nebula V Bomb, you can activate it at any location you that you want to explode. The weapon is a timed-explosive device that, upon explosion, releases the toxic Nebula V Gas that engulfs the surrounding area.

Related: How to get the free Season 2 Combat Pack in Call of Duty: Vanguard and Warzone

After activation, any player near the inner explosion radius will get a 25-second warning to evacuate the area. Those who choose to stay inside the initial blast zone will die immediately. Thereafter, the fallout of the toxic gas slowly spreads to the outer radius over two minutes. Subsequently, the effects of the gas wear out after shortly after the outer radius is touched.

Players can easily outrun the gas by moving fast, using vehicles and Redeploy Balloons. The gas does a low amount of damage overtime, but it's indeed lethal. Although the Killstreak is hard to find, there's a high chance of finding it from Armored Convoy Trucks or Caldera Bunkers.

Stay tuned to Pro Game Guides for more Call of Duty content. In the meantime, head over to our article on – All 2022 CDL Skins and Camos in Call of Duty: Vanguard and Warzone.

How does Nebula V Bomb Killstreak work in Call of Duty: Warzone Pacific