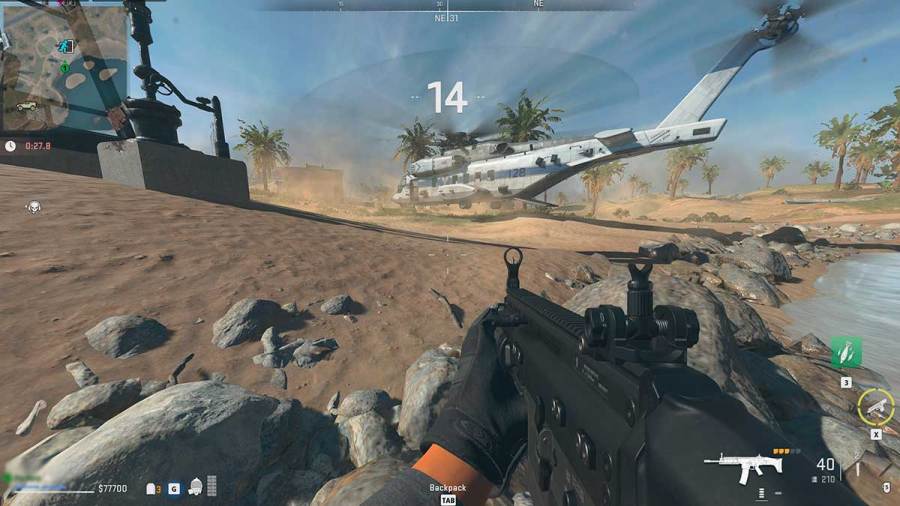 Looting, completing missions, and extraction are the main objectives in Call of Duty: Warzone DMZ. After dropping into Al Mazrah, you can extract from any of the three marked exfil points on the map until the radiation spreads, which happens as the match nears its end. To give the players a last chance to extract from the DMZ, the fourth and final exfil helo arrives.

When does the final exfil arrive in CoD DMZ?

As the 25 minute timer during a DMZ match ends, the radiation zone, where the Chemist resides, starts spreading across the map. The radiation zone spreads in a circular fashion from its point of origin and takes 10 minutes to engulf the entire Al Mazrah. If the radiation has reached an exfil site, you cannot call in the extraction helo from there.

Related: How to get the Hydro Island Computer Key in Warzone 2 DMZ

Once the third exfil point is disabled by radiation, the final exfil will appear somewhere on the edge of the map at a location that is still safe. Soon, the final extraction chopper will arrive and you will be given ample time depending on the reach of the radiation zone. If you find any enemy players trying to board the chopper, you can decide whether to befriend them or eliminate them. Furthermore, the final extraction is also a task in one of the Tier 4 Legion Faction Missions, Last Minute Evac. This mission requires you to exfil three times using the final exfil with $60,000 cash.

What happens if you miss the final exfil in DMZ?

If you fail to board the final exfil helicopter within given time, it will leave you and any other player stranded on the map. You will eventually die and lose all your gear. Therefore, keep a vehicle at your disposal and make sure that you can catch the last flight out of Al Mazrah to secure your belongings and progress.

Stay tuned to Pro Game Guides for more Call of Duty: Modern Warfare 2 and Warzone 2 content. In the meantime, head over to our article on Where is the Bank of Adal in Warzone 2 DMZ?

How to extract with the final exfil in Warzone 2 DMZ