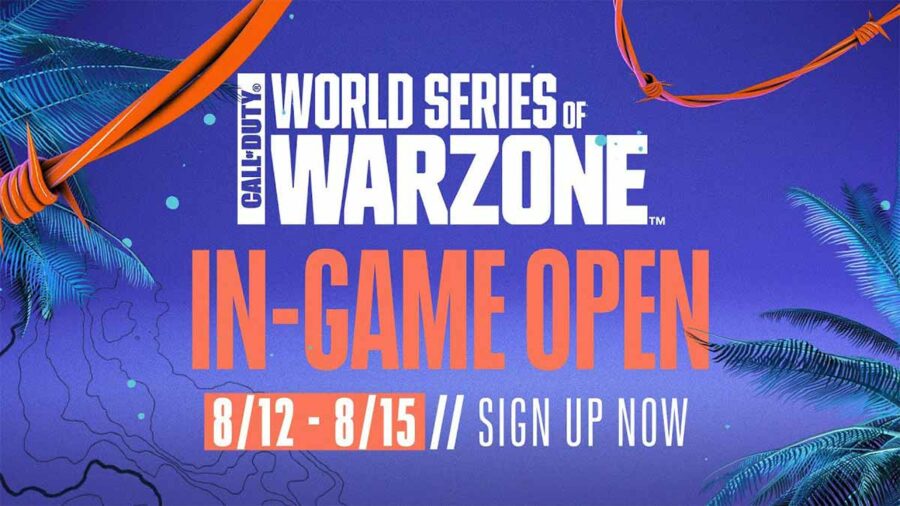 How to participate in World Series of Warzone 2022

The World Series of Warzone 2022 event is being hosted by Amazon Prime Gaming. The participants include content creators invited by Activision, players from Call of Duty League teams, and teams who qualify in the initial stage. The first stage of WSOW 2022 is the In-Game Open, in which anyone from the North America (NA) and Europe (EU) region can participate:

Related: How to get 2022 CDL Champs viewership rewards for CoD Warzone & Vanguard

World Series of Warzone 2022 will be conducted separately for two regions—NA and EU, each featuring a prize pool of $300,000. The tournament is planned in three stages for both regions:

WSOW will primarily be a Caldera Battle Royale Trios tournament with an additional Solo match where the winner takes all the money. In the Final round, five matches of trios will be played, and the prize pool will be $200,000. On the other hand, the winner of the "SoloYolo" game will bag the prize of $100,000 all for themselves.

How to watch World Series of Warzone 2022

You can watch your favorite streamers and friends on whatever platform they will be live streaming on, i.e., YouTube, Twitch, and Facebook. WSOW Qualifiers and Finals will also air on Call of Duty's official Twitch channel.

The event also brings the World Series of Warzone Battle Pack available through Prime Gaming. From Sept. 2 onward, players can claim this bundle that contains an operator skin, two weapon blueprints, and more in Warzone and Vanguard.

Stay tuned to Pro Game Guides for more Call of Duty content. In the meantime, head over to our article on How to play ‘Rebirth of the Dead’ mode in CoD Warzone.

How to register for World Series of Warzone 2022 Tournament