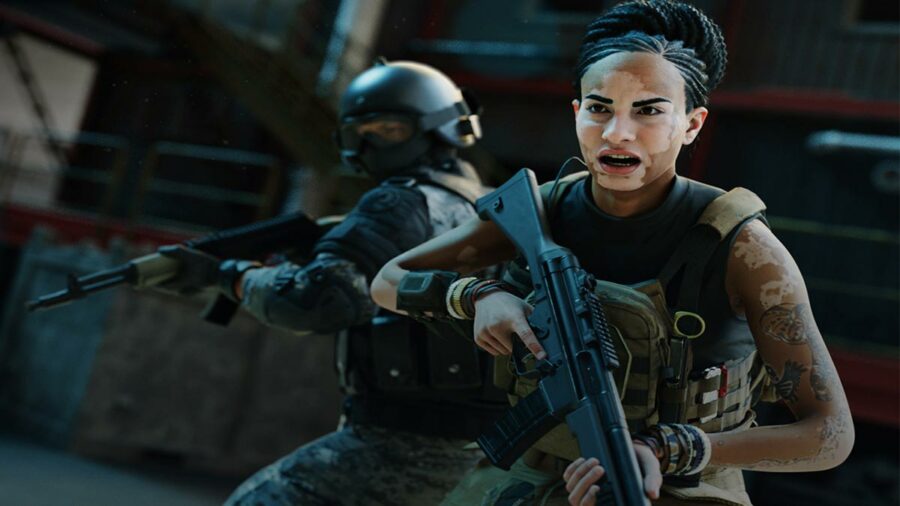 There are several weapons to unlock, level up, and use in Call of Duty: Modern Warfare 2 Beta. The iconic MP5 Submachine Gun has made a comeback and falls within the Lachmann Meer platform or weapon family. Here's how to unlock the MP5 and build the best custom class for it.

To equip the Lachmann Sub in Modern Warfare 2, follow the steps shown below:

Although not all attachments are available right now, you can use the following for a powerful close-mid range Lachmann Sub build in Modern Warfare 2 Beta:

Firstly, the muzzle and barrel used here help with vertical and horizontal recoil control, which is essential for landing your shots accurately. The FTAC 12" barrel also boosts the damage range and hipfire accuracy of the gun. If you'd like your MP5 to have better aim-down-sight (ADS) and movement speeds, equip the L38 Falcon 226mm Barrel instead.

Next up, the Lockgrip Precision-40 further improves the hipfire spread and accuracy of the gun to give you an edge in close-quarters combat. While all the aforementioned attachments hurt the weapon's mobility to some extent, the No Stock balances this by adding various mobility features to the gun. Finally, you can use the extended mag for some extra bullets.

Stay tuned to Pro Game Guides for more Call of Duty: Modern Warfare 2 content. In the meantime, head over to our article on Player feedback not being considered for upcoming Modern Warfare 2 beta changes.

Modern Warfare 2 – How to get Lachmann Sub MP5 & best builds