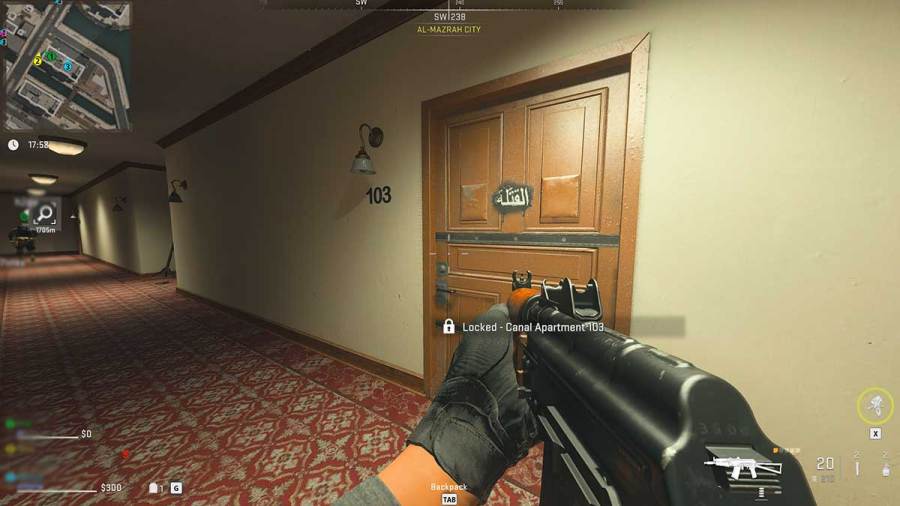 In Call of Duty: Warzone 2 DMZ, players can unlock various loot caches and secret rooms using keys that spawn randomly as loot across Al Mazrah. While some of these locked spaces have barely any valuable items, other places have enough loot for an entire team. One such high-tier loot location is Canal Apartment 103.

Canal Apartment 103 is located in Al-Mazrah City, a POI in the northeastern part of the map. You can access the apartment on the ground level of the building marked on the map above. Unlock the main door using the Canal Apartment 103 Key, and you'll find two duffle bags, a supply crate, an orange supply chest, and bags of cash inside the rooms.

Before the Season 1 Reloaded update, the central region of Al-Mazrah City, with the hotel and apartment buildings, didn't have much security. Now you will find several armored and unarmored AQ Soldiers guarding the area. Therefore, be careful while visiting Canal Apartment 103. You can also explore other nearby landmarks such as Art Museum, Downtown Post Office, and US Embassy if you have their keys.

Stay tuned to Pro Game Guides for more Call of Duty: Modern Warfare 2 and Warzone 2 content. In the meantime, head over to our article on Where to find Chemical Storage Warehouse in Warzone 2 DMZ.

Where to find Canal Apartment 103 in Warzone 2 DMZ