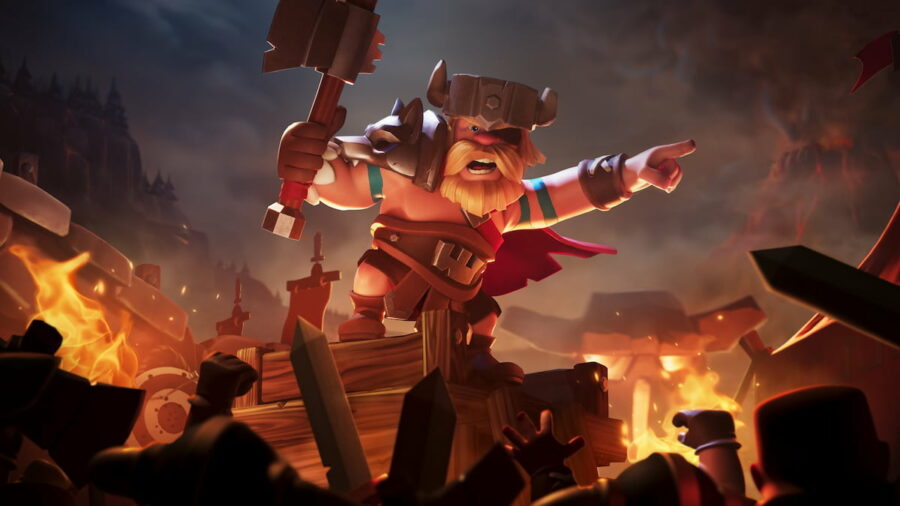 In Clash of Clans, reaching Townhall 10 (TH10) gives players a number of army options to use during clan wars. While the target for any TH10 member is to get three stars on the opponent's base, there are several layout designs that prevent players from getting a clean victory. However, any TH10 base layout can be three-starred in clan wars with the proper army composition and deployment technique.

Players favoring aerial attacks more than ground charge often use the staple Lavaloon strategy to three-star opponent's bases. While the attack revolves around Balloons and Lava Hounds, players will need to get maximum value out of their Archer Queen, and Barbarian King. The idea is to take down the opponent's Archer Queen before deploying Balloons.

These two heroes will start the attack and destroy the opponent's clan castle troops, allowing players to charge in with the Lava Hounds and Balloons. There are a few variations for this composition, but we recommend players use the Archer Queen Charge by taking a few healers. You can also replace the healers, and choose more Lava Hounds and Balloons for a more aggressive composition.

Perhaps the oldest, yet most effective TH10 army composition is the GoWiPe. While the composition is simple, the critical part of this strategy is funneling the bulk of your army towards the center of the base—the Golem and P.E.K.K.A will take most of the damage, acting as a tank and allowing your other troops to funnel into the base.

Use all the Earthquake Spells to create an entrance point to funnel your army, favorably on the Townhall side. Clear the structures on the flanks to avoid any sort of army deviation, and hold the Clan Castle Hogs till most of the giant bombs are cleared out.

The Zap Dragons strategy is relatively simple, and players will have already practiced this back when they were in Townhall 9. In TH10, this attack strategy takes a huge turn with the inclusion of a stronger Archer Queen and higher-level troops. The basic idea is to destroy the opponent's Air Defenses with Lightning Spells, allowing the Dragons to freely move across the base.

Sometimes players will notice multi-target Inferno Towers being placed right next to Air Defenses. This makes it ideal to carry more Lightning Spells to destroy both the Air Defense and the Inferno Tower. Once that's done, start clearing the flanks to successfully create a funnel for the Dragons.