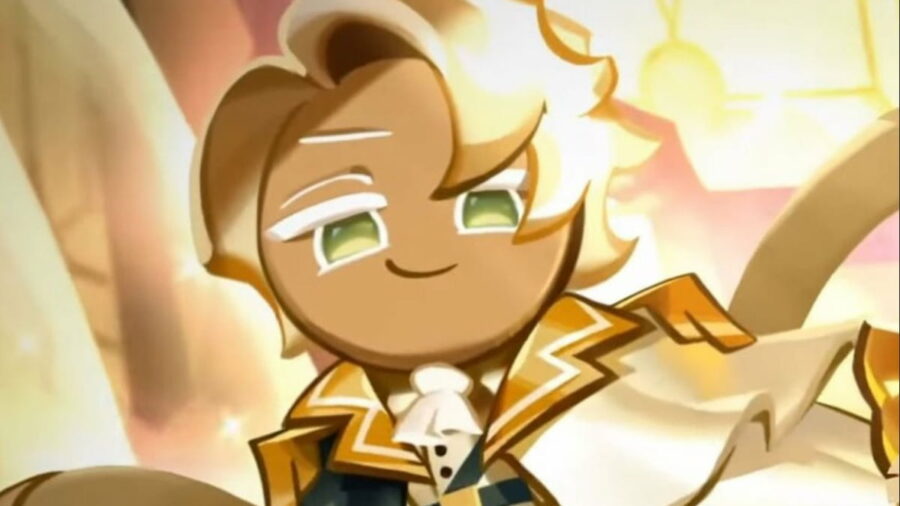 Clotted Cream Cookie is Cookie Run: Kingdom's first Super Epic Cookie. He's a Magic Cookie who occupies the middle of the battlefield. In the story, he plays a role as the Consul of the Creme Republic and is the youngest member of the Council of Nine.

Clotted Cream is best paired with DPS-enhancing Treasures, such as the Old Pilgrim's Scroll and Grim-Looking Scythe. The Squishy Jelly Watch is also a must-have for cooldown reduction, which will allow him to spam his powerful skill throughout longer battles. In the Arena, you may want to equip a Sugar Swan's Shining Feather to revive Clotted Cream, as his low DMG resist often makes him the first victim to fall.

Consul's Orders: Upon using his Skill, Clotted Cream Cookie projects the Light Cage onto the nearest enemy (targets Cookies first), blocking buffs and dealing area DMG. The Light Cage can be projected onto Cookies resistant to interrupting effects and prevents them from receiving removable buffs. The Light Cage will also inflict extra DMG relative to the target's HP at the end of its duration. While Clotted Cream Cookie is using his skill, he will become resistant to interrupting effects. DMG relative to Max HP is capped at 300,000.

Clotted Cream Cookie can be drawn from the Gacha at a rate of 0.060 percent. He is on rate up in his event banner, Consul's Brilliance, which runs until June 14, 2022.