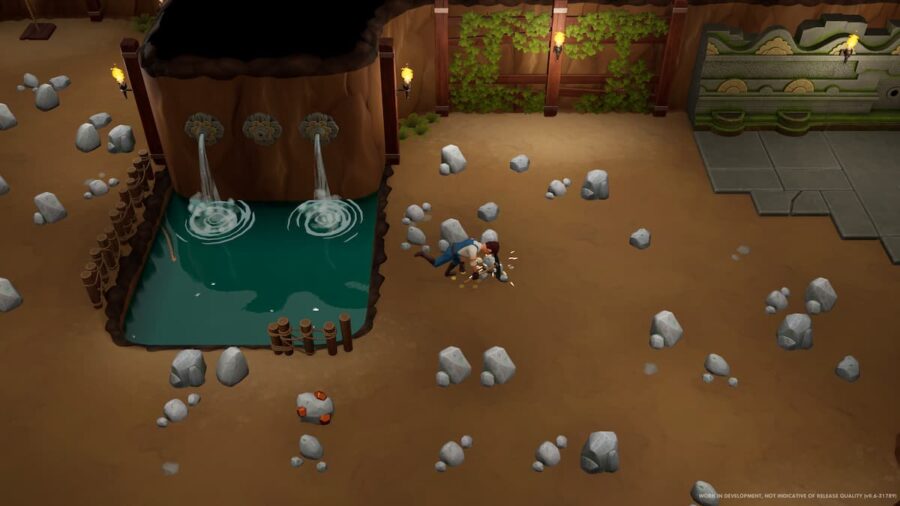 Get ready to explore a tropical island in Coral Island. This reimagined farm sim will give you the lay of the land as you expand your farm and meet the residents. There is plenty to do in island life, ranging from fishing, forming relationships, and even celebrations. But one thing you may be wondering about is whether there will be combat in Coral Island.

Does Coral Island have combat?

Related: Is there co-op in Coral Island?

Some players and fans of the farming simulator genre prefer a more peaceful experience and may not want combat in their game. While combat is present in Coral Island, the developers are working on a solution for those who do not wish to have combat. We do not know what this is, but it is nice to see developers listening to their fans and implementing different options.

For the time being, you will need to bring your trusty weapons when delving into caves for various resources. Fortunately, there is plenty to do afterward to calm down and relax in Coral Island.

Is there combat in Coral Island?