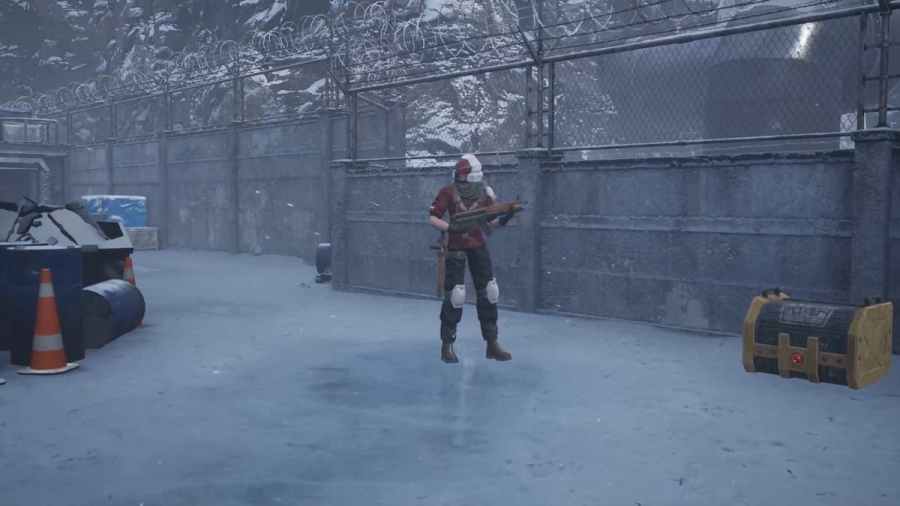 Related: What to do with the Boiler Handle in Modeoheim in Crisis Core

Before you enter the gate, squat three times, this will keep up your temperature and give you something to do waiting for the guard. From the gate, head to the far left first once the guard has its back to you. Grab the chest, then quickly go to the cover in the center. Once the guard starts walking to the left, follow behind them slowly. The second chest is at the end of this corridor. Once you get the chest, grab it, hide behind the cover, and wait for the guard to start walking back. A second guard should be in the center as well, but you can squeeze between it and the wall to your left if you are quick.

After this, you can quickly grab the remaining three chests without worrying about the guards. The third chest is directly in front of you before the turn to the left. Grab it and then turn left and head to the lower area. Collect the chest here and then go left to the raised area. The final chest is on the left side of this platform. Once you collect this, descend into the facility.

For more information on Final Fantasy, check out Should you listen to the voicemails in the Modeo Bathhouse in Crisis Core? and How to get Goblin Punch in Crisis Core on Pro Game Guides.