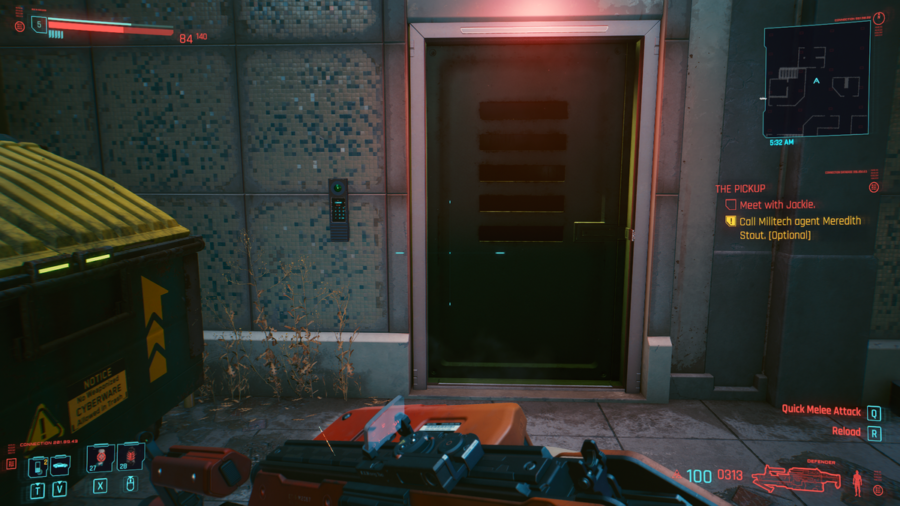 Cyberpunk 2077 is a big game with a lot of content to unlock that includes both better weapons and gear or more challenging missions. That said, if you want to get far in the game, you are going to have to level up to unlock better gear so you can survive in the harsh cybernetic hell hole of Night City. Luckily in this guide, we will show you all of the best ways to accomplish this, so here is how to level up quickly in Cyberpunk 2077.

Best ways to level up quickly in Cyberpunk 2077

Below are all of the best ways we have come across so far to level up in Cyberpunk 2077. Before we begin, it is worth noting some methods will be better than others, and with some, you might want to be careful before attempting some, as they can be challenging. With that out of the way, here is all of the ways to level up quickly in Cyberpunk 2077. 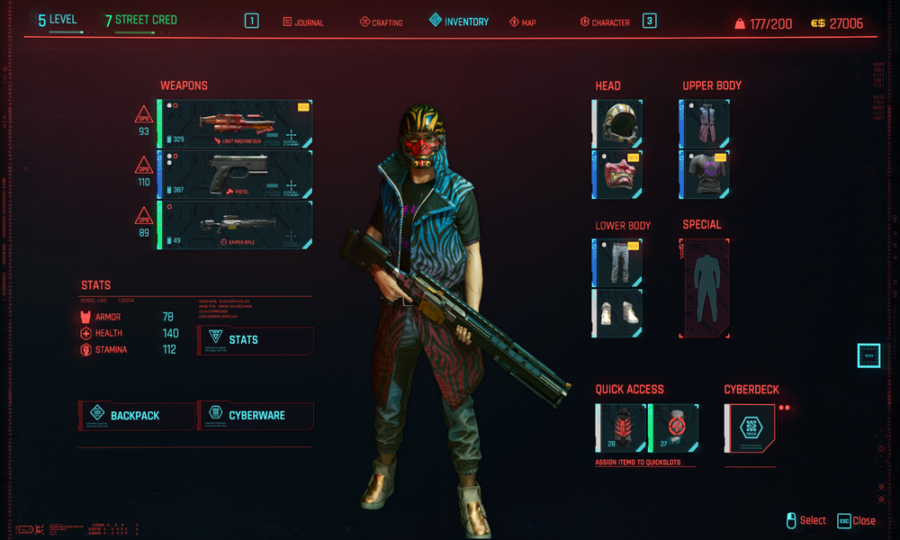 Night city has a lot of work for those who know their way around a gun, so much so, it's pretty much the number one industry in the city. If this sounds good to you, there are many bounty missions you can take on all over the map, where you will kill various targes for huge rewards. Along with this, these bounties are an excellent source of street rep and XP, so we recommend doing all of these missions when you can. 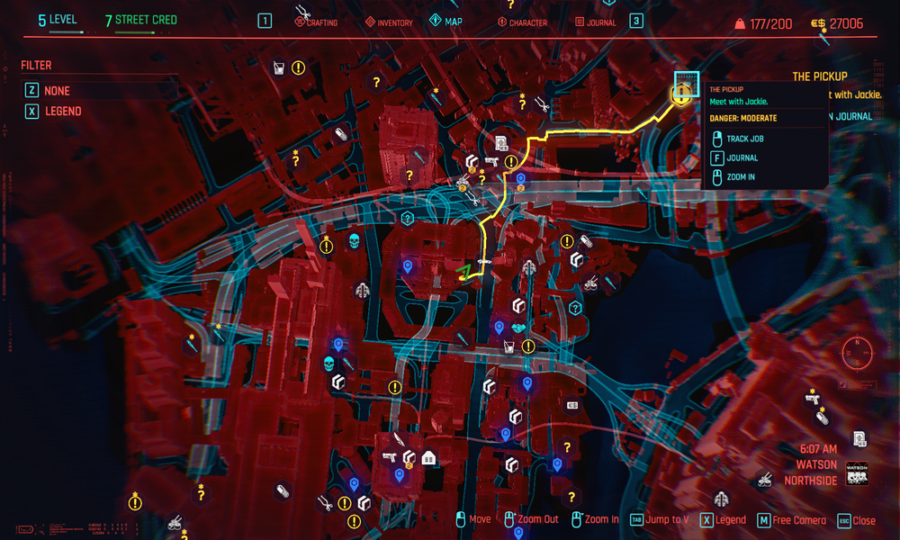 One of the best methods for leveling up in the game early on is simply progressing in the story, as you will earn massive amounts of XP by doing so. However, don't progress too far as you will get locked out from doing certain side quests when you reach a certain point in the game. Because of this, we recommend focusing on other XP farming sources.

Related: How to Find bounties in Cyberpunk 2077

Who knew it paid so well to fight crime? 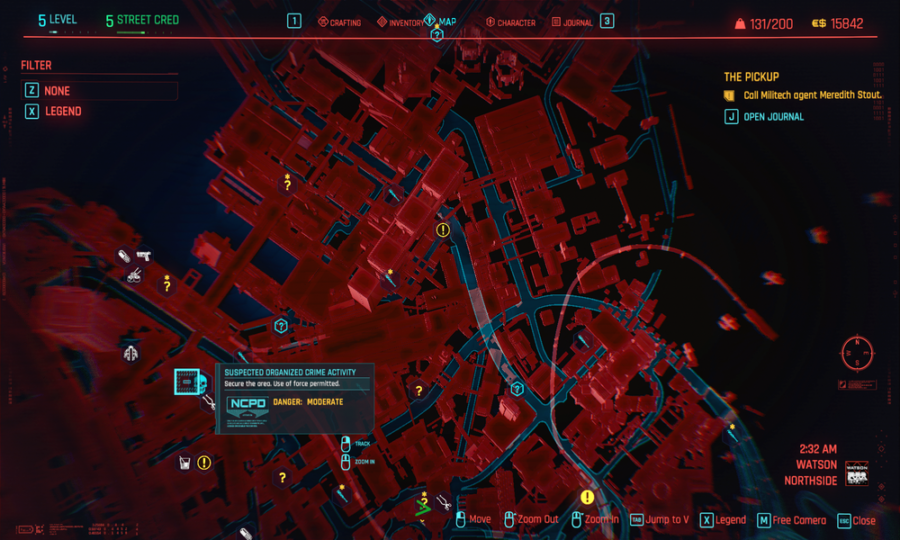 NCPD has their hands full trying to keep the peace in a city filled with psychopaths and criminals, so from time to time, they will have various missions up on the map where you will need to go and neutralize groups of criminals and secure evidence. NCPD missions are an excellent way to get some decent eddies (money) early on in the game and XP to level up, so we recommend embracing your inner Pinkerton and complete these missions.

Complete gigs and side quests. 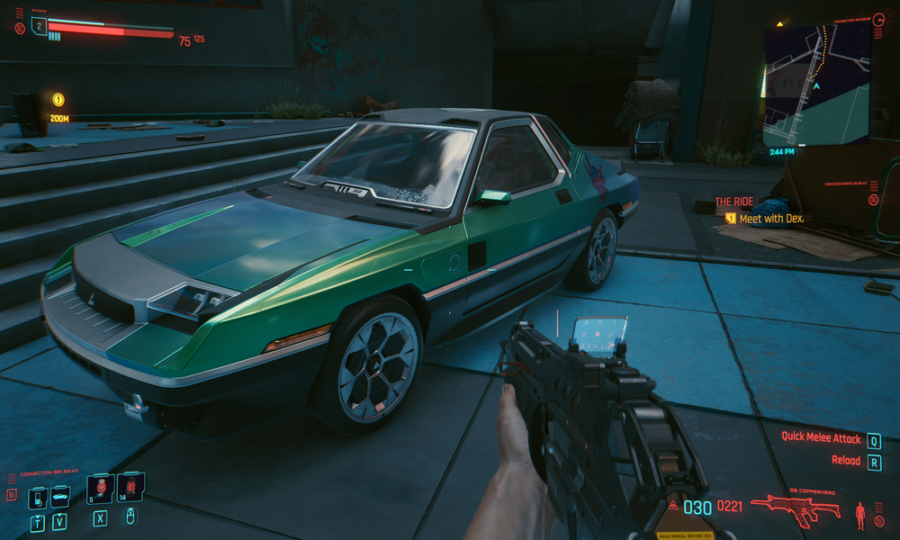 In Cyberpunk, there are many side quests to complete, and on top of that, Fixers will occasionally offer jobs or "gigs" that you can do for some sweet rewards. Along with that, both quest types will net you massive amounts of XP if you consistently do them. 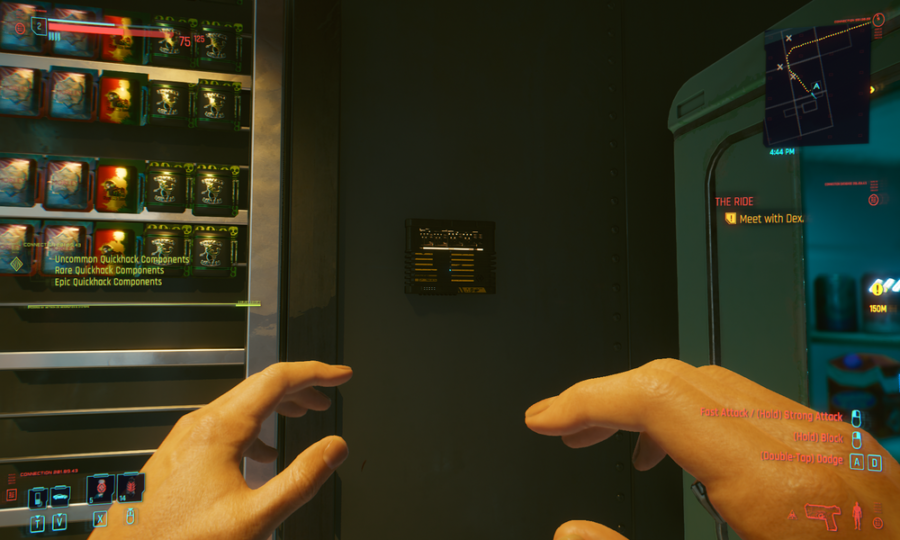 In various locations, all over the map are hacking points where you will need to jack into and solve a puzzle. Completing these hacking puzzles can level your hacking skills and gain you some XP, along with rare items, so we recommend trying it out whenever you can.

Related: How To make and farm money in Cyberpunk 2077

Cyberpunk has a skill system similar to Skyrim's, meaning if you do a specific action enough, it will level the skill. For example, by using handguns or hacking, you will earn XP and level these skills up over time. Because of this, we recommend keeping this in your mind if you should ever want to level a specific skill a little faster.

Get an XP boost by increasing the difficulty 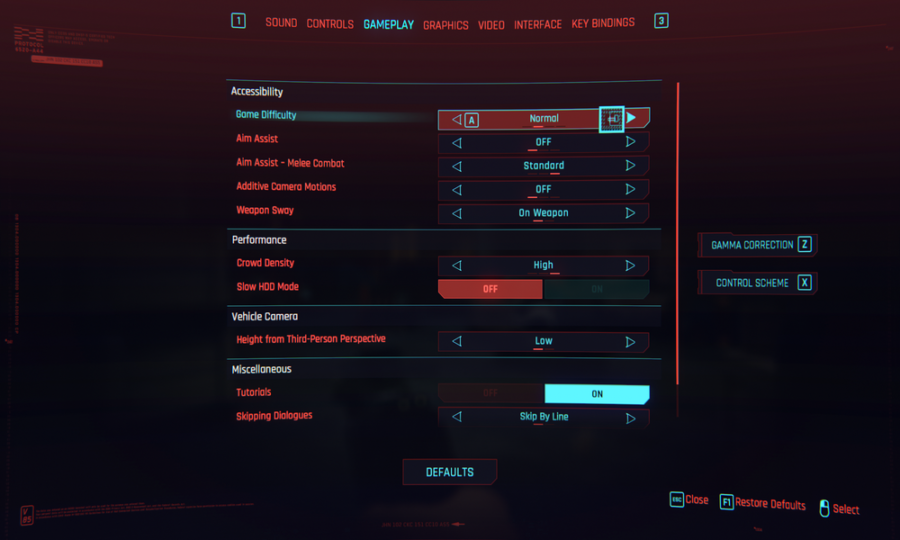 If you feel like you are up to it, you can increase the difficulty in Cyberpunk 2077 to earn more XP from everything you do in the game. However, it's worth noting that this option might be more trouble than it's worth as enemies may become too hard for you to kill if you are new to the game. Because of this, we would only recommend doing this option if you are a seasoned player or fancy the challenge. Regardless, you can change your difficulty via the gameplay option, while in-game as shown in the image above.

After that last option, that's everything we have for you with this guide, but we have tons of other guides waiting for you at the Cyberpunk 2077 game page. I'd recommend finding out how to buy ammo and change your appearance first. See you around, Samurai.