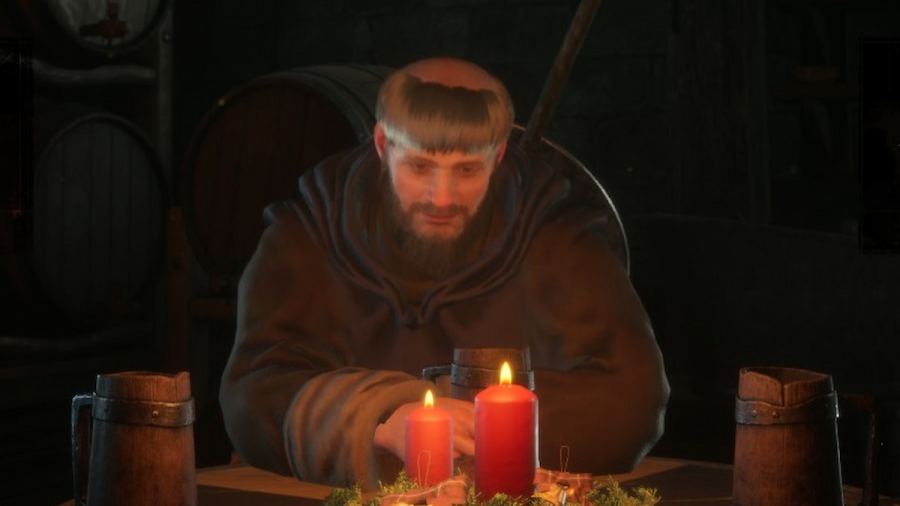 The holidays are a time for cheer, festivities, eggnog addictions, and other jolly things, but my thoughts are on none of these. Instead, my mind has become obsessed with diving into dark dungeons full of deadly monsters and other players who are more than happy to kill me for my loot. That's right—I'm talking about Dark and Darker.

Dark and Darker is developer and publisher Ironmace Games' first-person dungeon crawler. It combines Pvp, PvE, battle royale, and hardcore survival to create a fantasy version of Escape from Tarkov that feels like a classic game of Dungeons & Dragons, another of my favorite pastimes. What's truly impressive is that the game is running through alpha playtests but has already garnered 50,000 followers on Steam and just as many peak players and views on Twitch.

Related: Is Dark and Darker down? How to check server status

I see why it's so popular. The game is extremely challenging but an absolute blast. It offers six classes, all of which feel distinct enough that you want to try them all. I like to play as the Cleric and Ranger, modeling them after D&D characters of mine. This makes Dark and Darker feel so much more immersive for me, as I can envision my characters delving into dungeons and hoping that they come out alive (very often, they don't).

Despite my repeated deaths and failure in Dark and Darker, I've become addicted to exploring its dark corridors, fighting the Undead, and trying to escape the ever-encroaching Death Swarm. My pounding heartbeat matches each step that takes me deeper into the dungeons. Monsters and traps are around every corner, making each encounter deadly and possibly fatal—then there are the other players.

For the most part, it's been every player for themselves. I tend to play by the code of "attack only if attacked first," so I often die, either getting brained by a fighter or blasted by a wizard's fireball. But to my pride, I managed to defeat two wizards who ambushed me while fighting a skeleton mage. Through skill and, in all honesty, luck, I was able to dodge their spells and fill them with arrows. But my joy was short-lived; minutes later, my greed got the best of me, and I was slain just moments before stepping through an escape portal after returning to loot two treasure chests.

Then, on the other hand, I had an amazing interaction in my next game. I switched to rogue, and the game decided I needed a handicap and thus spawned me in with no gear save my loincloth. Within moments, I stumbled upon two rogues fighting some zombies and chose to dive in and assist them with nothing more than my fists. After we put the Undead down, we shared a tense moment before all three of us repeatedly crouched, signifying our friendship and forming the fellowship of the three rogues.

I wasn't much help to them, really, becoming little more than a glorified torch bearer. I found a hooded lantern that let me light up traps or items for them to loot. And so we adventured, them fighting the good fight and me occasionally whacking things with my fists or a torch. Unfortunately, our journey ended abruptly when I bravely but foolishly decided to assist in combat against a swarm of zombies. My loincloth provided little protection as I accidentally stepped in front of my newfound friend's dagger. Though I died, I'll treasure this brief but hilarious experience and look forward to the next bonds of friendship I form in Dark and Darker.

Related: Dark and Darker Failed to Connect to Server – How to fix

These interactions are why I love this game, and I am not alone. With 50,000+ players playing the alpha playtest, it's clear see the game has become a hit. It provides slow, methodical gameplay where every choice is a matter of life and death. Encountering players means making a split-second decision to engage, retreat, or negotiate. It ticks boxes for hardcore gamers and provides what may be the penultimate D&D dungeon-crawling experience—I mean, it even has mimics!

Dark and Darker is slated to release in Q4 of 2023, giving Ironmace Games plenty of time to polish and refine the core gameplay loop and expand upon it. However, even in its alpha state, Dark and Darker is so much fun, regardless of if you make it out alive. This is why I am heartbroken that the alpha playtest ended on December 26. While I hoped to be able to play it during my break, I will simply have to reflect on my joyous times in the dungeon and hope the playtest returns.

2023 is already full of amazing upcoming titles, but Dark and Darker has, in just a brief amount of time, earned a place among my most wanted titles. I am not alone if the number of players who have wishlisted Dark and Darker is any indication. Part of me hopes Ironmace Games will have a surprise announcement of extending the playtest past the holidays, but I fear all I will find in my wishlist this year will be coal.