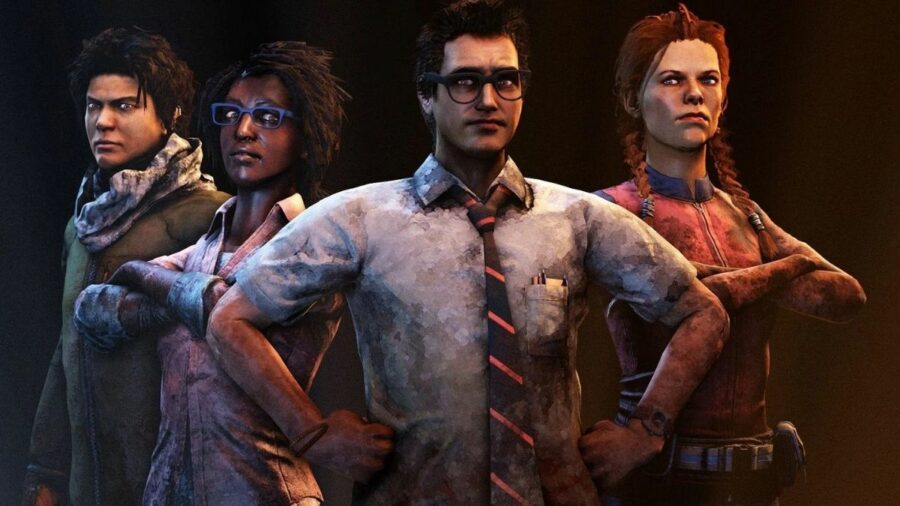 Dead by Daylight is coming up on its fifth birthday, and since its release in 2016 quite a bit has been added to the game. The original survivors and killers have been expanded upon, as well as maps and other gameplay aspects. The best thing about additional survivors is the amount of choice that players now have within the game. So with that in mind, let's take a look at the best ones currently.

Some of the characters in this list will be from add-on packs which need to be purchased, so do bear that in mind—but given that they're on this list they will be worth the investment! These are also 10 of the best, listed in no particular order. 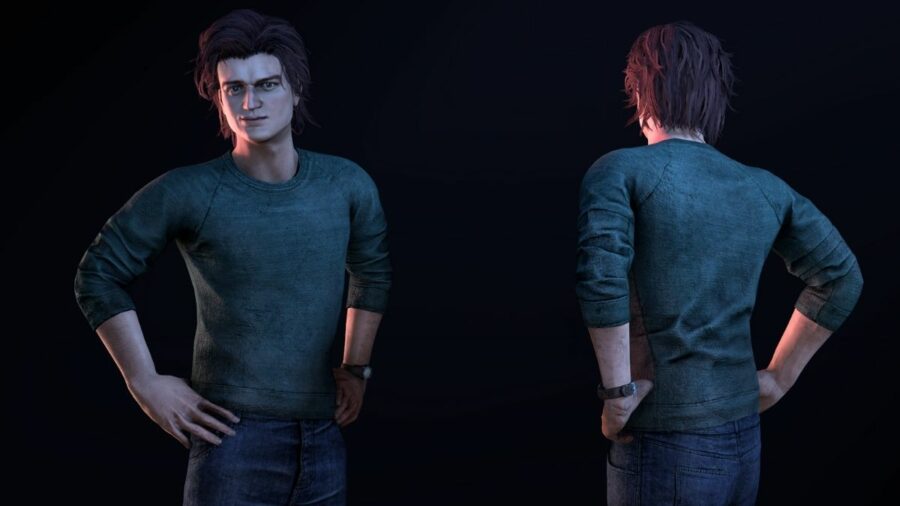 First on the list is the loveable, confident Steve Harrington from Stranger Things. In terms of player abilities, he doesn't boast as much as other characters, but as a teammate he can be very handy. Unlockable attributes include the likes of Babysitter which prevents other rescued survivors leaving scratch marks or pools of blood for either four, six or eight seconds depending on how much you have levelled up the trait. Second Wind is also a great one as after rescuing another survivor, activating the trait will restore your health to a healthy state, ready to do some more sneaky repairing. 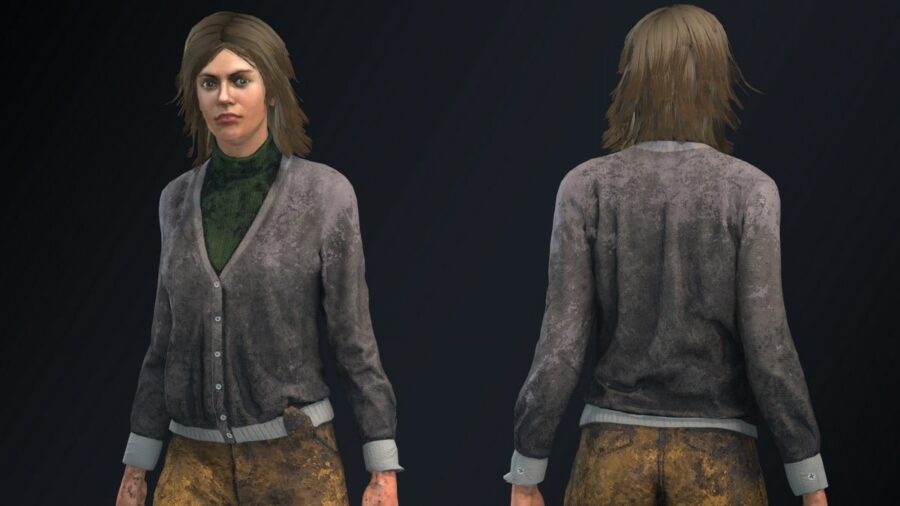 The heroine of the iconic Halloween films pretty much had to be on this list. Her main perk Decisive Strike makes it so that the killer has to pass a really difficult skill check if they catch her 40, 50 or 60 seconds after she has been unhooked (the time depending on how much you have levelled up). Meaning that Laurie is a great survivor for escaping the clasps of the killer, giving you more chance to get after those generators. Sole Survivor and Object of Obsession are also interesting perks that allow her to become bait to distract the killer. An honorable perk that is impressive if you can activate it and still survive! 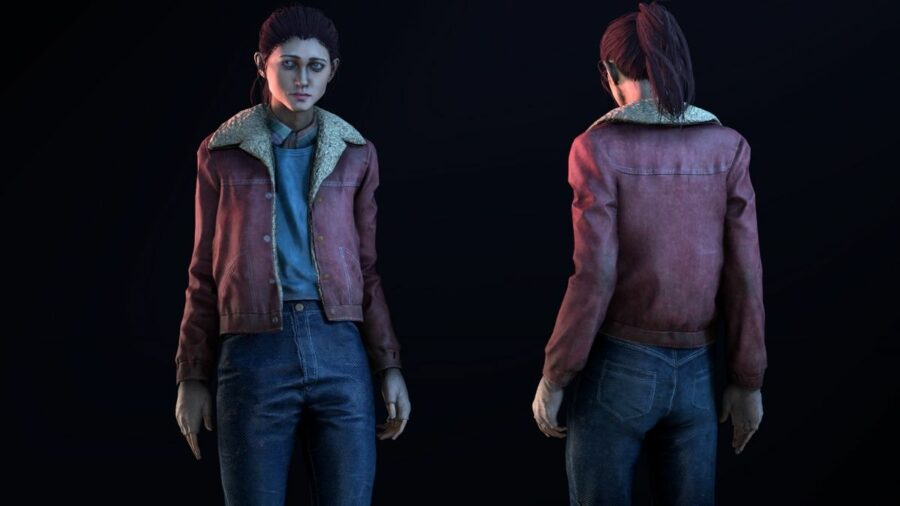 Another character from Stranger Things makes the list! Much like Steve she can be very handy in the sense of being a teammate. Her perk Better Together allows other players on the map to see her aura and which generator she is working on, so that they can help. Fixated is a good one after an escape, as she can see her own scratch marks and will speed up her walking by 10% or 20%, where as Inner Strength allows you to heal one health state after cleansing a totem and hiding in a locker. With these perks in mind, she is a great team player and good as an individual survivor.

Related: How to Turn Off Crossplay in Dead by Daylight 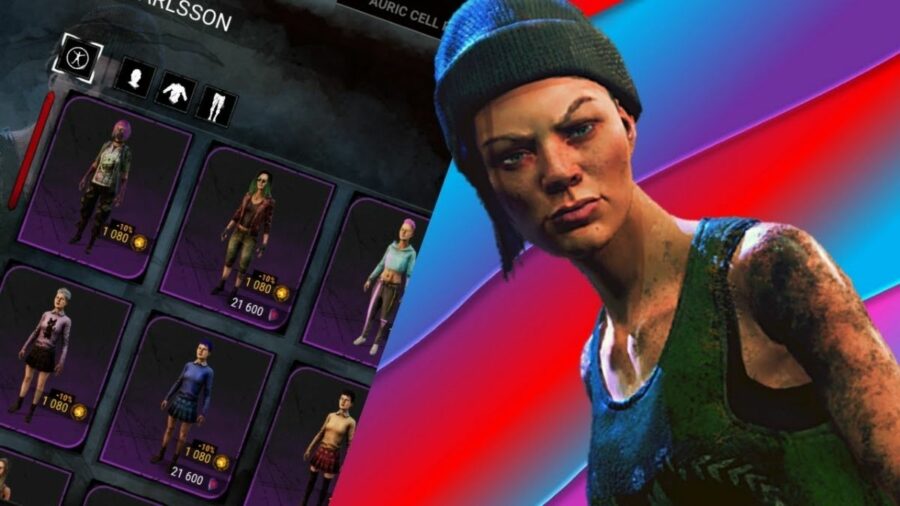 Nea is definitely a more stealth oriented survivor. Her crouching speed can be increased with her perk Urban Evasion, which is great for sneaking around. If you twin this with Balanced Landing, Nea will make significantly less noise when jumping through a window, and her fall impact is reduced along with the staggering time. After this she gains a 150% sprint boost, meaning that those tactical getaways become a little bit easier with the silent landings and increased temporary speed! 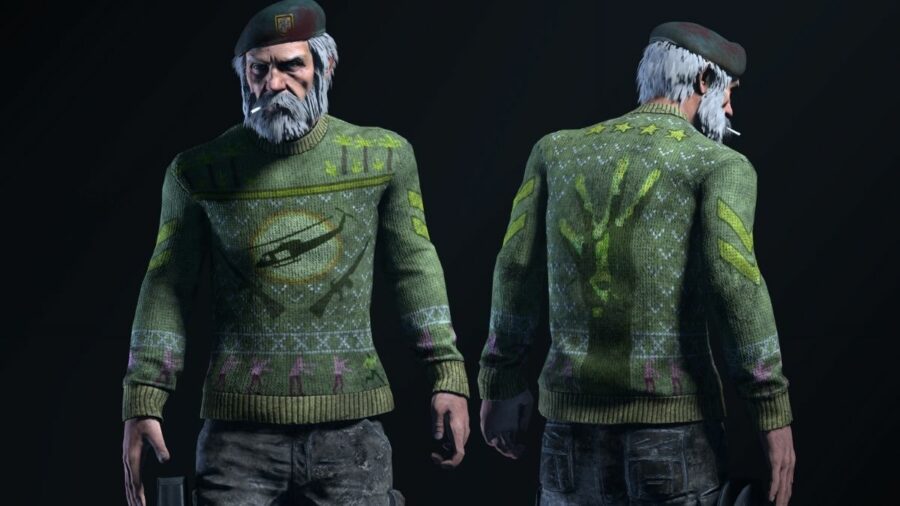 The game may not inherently be about zombies, but there's no harm in including a Left 4 Dead character in it! Toughened by his zombie killing endeavours, his perk Unbreakable allows him to fully recover from a dying state, meaning he can fully stand up as well as recover faster. Left Behind is extremely useful as he can see the auras of hatches once he is the last survivor on the map, and Borrowed Time helps his teammates. If they are immediately struck after rescuing him from the hook, they go into a deep wound state rather than a dying state—giving them that chance to distract or escape! 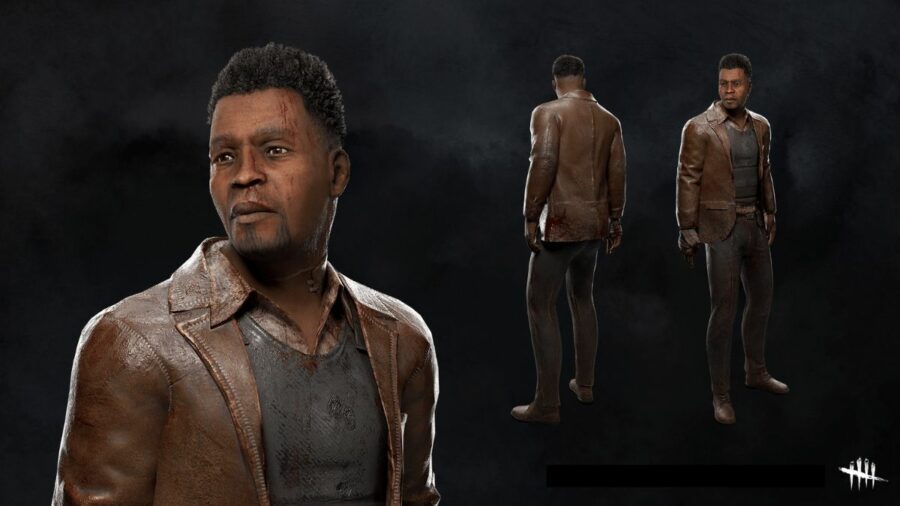 David's detective background make his perks list definitely worth considering as a survivor. If you are needing to farm tokens then Stake Out is a handy one as it allows him to gain more tokens by being in the terror radius of whoever the killer is for 15 seconds. Tenacity makes it so that David can distract the killer for longer than usual, or crawl to safety faster when in a pinch and Detective's Hunch is another team player plus. Once David has completed a generator, if he has a map all other generators will shop up in auras for the other players on the map with him. 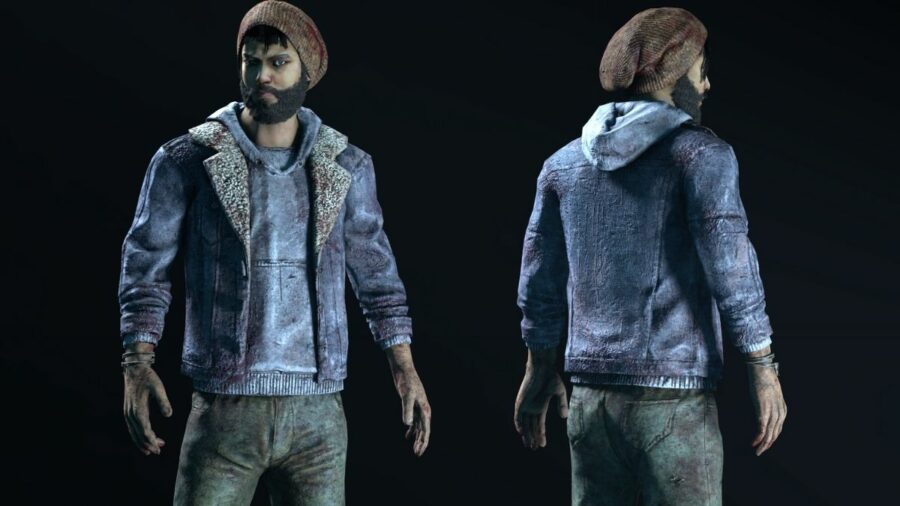 Jake is one of those suffer-in-silence types, which is very useful when playing Dead by Daylight! His perks often lend themselves to the noise reduction side of things. Calm Spirit reduces his chances of setting off the crows that lurk the map, which are essentially flying signals to alert the killer where a survivor is. Iron Will makes it so that Jake is 50-100% quieter when grunting from pain, which is another signalling device for the killer, so both of these are handy! Finally, Saboteur allows Jake to sabotage hooks without having to use a toolbox and can also destroy a toolbox before a killer can hook a survivor (if timed right). Jake will also see the auras of nearby hooks.

Related: How to Use Keys in Dead by Daylight 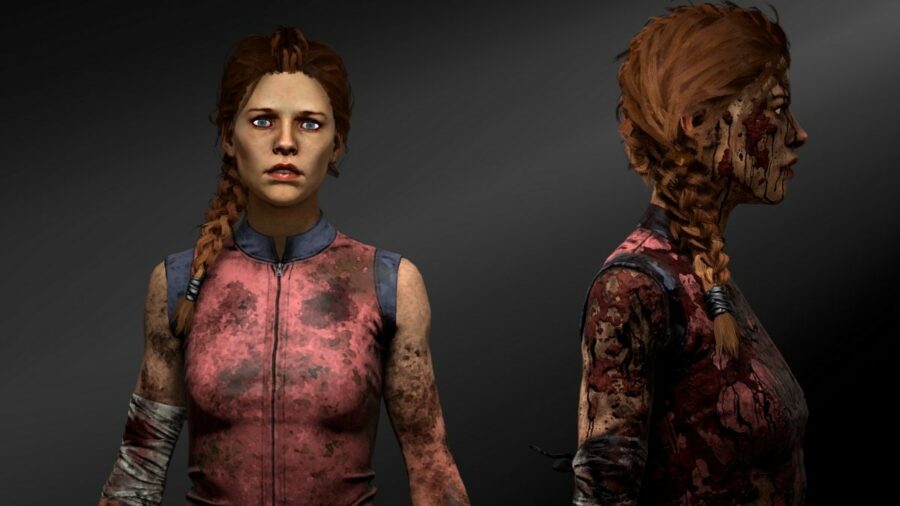 Meg is another one of those stealthy survivors, which is always a wise choice within the game. The Quick and Quiet perk means that her noise is reduced when vaulting over windows and climbing into lockers. Sprint Burst allows her to run away from the killer much faster, which is great for escape situations and Adrenaline is arguably the best perk; allowing her to recover an entire health state whilst running faster. When doing this she also ignores the exhausted command, meaning she can run through it to get further from the killer. 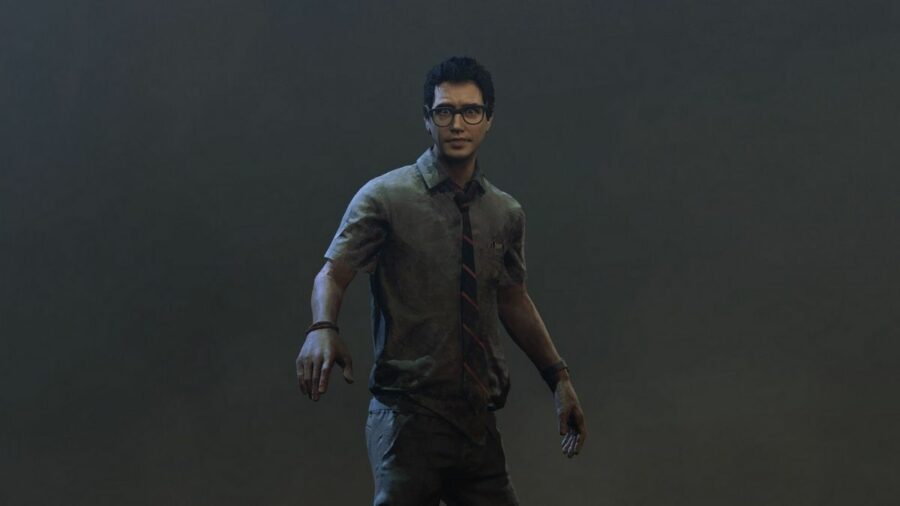 Dwight is another team player type character. Making him a good addition to help out other team members. With the Prove Thyself perk, Dwight enables other players to repair generators faster which is an integral part of the game. If players are in close range to Dwight, his Leader perk helps to increase the action speed of his teammates, meaning they can accomplish things more quickly when around him. Bond is also another useful perk, as he can see the auras of other players, allowing him to jump in on any of the tasks they are undertaking so that he can help out. All in all he's a good sport! 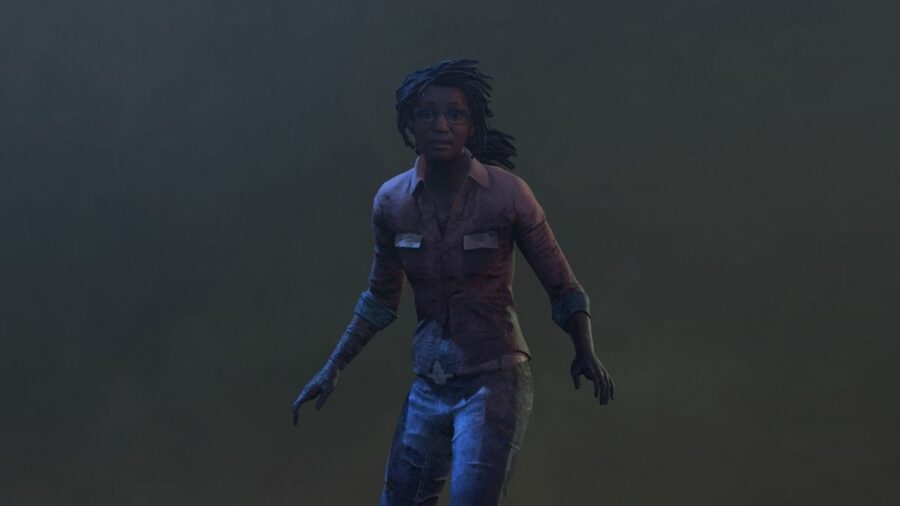 Last but definitely not least we have Claudette, who is good as a solo survivor but also once again helps out where teammates are concerned. Botany Knowledge increases her healing speed when healing an injured teammate, as well as increased efficiency—whereas Self-Care enables her to heal without needing a Med-Kit which comes in extremely useful! One of the best perks however, is her Empathy perk, which allows her to the auras of any teammates that are injured or dying. She can then travel to them before the killer does in the hopes of snatching them from the killer's grasp or the hook!

Need some more Dead by Daylight help? Check out the All-Kill PTB update for Chapter 19.

How to increase Frame Rate on Dead by Daylight