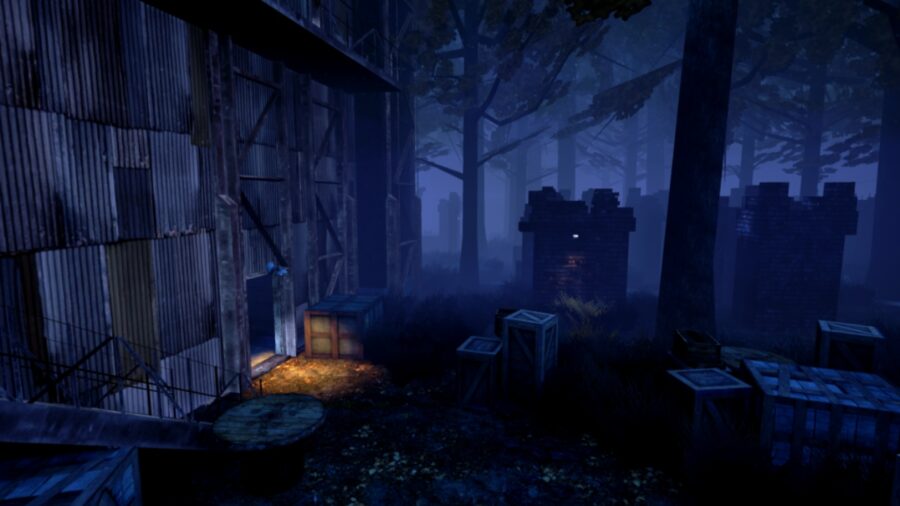 Dead By Daylight features many realms. Some are more aesthetically pleasing than others, while some are more practical for gameplay purposes. Either way, some maps are just more popular and well-loved by the community. Listed from worst to best, here is every Dead By Daylight map, ranked according to its overall likability, practicality, and accessibility during strategic gameplay sessions.

For Silent Hill fanatics, the inclusion of Midwich Elementary School in Dead By Daylight is a dream come true. For others, its multiple floors and maze of corridors are more infuriating than helpful. Midwich Elementary provides a vast range of escape options for chase sequences, and there are enough exit routes to make sticky situations manageable. However, its complex layout can be a disadvantage for hooked survivors, especially when their teammates must navigate the perplexing realm to locate them.

Despite the name, this map does not spark joy. Introduced with the Roots of Dread expansion, Garden of Joy is fairly balanced on the outside, but once the hunt reaches the twisted mansion, things quickly turn in the favor of Survivors. With plenty of windows, looping areas, and pallets, meta killers like the Huntress and Hillbilly are going to have a hard time. Otherwise, the overall size of the map makes it one of the largest in Dead by Daylight. Killers who patrol generators, like the sultry Executioner, will have an equally rough go of it.

Inspired by Eastern European forests and primarily an outdoor realm, Mother's Dwelling provides plenty of open areas with structures therein. For survivors looking to outsmart the killer, its layout is ideal for breaking the line of sight and finding useful hiding spots. Additionally, its weather effects, such as surrounding mist, make it easier for stalking Killers to go unnoticed. On the other hand, Mother's Dwelling can be infuriating for Killers, simply because there are too many easy access methods used by survivors to remain undetected.

Similar to the Raccoon City Police Station, A Nightmare on Elm Streets' Springwood realm is an oversized, multi-layered map that has plenty of pros and cons. For Killers, Springwood is a dreaded fate, especially with so much ground to cover. However, Survivors can breathe easier knowing that its basement floors and several buildings can provide plentiful cover to hide and regroup.

For outsmarting the Killer and staying one step ahead, alternative routes are aplenty for survivors in the Léry's Memorial Institute realm. With interconnecting rooms and corridors, the possibilities are endless for making a quick escape. Furthermore, killers are given a much smaller environment to patrol with generators—generally speaking—in close range of one another. Both roles benefit from Léry's Memorial for an evenly matched trial.

Another beneficial realm for both parties, Crotus Penn Asylum balances indoor and outdoor locations. Its indoor structure can be pesky for Killers during a chase sequence, but the surrounding grasslands and wreckage can provide perfect cover for stalking or planting traps. Moreover, survivors can make use of Crotus Penn's variety of nooks and crannies to sneakily repair, heal, and escape without needing to be caught in the fray of the action.

11. The MacMillan Estate - Ironworks of Misery

As many regular Dead By Daylight players will already know, The MacMillan Estate, especially the Ironworks of Misery, is a prime location for performing infinite loops as a Survivor. For a surefire method to infuriate the Killer and gain the upper hand, MacMillan is a safe bet. But while infinite loops can drive Killers insane, MacMillan relies on capable players to utilize its many perks. For less experienced Survivors, Killers can lead a chase to a dead end and use a forward-thinking strategy to zig-zag through the trees and intercept.

Dead By Daylight introduced Portrait of a Murder in late 2021, which included the Forsaken Boneyard realm. For those that prefer it, Eyrie of Crows is arguably the most open map to date—closely rivaled by Coldwind Farm. Few substantial structures exist within the realm, making it harder for Survivors to avoid detection. Eyrie of Crows provides a considerable advantage to Killers, who have the addition of brightness to aid their endeavors.

Stranger Things' Hawkins National Laboratory has been removed from Dead By Daylight as of the time of writing; therefore, its ranking is irrelevant. However, for its short-lived run, Hawkins National Laboratory provided an enjoyable experience for both Killers and Survivors. Killers could make the most of its adjacent rooms and accessible upper level, whereas Survivors could tuck themselves behind corners or objects to hide in plain sight.

Ranked by many as one of the best Dead By Daylight maps for Survivors, Mount Ormond Resort always features a generator on the first floor, making its unpredictability more manageable. Additionally, Ormond has plenty of shaded areas for evasion and numerous structures for potential loops. Killers may find Ormond distressing, but for what it lacks in tractability, it makes up for in plenty of space to hunt. Ormond is quite seamless for Killers to navigate.

Once more, Yamaoka Estate is widely considered to be an advantageous map for Survivors. Its dimly-lit areas and crowded trees are ideal for camouflage. Due to its accommodating size, Yamaoka provides indoor and outdoor coverage to keep some distance between Survivors and Killers. Moreover, stealthy Killers can benefit from Yamaoka's shrouding fog and greenery. Preemptively reduce the need for pursuit by ambushing Survivors at their most vulnerable.

Unlike previous realms, the Gideon Meat Plant is considerably more convenient for Killers than Survivors. Gideon features many specific rooms that can become confusing for Survivors to navigate, especially under the pressure of a Killer in pursuit. Survivors can spend more time wandering around aimlessly than undertaking any productive task, which grants Killers plenty of additional time to hunt them down. However, Survivors can likewise become untraceable within Gideon's never-ending network of conjoining rooms.

Related: All Daily Log in Rewards during the Dead by Daylight Winter 2021 Bone Chill Event

Another traditional favorite for Survivors, Dead Dawg Saloon works similarly the Coldwind Farm. Its bushes and plants enable Survivors to blend in effortlessly and become part of the scenery. Furthermore, several hiding spots make themselves known on the map, allowing for an adaptable escape plan during an intense chase. As for Killers, they can make use of its many different sections to construct a premeditated plan of action. Generators are within a reasonable distance of one another. Utilize a clever strategy that forces Survivors to work on adjacent generators.

Autohaven Wreckers, another balanced battleground for both Killers and Survivors, has an exemplary ratio of open space to cars and debris. It has plenty of pallets for slowing down Killers and several alternate paths for cutting off Survivors. Either way, the player can experience a comfortable advantage that contributes to their objective. In the Wrecker's Yard, when Survivors loop structures, the basement hooks and Killer shack are always nearby. Additionally, Autohaven is one of the smaller maps—meaning less ground area for the Killer to patrol.

Overall, Backwater Swamp is another larger map, but its main attraction is the unmissable boat in Pale Rose, which Grants survivors plenty of exits. Needless to say, the boat is generally the last place that a Killer would think to look, but it provides more than enough coverage to stay hidden in the worst-case scenario. Killers can find Pale Rose to be a difficult adjustment, but some Killer powers are extremely useful for patrolling far away generators, such as Freddy Krueger ability to emerge from generators across the map or the Trapper's ability to plant traps around the more concealed generators.

Haddonfield is like marmite for Dead By Daylight players: they either love it or they hate it. Despite this, Haddonfield has many perks to appease both Killers and Survivors. Its many accessible houses provide a swift exit for Survivors who navigate the upper floors and windows. Looping Killers in and out of houses is a common time-wasting tactic that allows teammates to repair generators in the process. For Killers, Haddonfield provides hooks along the main street, forcing Survivors out of hiding when their teammate is hooked there. Furthermore, its generators have fairly reliable spawn locations, making it easier for experienced Killers to track down Survivors.

For Dead By Daylight players, Coldwind Farm is almost unanimously the best map in the game for several reasons. While it may not be visually appealing or culturally popular like some of the others, the Coldwind Farm realm has its advantages for both playable roles—whether it be Killer or Survivor. As for Survivors, using the corn fields can help them remain hidden from the Killer's line of sight and make it easier to end a chase quickly by crouching and stopping the appearance of scratch marks. Likewise, for Killers who are looking to patrol generators, Coldwind is less complex than other maps, making it a less stressful experience to navigate, especially if Survivors are less inclined to use the available hiding spots.