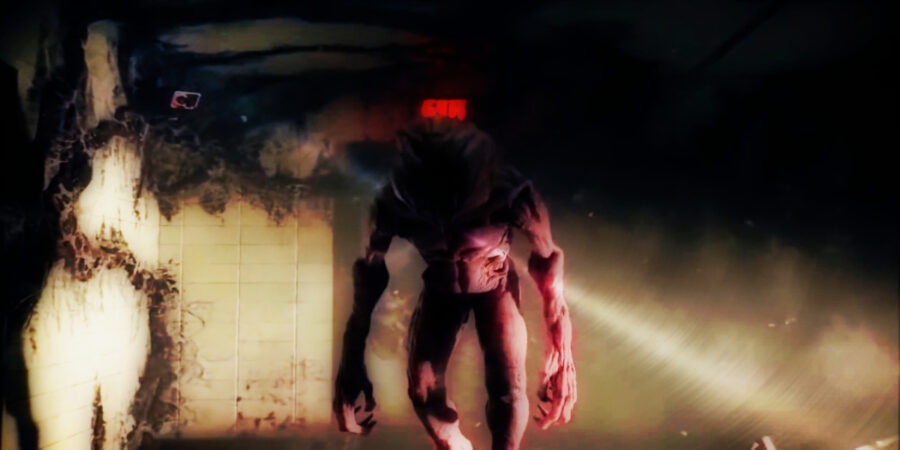 The Iconic Killers in Dead by Daylight, makes this horror game iconic in itself.

Each Killer has their own unique style, with Unique Perks that make stalking their prey even more interesting. Here’s a list of some of the best Killer Perks in Dead by Deadlight.

"A deep bond with The Entity unlocks potential in one's Aura-reading ability."

Hook one Survivor and reveal the aura of all other survivors that are 40 meters from the hook, for a total of four seconds. Players also receive a 25% stackable bonus to all Bloodpoint gains and can max out at 50/75/100 percent (depending on Tier Level) every time a Survivor is hooked for the first time. All bonus Bloodpoints are rewarded to players at the end of the trial.

"A curse is upon you. It will cause your ruin."

Unleash ruin upon the hopes of the Survivors. Slow down the regression speed of all damaged generators by (Depending on Tier Level) 100 /150 /200 percent. The Hex: Ruin will immediately begin it's curse on all generators that are left unrepaired, lasting for as long as the Hex Totem stands. This Killer Perk will ultimately give the Killer an upper hand by making the Trial even more difficult for the Survivors.

"A Hex which maintains the vile powers that flow throughout the trial."

Protect Hex Totems at all costs, and destroy those who dare to get near them. Some of the strongest Killer Perks in the game are Hex Perks, but Survivors are able to disable the Hex by cleansing its Totem. When Hex: Undying is active, Survivors' within two/three/four meters of a Dull Totem, will reveal their auras for four/five/six seconds. (Depending on Tier Level.) After a Hex Totem is cleansed, its Hex (including all Tokens accumulated with it) will be relocated to the Hex: Undying and disable it for the remainder of the trial. This extremely Teachable Perk allows players to stay ahead of the map and any Survivors who may think they can mess with a Killer's curse.

A Nurse's Calling (The Nurse)

"Still attached to the fragments of her past life, she is drawn to those in need of help."

When someone is hurt, wouldn't they want the help of a Nurse? Any Survivors that are healing or being healed within a range of (Depending on Tier Level) 20/24/28 meters, will reveal their auras. This is a highly useful Killer Perk makes a Survivor even more vulnerable to a Killer, than they already are.

Beast of Prey (The Huntress)

“Your lust is so intense, that your connection with The Entity is momentarily lost, making you totally unpredictable.”

Survivors cannot run from a Killer they cannot see. This awesome Killer Perk grants players The Undetectable Status Effect, after gaining Bloodlust Tier One. Lasting for 15/20/25 seconds, (Depending on Tier Level) with a 120 second cool-down, this effect gives Killers the ultimate advantage against their prey. Gaining Bloodlust Tier One with this Killer Perk also awards players with (Depending on Tier Level) 30/40/50 percent Bonus Bloodpoints to collect after the trial.

"Your prayers invoke a dark power that meddles with the Survivors' chances of survival."

Bring the victims in closer, for a better kill. At the beginning of the Trial, this Perk blocks the three generators that are farthest from the Killers location, for (Depending on Tier Level) 80/ 100 /120 seconds. For as long as Combat Intervention is active, Survivors will be unable to repair these generators, causing them to tend to the generators closer to their Killer.

"Smartasses get killed. We always see to that."

When being chased by a killer 101: Do what the movies say and split up. When two or more Survivors throw repair parties at any generators within a 64 /96 /128 meter radius, (Depending on Tier Level) Discordance will send the Survivors a party gift of its own. A yellow aura will highlight the generator like a disco ball and last for 8/10/12 seconds. (Depending on Tier Level) After the party is lit, the Killer Perk triggers a Loud Noise Notification and if a Survivor continues to linger, the generator will remain highlighted for an additional four seconds.

Related: How to loop the killer in Dead by Daylight

Pop Goes the Weasel (The Clown)

“A deep bond with The Entity unlocks great strength.”

Hook and rage! After hooking a Survivor, the next generator broken by the Killer is regressed instantly by (Depending on Tier Level) 15/20/25 percent of its total progression and is applied after the damage to the generator is done. Active for 35/40/45 seconds, (Depending on Tier Level) this Killer Perk allows players to control the game with a strategy that slows down their victims.

As a Killer, any chance to stalk Survivors undetected should be taken advantage of. When a generator is repaired to 70%, the Tinkerer triggers a Loud Noise notification and grants the Killer the Undetectable Status Effect for (Depending on Tier Level) 12/14/16 seconds.

"This is my world. And you can't ever leave."

"One, Two, he's coming for you. Three, four, don't open the door." Immediately after an Exit Gate is opened, the Blood Warden Perk will activate. The Entity will reveal the auras of any Survivors near the Exit Gate and will block the exits for 30/40/60 seconds (Depending on Tier Level) and can be used once, per trial. This Killer Perk is great for map control and for keeping all Survivors locked in this Trial of a Nightmare.

Interested in exploring the Survivors? Take a look at this list of the Best Dead by Daylight Survivors.