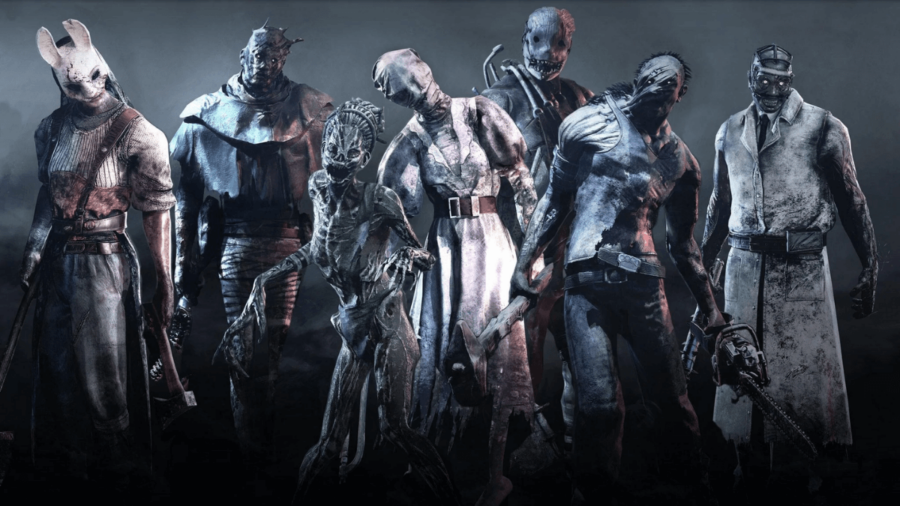 Dead by Daylight has just celebrated its five year anniversary, which means that a lot has come to the game in terms of content since it was first released. This can be daunting for people just coming to the game as a fresh face, but never fear as we are here to tell you the best killers for beginners!

If you are completely new to the game then don't worry, we have you covered. Each killer, much like the survivors, has their own perks and strengths to play with; so we will cover those in our rankings as well.

The Trickster isn't actually a base game killer, however, others on this list are so you will still have others to choose from. If you have bought the game and bundled it with the All-Kill DLC then you will have the Trickster at your disposal.

He comes with some good perks and doesn't have as steep a learning curve when it comes to trying to master the playstyle of the killer. His perk Starstruck is great for when you have captured a survivor, as it activates the Exposed status effect, allowing you to deal double damage with even basic attacks.

No Way Out is also handy as it audibly alerts you as to when a survivor has activated an exit, as well as sending an Entity to block the exit gate switches to prevent your prey from getting away so easily!

You may recognise this guy, yep, he's the one on the cover! The Trapper is a base game killer which means you can get going with him straight off of the bat! His perks are handy and he is also not too difficult to master in terms of learning how the killer's playstyle works.

The Brutal Strength perk allows you to break Pallets and Breakable Walls as well as Damage Generators, meaning survivors will have a much harder time repairing generators and finding places to hide!

Unnerving Presence also does some of the behind the scenes work as it increases survivor's Skill Check odds by 10%, meaning they are 10% more likely to fail the skill check and make their presence known to you. You can also get increased movement speed when carrying a survivor to a hook with the Agitation perk.

We have actually covered The Huntress before in our best Dead by Daylight killers list, so the fact that she appears on the best beginners list as well is a nice coincidence!

She is a ranged killer which uses Hatchets to attack survivors. This means that you can get survivors who are running around from further away, which is great if you aren't used to being up close with them just yet.

Her perks are very useful, but No One Escapes Death is one of her best as you can hit survivors and down them in one go, making her a super powerful foe to be up against. Tactics like these mean that you increase your chances of winning the match whilst also getting used to playing in the role of the killer.

Related: How Many People Play Dead by Daylight?

The Hillbilly is also another base game killer, so you don't have to go spending extra dollars on DLC to get used to playing the game efficiently.

His perks are also in a similar space to that of The Trickster in the way that you can receive audible notifications as to what survivors are doing. The Tinkerer perk will allow you to hear a notification when a survivor has fixed a generator by 70%, so you know to start hunting after them to thwart their efforts!

With Lightborn you can also see the auras of the survivors that are trying to blind you with a flashlight, meaning that their mission to escape you isn't as successful, as you can see exactly where they are within a certain radius after the flashlight attack!

The Wraith, by many people's estimations, is the best to start off with when you are dipping your toes into the pool of being the killer. His mechanics aren't as hard to master like some others and his perks are also very useful and quite user friendly so that you can adapt to your alter ego more easily!

The Wraith's perks are mostly of a very visual nature, in the way that they help you to see exactly what the survivors are doing at multiple points in the match.

Predator is a great one for seeing where survivors are heading through the use of Scratch Marks. These are left when survivors have used up 60% off their running capacity, as covered by our how long scratch marks last article. They are obvious visual signs of the whereabouts of survivors, and with predator your senses to these are more acute.

Bloodhound makes it so Pools of Blood show up as a vibrant red and can be tracked. These pools can sometimes be overlooked when they are a darker color, so the increased brightness of their appearance is a great giveaway. Shadowborn is also handy as you have an increased field of vision, so more survivors can be seen at a time!

Which killer is best to start off with will be down to personal preference, as they have different traits, perks and mechanics. Some players may like the ranged style of play that The Huntress provides, whereas others may like to get up close and personal and opt for one of the others on this list.

Whichever you choose will be the right one for you, as there are no wrong answers. But we think that for newcomers to the game, or for long-time players that have only played as survivors, this selection should get you up and running in the scary boots!

Looking for more help? Why not check out the best Dead by Daylight DLCs to get?

When is the Dead by Daylight Halloween Event?

Why is Stranger Things leaving Dead by Daylight?