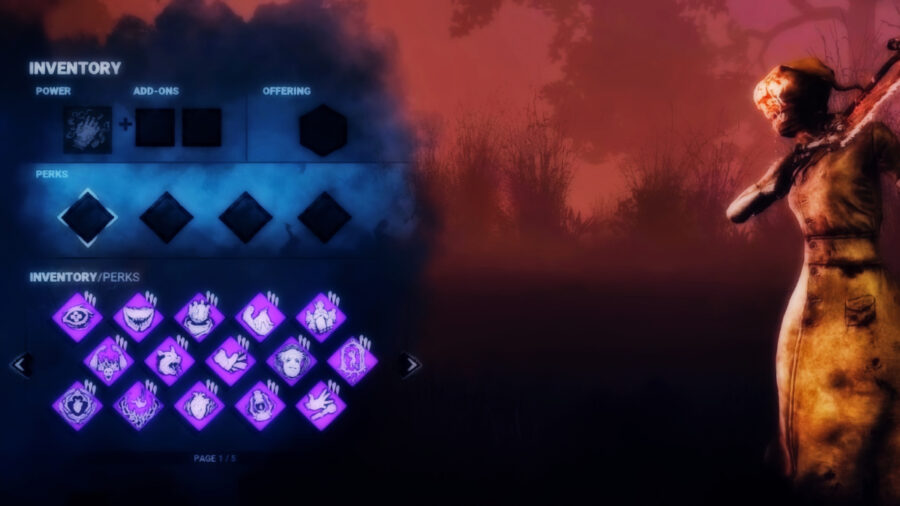 The Nurse is one of the most powerful killers in Dead by Daylight, but she is also one of most complex Killers to play with.

As a skill-based Killer, selecting the right perks will ultimately allow players to get a better understanding of how to use the Nurse's powers better. From perks to add-ons, here is a list of a few of the best Nurse Builds in Dead by Daylight.

This standard Nurse Build is great for players that are beginning to explore this Killers character and style. The perks are easy to get and are the best for tracking down the Survivors on the map.

Explore other related perks by switching Shadowborn with Infectious Fright to reveal the screams of Survivors within the Nurse's Terror Radius. Or A Nurse's Calling to reveal the auras of Survivors that are healing or being healed. These perks are great for locating your prey!

This build is one of the best possible builds for the Nurse. This combination of perks multiplies the Nurse's powers and makes the Killer more useful to play with. Excelling in map pressure, aura revealing, and hooking potential. This build is the ultimate recipe for success.

Corrupt Intervention is another great perk to use for map control, that will block the three Generators that are furthest from the Killer at the start of the game.

This build is for players that have the best understanding of the Nurse's true power, and it will leave Survivors with absolutely no chance of survival. The mixture of perks for this build is key in making it 100% effective each time. With killer map pressure and control, even the best Dead by Daylight Survivors have no defense against this flawless build, truly making it unbeatable.

The Nurse uses a Blink Ability to move through pallets to get closer to Survivors. Players can use Add-ons like Fragile Wheeze, Spasmodic Breath, and Kavanagh's Last Breath to heighten this ability and ultimately dominate each trial.

Want to become the ultimate Killer in DBD? Take a look at this list of the Best Killer Perks in Dead by Daylight.