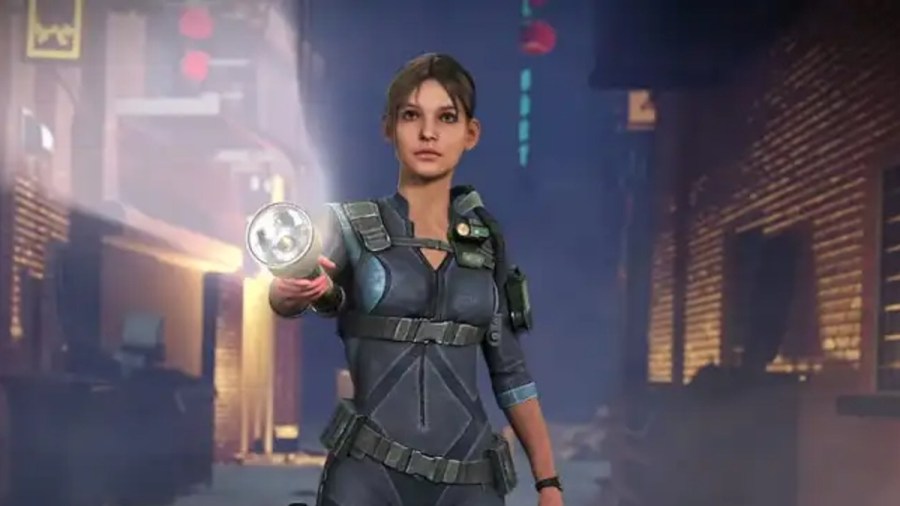 Image by Pro Game Guides via Dead by Daylight YouTube

The unfortunate survivors and monsters from Resident Evil are venturing back into the Entity's realm in Dead by Daylight. The Fog is always hungry for new victims in all manner of attire. What's curious is how and when the skins were revealed.

What are the new Resident Evil skins for Dead by Daylight?

This isn't the first or second time Resident Evil has crossed over with Dead by Daylight. The Resident Evil Chapter was released on June 15, 2021, and brought Leon S. Kennedy, Jill Valentine, and the Nemesis to the fog along with the RPD. Also included as alternate skins were Claire and Chris Redfield.

Project W continued the trend and was released on August 30, 2022. In addition to the reworked RPD map, players got a new killer like Albert Wesker and two new survivors with Rebecca Chambers and Ada Wong. Not stopping there, Behaviour Interactive also added new skins for Wesker, Chambers, Wong, Kennedy, Valentine, Feng Min, and Felix Richter. Sheva Alomar and Carlos Oliveira stepped into the Fog as skins for Valentine and Kennedy. Finally, the fearsome Hunk became a skin for Legion. Truly, this was an embarrassment of riches.

So, while more Resident Evil is always welcome in Dead by Daylight, it's strange to see it as part of another event and not a chapter all its own. The three new skins have been snuck in as part of the Lunar New Year's Moonlight Burrow event. Again, I don't want to sound like we're complaining, but it's just so weird. There were no announcements made prior, no teases released, just nothing. We're glad that Capcom and Behaviour Interactive seem to have a very healthy relationship, but this is simply bizarre. So much so that instead of doing a regular news piece, We're now writing about the odd tie-in.

I guess rather than look a gift horse in the mouth, I should be grateful that we're getting more fantastic skins and more overall Resident Evil content in the asymmetric horror title. What do you think? Should the third Resident Evil entry have received its chapter? Sound off in the comments below! In the meantime, why not read about Dead by Daylight's sexiest killers?