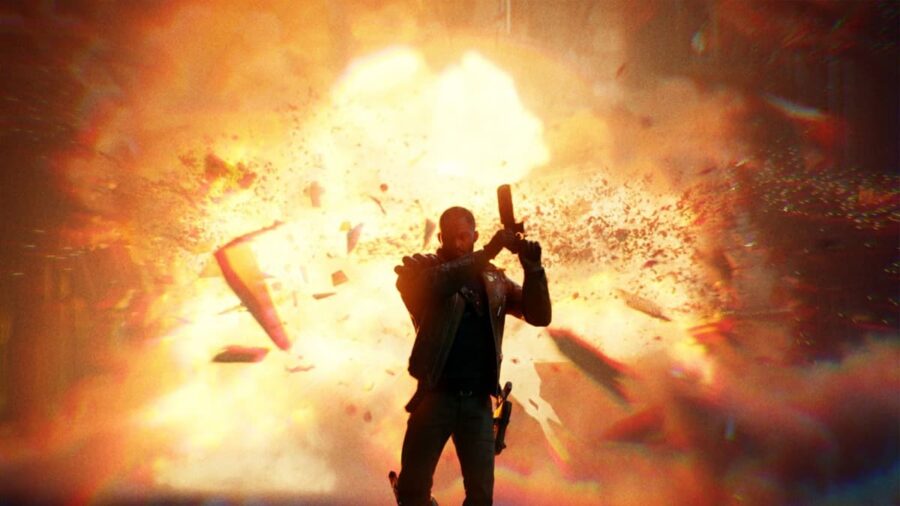 On your second trip back to your apartment in Updaam, you'll trigger a Julianna Invasion. Meaning she'll attempt to find you and murder you. This does not take long for her to do so and will no doubt involve a shootout.

After you have killed her or died, you have peace to explore. One place you need to explore is the property to the left as you exit your apartment windows—the one up the metal set of stairs.

These codes given to you are random. Even if you know someone else's codes for the keypad, they will not open the locks in your game.

As soon as you enter, you'll notice there are three locks on the wall in front of you. If you explore the room, you'll find a tape to listen to and a bit of paper. The paper explains to you that three Eternalists have made a pact, and each one has a code. This code is Cassandras.

The first code is on the sheet of paper, but the other two are unknown. The only clue you have is that each Eternalist loved to smoke and get high.

In the morning, go to the place, and read the note on the table. It'll mention sabotage and that only the yellow pipe is safe. If you look to the right of the note, you'll see a device with three buttons and three different colored pipes, red, yellow, and blue.

Now we already have Cassandras code, so we need Vanya's and Anatoly's, the other two members of the Pact of Smoke.

Next up is Anatoly's code. Make sure the light is green on the blue wire in the morning. Now head to Karl's Bay, and Anatoly's home is now accessible in the afternoon. The house is to the left of Fathom of Lament and underneath the Chaos Freedom sign.

You'll see a tunnel with a colorful pathway leading to a bright red house. Just past the house on the left is Anatoly's home. Inside you will find a pact note near the fireplace, and you'll have the second code.

Now you can get Vanya's code. Make sure the green light is on the red wire in the morning. Then head to Karl's Bay in the afternoon or evening, as Vanya's residence is now accessible during these times.

Her house is through the Gardens of Perception, to the left of where you exit out of your entrance gate. You'll notice the area immediately because you have to go through a massive cardboard tree. When through, go down the stairs on the right, and Vanya's home is on the right.

Head inside, and on the kitchen counter is Vanya's pact note.

Now you have all three codes. Head back to the three keypads in Updaam in the morning or at night, unlock the door, and complete the Pact of Smoke puzzle.

For more Deathloop guides, we've got you covered

Where to find Charlie and Fia’s photograph location at Fristad Rock?

Every Target in Deathloop

How to use Focus in Deathloop – How to tag enemies