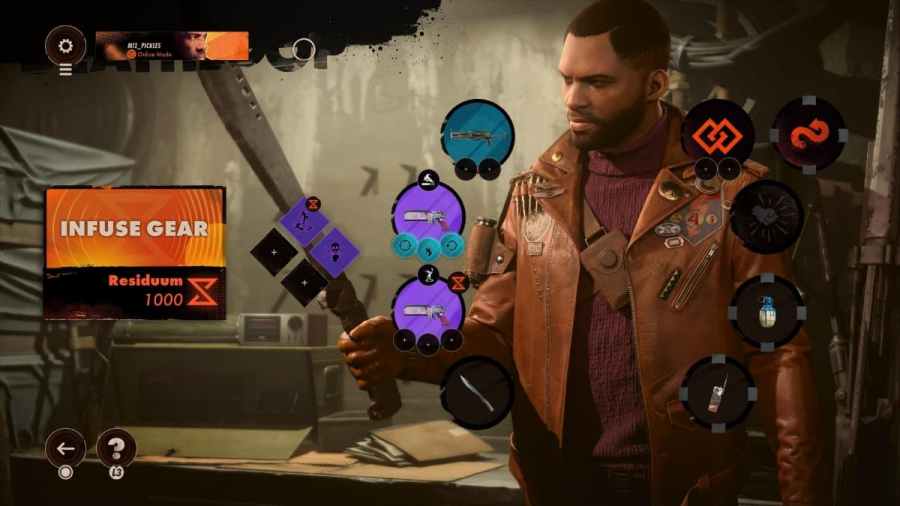 In Deathloop, Colt Vahn is trying to escape a time loop on Blackreef. To do this, he needs to bring the best weapons and tools to take out the eight Visionaries controlling the island. Without Residuum, he has to start the day over, but with Infusion, he can keep his favorite toys and tricks for his next run.

To unlock Infusion in Deathloop, players must finish the main mission, Ubiquity, and unlock the secret of Residuum in Dr. Wenji Evans' lab. Residuum is a resource found throughout Blackreef that allows Colt to retain certain resources, abilities, and upgrades across time loops. Colt needs to harness the power of this mysterious resource if he wants to bring his resources back with him when the day resets.

Related: Does Julianna get extra lives in Deathloop?

Residuum can be found in many of the items on Blackreef and is characterized by a bright neon glow.

Unlocking something with Residuum ensures that Colt will always have it in his inventory when cycling between levels later. Be advised that Colt can only spend this resource in between missions from his hideout, and if he dies, he'll lose all the Residuum that he was carrying. Thankfully, his Reprise ability allows him to harvest the resource from his dead body.

Be sure to use as much of this resource as possible, as Colt can't transfer Residuum between loops. Infuse all the trinkets, weapons, and abilities worth the effort to build a powerful arsenal.

For more on Deathloop, we've got you covered! Be sure to stick with Pro Game Guides.