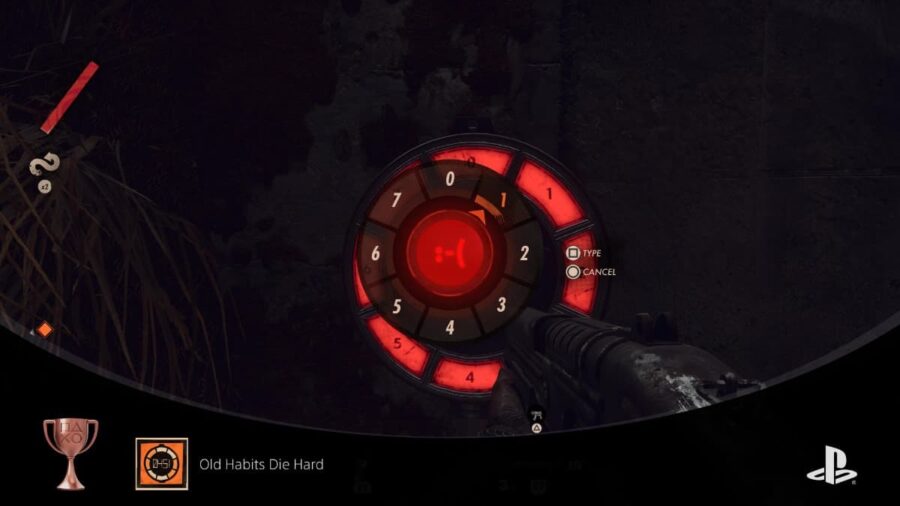 Deathloop is the latest game by Arkane Studios, one that puts players in the shoes of Colt Vahn on his mission to kill 8 Visionaries before the day ends on Blackreef island. While the game is part of a new franchise entirely, that doesn’t mean that Arkane won’t reference its past projects here. Old Habits Die Hard is the game’s first Easter Egg, and one available at the very beginning.

This can be done as soon as Colt sees the prompt from the voices in his head: You know the code. To unlock the Old Habits Die Hard trophy, players will have to go to any of Deathloop’s keypads and enter the code 0451. This is an Easter Egg reaching back to older Arkane titles like the Dishonored franchise, and while it may not unlock the gate, it’s a nice nod to older games by the studio. Players will get a bit of unique dialogue from Colt when he attempts to put this code into a door.

Related:How to Execute enemies in Deathloop

While Colt will eventually learn the codes to each of the game’s doors through exploration, players can enter codes manually at their leisure. It’s nice to know Arkane has a sense of humor when it comes to their previous works.

For more on Deathloop, check out our other guides, like Where is the code to unlock the Gideon Fry Delivery Booths in Deathloop? Right here on Pro Game Guides.