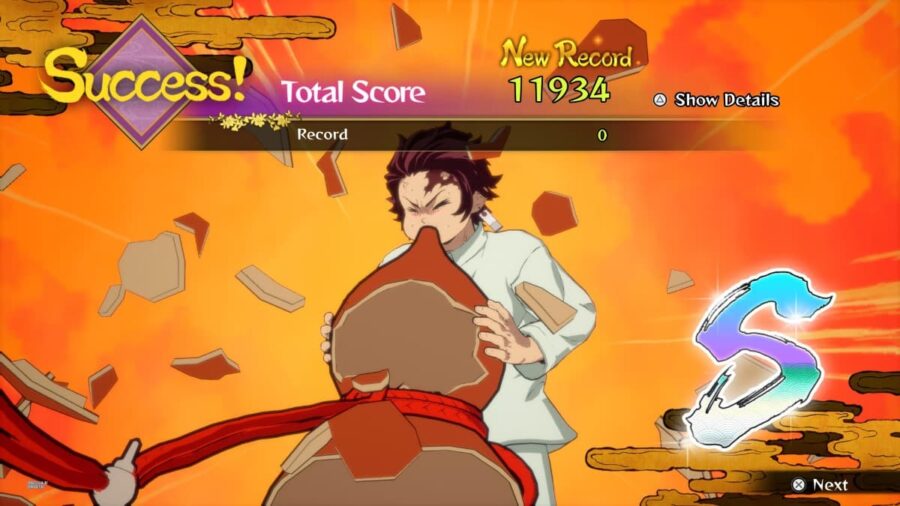 Demon Slayer: Hinokami Chronicles is the latest arena fighter from CyberConnect2, the team behind the Naruto Ultimate Ninja Storm series. At the same time, the game players similarly to its predecessor, plenty of activities set it apart, including the Gourd Breaker minigame.

The Demon Slayer: Hinokami Chronicles Gourd Breaker minigame is a rhythm game that requires players to time their button prompts as they line up with the circles on their screen. Players must hold each button prompt until the line following the prompt ends in another input request. Remember to keep the button held down after each prompt. There are four ratings for inputs: Great, Good, Bad, and Miss. Getting Great and Good creates a combo, so do your best to time those prompts ideally. Keep in mind that flashing button prompts will appear that are worth more than regular ones.

Related: What comes in Each Edition of Demon Slayer: Hinokami Chronicles?

At the top of the screen, players will notice a bar with several dividers. Each division separates the ranks for the minigame. After players improve their performance grade, they’ll have to mash one of the four buttons to fill and eventually shatter the gourd Tanjiro is using. Players can check their current rank in the top left corner of the screen during Gourd Breaker. Keep in mind that the button-mashing segments will get progressively more difficult as the event goes on.

There are two difficulties in the Gourd Breaker minigame: normal and hard. Once players clear normal, they can attempt hard by heading back to the Chapter 7 menu in Story mode. Completing the Gourd Breaker minigame for the first time unlocks the Smashing Gourds trophy/achievement while beating it with an S rank unlocks the A Lotta Hot Air trophy/achievement, so try to shoot for perfection.