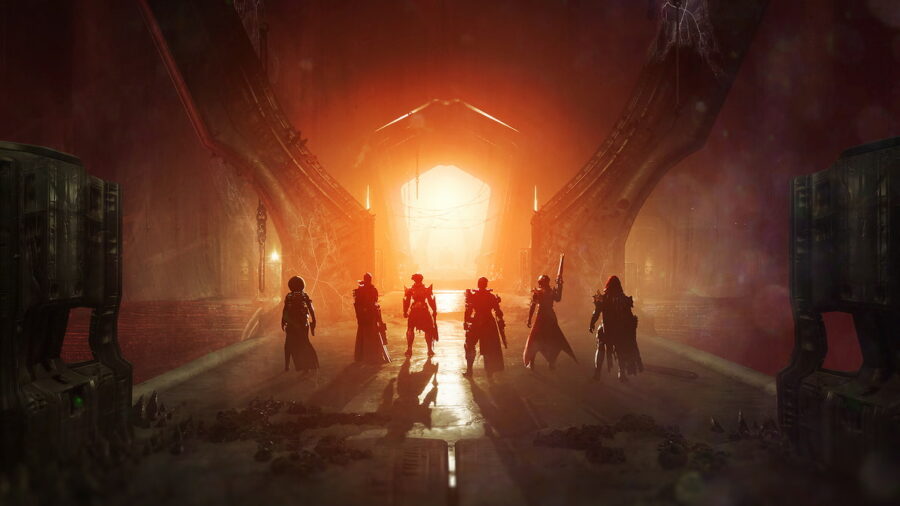 Oryx's Dreadnaught is home to many secrets. It falls to the Guardian and their fireteam to make their way through the reprised raid in Destiny 2 to take out the Taken King once and for all. Along the way, there will be plenty of loot to collect and equip. But Guardians with a keen eye will want to go out of their way for several secret chests. Here's where to find them.

After clearing the first encounter, you'll come to a room with a Tomb Ship laying in wait. Have two Guardians stand on the plates per usual to drop the barrier while the rest of the fireteam jumps aboard the ship. Rather than ride the ship through the slit in the wall, jump off to the left as you're about to pass the divide. There will be a narrow path to walk up. At the top of the incline, jump through the hole and proceed through for the first secret chest.

Related: What to do with ‘A Small Gift’ in Destiny 2 – Cat Locations

There are five plates located in the sprawling maze. Use the diagram above to leave a Guardian at each location and have the fireteam step on the plates in order. Once all five have been stepped on, a message will pop up saying that a chest has appeared. Head back to the middle of the maze to claim it.

After defeating Golgoroth, there will be a large room with phallic pillars that jut out to bonk Guardians into oblivion. Head through the puzzle until you reach the first plate and look to the right. There will be a column with two narrow platforms, one above the other.

Jump to the top of those platforms and pull out your trusty Ghost. D1 players should be familiar with this as Ghost will make invisible platforms visible. Look around until you see the outline of a platform. Jumping on it will make it visible. Ascend to the top, but before you jump back toward the Wall, look up and behind you. There will be a large doorway. Jump inside and run to the back of the room for the third and final chest.

For more Destiny 2 goodies, check out What is Iron Banner in Destiny 2? Iron Banner Lore and Event, Explained on Pro Game Guides.