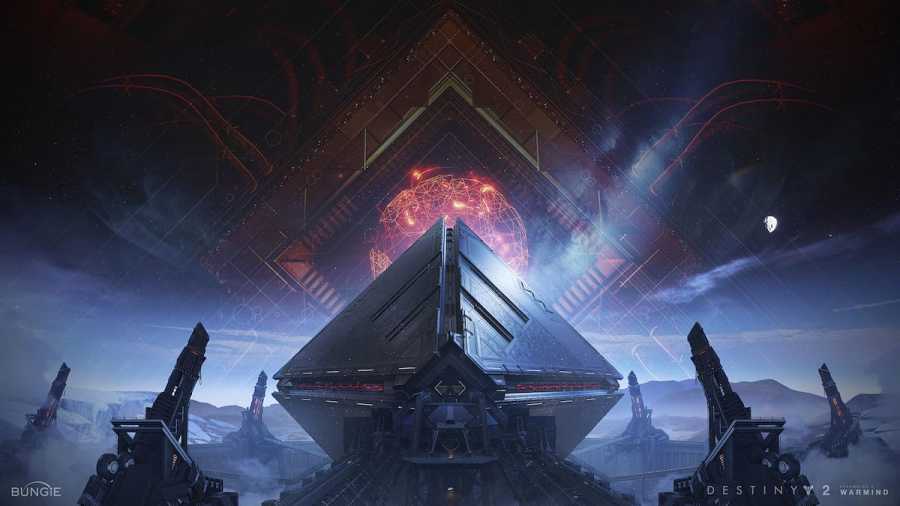 The Destiny series is full of larger-than-life characters: some good, some bad, and some in between. First introduced in the Cosmodrome of Destiny and then reappearing several times throughout the course of Destiny 2 is the AI Warmind, Rasputin. AI-COM/RSPN, The Tyrant, Big Red...he goes by many names and his actions are the stuff of legend. His history is long, complicated, and utterly perfect for delving into.

Prior to the Golden Age of humanity, Rasputin began "life" as an experimental AI designated as "R." His creator was Dr. Mihaylova and he was to be a safety AI for the Ares One mission to Mars. It was during this time that R became self-aware and began to write its own code. After the successful operation of that mission, R was integrated into an emergency response system for space stations and would run system diagnostics for checking oxygen and fuel levels.

Rasputin was formally designed and built by the Clovis Bray Exoscience Corporation during the Golden Age of humanity by integrating R into an interplanetary defense system. His creation was personally overseen by founder Clovis Bray and his granddaughter, Ana Bray. Whereas Clovis sought a more pragmatic and clinical approach to creating the AI, Ana saw the opportunity to imbue life into Rasputin by teaching him art, music, and the value of humanity.

Related: How to get the Season 19 Iron Banner armor early in Destiny 2

Rasputin was the first to discover the approach of the Darkness. He tried vainly to stop the oncoming force, but either failed in application or through pre-ran scenarios. This flew in the face of his core objective to protect humanity at all costs and resulted in him rewriting his code and implementing the MIDNIGHT EXIGENT protocol. This would allow him to abandon his previous functions and order all of his subsystems to go dormant in order to survive.

It was during this time that preparations were made under the ABHORRENT IMPERATIVE. This option would allow Rasputin to attack the Traveler, thereby trapping it on Earth, in order to protect humanity from the Darkness. While the existence of this protocol was confirmed, its execution never was. Did the Traveler stay to protect humanity during the Collapse or was it forced to stay so it couldn't abandon us like it did the Eliksni during the Whirlwind?

On the moon of Titan, Dr. Shanice Pell discovered some of Rasputin's data on the Darkness. Unwilling to let this information get out, Rasputin enacted the TWILIGHT EXIGENT protocol and shot down Dr. Pell's ship with a Warsat, killing all of those onboard as it tried to evacuate Titan. This would mark one of the first instances of Rasputin's morally questionable actions. Are the deaths of a few worth the price if it allows the rest to survive?

The Collapse finally began with the arrival of the Darkness in the Sol system, and the Hive Worm God, Xol, Will of the Thousands, began its conquest of Mars. Being housed in the Hellas Basin on Mars, Rasputin would not allow this to happen and enacted the SIBERIAN ENTROPY protocol which flash-froze that section of Mars and trapped Xol and its Hive army beneath the ice.

Following the Collapse, the Sol system entered the Dark Age. This was when the Traveler emitted Ghosts to go out and raise up those they deemed worthy. When one of Rasputin's assets on Earth, SIDDHARTHA GOLEM, was resurrected by a Ghost and turned into the Risen called Felwinter, the submind that was left on Earth reactivated.

Rasputin created SIDDHARTHA GOLEM during the Golden Age to act as a proxy that could go out into the world and gather information about humanity from humanity itself. This exo frame, like many others during the Collapse, perished. So, when the Light revived him without his memories, as is standard procedure, Rasputin took this as the Light taking his son. As Felwinter wandered the Earth, it was constantly under attack from robotic frames and Warsats from the vengeful AI.

Unable to kill his Risen son who had since joined up with the Iron Lords, Rasputin opted to make a peace offering. He would give the Iron Lords SIVA, the universe's most powerful nanotech. SIVA could dismantle anything at a molecular level and rebuild it into any form imaginable.

When the Iron Lords met with Rasputin in the Plaguelands at Site 6, the AI Warmind enacted the ABSALOM KNIFE protocol which activated all of its defensive measures, including SIVA, against them. Hundreds of Iron Wolves, including eight of the founding 10 were slain by Rasputin. Only Lord Saladin and Lady Efrideet managed to escape. Having finally killed his son, the Tyrant wept in silence and began observation of the Risen.

The Age of Guardians

During the events of Destiny, the Guardian and Ghost discovered that Rasputin was still alive. They repaired his communications array at the Terrestrial Complex and this allowed the Earth submind to reconnect with his interplanetary network. Almost immediately, Rasputin began launching orbital strikes against the Vex and Cabal on Mars. The Cabal suffered great losses and the infamous Valus Ta'aurc ordered the equally menacing Ice Reapers to track down the Warmind.

The Vanguard thought that they could gain an ally in Rasputin and sent a scouting party to meet with him. Rasputin responded by slaughtering said party. Despite this, the Guardian and the Vanguard would continue to encounter Rasputin both on Mars and Earth. Due to several threats from different sources like the Hive and Fallen breaching his bunkers and jeopardizing all they contained, Rasputin enacted the IKELOS protocol. This began the crafting of advanced weaponry which was to arm the Guardians against the many different forces of the Darkness. After all, if everyone else was busy killing one another, Rasputin and his bunkers should be left alone.

After the Traveler awoke during the Red War, the ice caps on Mars began to thaw out. This led to Xol, Will of the Thousands, and his Hive army to stir once more. Rasputin enacted the AURORA PALISADE protocol and began crashing Warsats into the planet to stop them.

Unable to quell them, Rasputin accepted the help of his former creator, Ana Bray, now a Guardian herself, and the Guardian. Rasputin gifted them with Golden Age weaponry and the trio finally managed to put down the threat of the Hive on Mars. With the threat removed, Rasputin allowed Ana Bray, the Guardian, and Commander Zavala into his core on Mars and met with them. It was there, that he made the following proclamation.

The Bray family shaped me to be an all-seeing savior...while your Vanguard sought to wield me as a primitive weapon. But today, that ends, and I define the reality of my own existence. My sight will stretch to the edge of this system and beyond. Never again will a threat go unseen. From this day forward, I will defend Humanity on my own terms. I am Rasputin, Guardian of all I survey. I have no equal.

Related: How to unlock Seraph Chests in Destiny 2

Years after the events of Warmind, the no-longer exiled Warlock, Osiris, sought out Rasputin. The cantankerous Warlock sought to start a fight with Rasputin, calling out his questionable allegiance as he abandoned humanity during the collapse and slaughtered hundreds of Risen during the Dark Age. As Osiris demanded an answer as to where the Tyrant stood, Rasputin responded with coordinates for a signal near the edge of Sol's system.

This signal would ultimately be the Darkness returning to finish what it had started untold centuries before. But before they could deal with that threat, the Vanguard needed a way to stop the last Cabal ship, The Almighty, from crashing into the Last City. Commander Zavala, working with Ana Bray and the Guardian, reached out to Rasputin.

In order to protect this last bastion of humanity, Rasputin would need his entire arsenal brought online. Legions of Guardians were sent to work to reactivate Rasputin's Seraph Bunkers and defend his Seraph Towers as they were constructed. These would give Big Red the power he needed to stop The Almighty while simultaneously arming Guardians for the encroaching battle against the Darkness.

It was during these events that the Guardian and Ana Bray were directed to Felwinter Peak where, in a peculiar turn of events, Rasputin began to share his history with the old Iron Lords. The pair were then sent to the Seraph Bunker on the Moon where Rasputin told them the story of Felwinter.

With his systems fully operational, Rasputin launched a full assault on The Almighty. In Destiny 2's second live event, thousands of Guardians sat in the Tower and watched as the Warmind laid into the titanic ship and brought it safely crashing down outside the Last City.

Following the destruction of The Almighty, the Darkness began its push into the Sol system. As the fleet of Pyramid Ships pushed inward, one ship moved off to Io. Rasputin engaged with the full might of his systems only to be batted away like a fly. Rasputin, his subminds, and all of his entire systems were no more.

Ana Bray, unwilling to let her creation and friend die, was able to find a remnant of Rasputin cycling through the buffer of his systems and extracted it into a single engram. There, the once mighty Warmind continued to decay.

Beginning in Season of the Seraph, Ana Bray revealed that she had been constructing a special exo body to house Rasputin. However, to safely transfer him from the Engram and ensure he is intact, she tasked the Guardian with retrieving data from Rasputin's subminds across the system. With the help of her egotistical grandfather, Clovis Bray, Ana seeks to restore the Warmind for another chance at stopping the Darkness...

For more Destiny 2 goodies, check out How to get the Revision Zero Exotic in Destiny 2 on Pro Game Guides.

Who is Rasputin in Destiny 2?